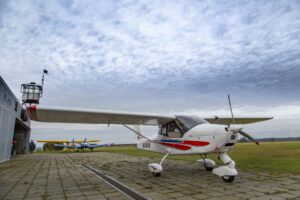 The Experimental Aircraft Association (EAA) announced that the Modernization of Special Airworthiness Certificates (MOSAIC) rulemaking initiative remains on track following meetings of ASTM International Committee F37 on Light-Sport Aircraft last week. According to EAA, the committee has been “tasked with updating industry consensus standards for light-sport aircraft to prepare for and accommodate anticipated changes to the regulations under the MOSAIC project.” The MOSAIC package is expected to include language for light-sport reform along with a new Light Personal Aircraft (LPA) category.

“Top on the priority list for many EAA members, the MOSAIC package is still on-track to expand sport pilot privileges and the range of aircraft they can fly, including a shift to a performance-based metric describing sport pilot-eligible aircraft (LSA) as opposed to the current weight limit,” EAA said. “Additionally, a new category will allow larger and more complex aircraft to be built under LSA-like rules but will likely require a recreational or private pilot certificate to operate as is the case for similar type-certificated aircraft today.”

EAA says the proposed rule is on schedule to be released for public comment by mid-2022. Publication of the final rule is planned for the fall of 2023.