Becoming a repeat offender is not as uncommon as you might think. Building an airplane might even be considered an addictive activity, so watch out—you could easily end up in the cycle. For every builder who struggles to the finish line and swears that they will never get involved in a project again, there seems to be two or three more that get flying and then find a huge hole in their life—a hole that can only be filled with another project. Some find that they get started on the next project without even realizing it—the building process is so ingrained that they suddenly find themselves helping a friend, then taking over the project and moving it to their own shop.

I know a little of what I speak—I am currently on my fourth build. And there are countless more aircraft that I have worked on in my life. After completing my RV-8, I found that I was so busy flying it 300 hours per year that maintenance and a few modifications kept me happy. When my wife wanted a project, we got started on the RV-3, and I found an interesting problem—I kept wanting to build the same airplane twice! 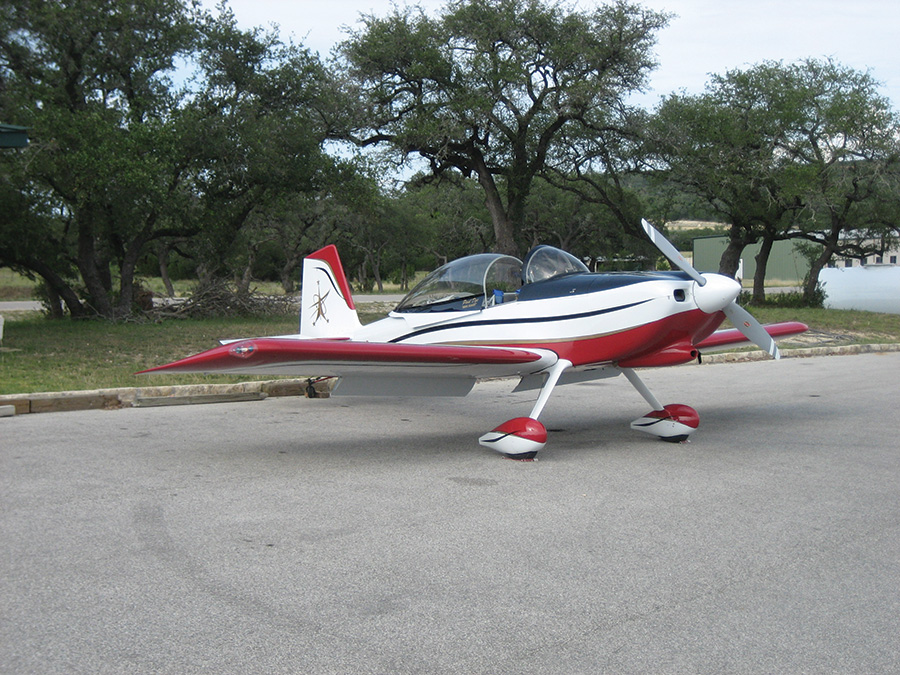 The author’s RV-8, built in 2005, has a full IFR EFIS from Grand Rapids Technologies.

Now obviously a big, two-seat tandem RV-8 isn’t the same as the single-seat RV-3. But the interesting thing about building an Experimental airplane is not just the basic design—it is all of the decisions that we make along the way. A choice of engine alone involves lots of decisions. Once we’ve picked a basic size from the range of engines appropriate for the airframe (how many people go with the least horsepower? Most go the other way!), we have to decide on a carburetor or fuel injection, and then which type of carb or injection system. Think ignition is simple? Well, you have mags or electronic ignition—and if you go with EI, you can choose among a myriad of systems from different manufacturers. Now we are seeing both electronic ignition and electronic fuel injection beginning to appear—yet more choices to make!

How about avionics? Are you going VFR or IFR, day or night? Planning on simple steam gauges or complex glass? One com or two? ADS-B now—or will you wait for it? How many antennas, and where do you place them? Single electrical bus design, or do you want a second bus, another alternator, maybe a couple of batteries—the choices are almost endless.

The real problem is that if you do a conscientious job of making rational decisions, you can easily end up in the trap of building the same plane twice. How? Well, if you made a rational choice based on sound logic the first time you built, why wouldn’t you make the same choice again? After all, it was a good idea, you had a good reason. Anything else would be less—or admitting that you made a mistake the first time, right?

Well…not really. The context for decisions is important. Just because you decided on a carbureted engine the first time around doesn’t mean that you have to make the same choice the second time, even if that first engine is purring like a kitten and doing just fine. Maybe that first airplane was a simple upright cruiser and the next one is going to be an all-out aerobatic machine. Fuel injection might look a little better now. And hey—didn’t you build that first carbureted airplane about ten or fifteen years ago? A lot has happened in the fuel injection world in that time; systems are more reliable and easier to work on. Take another look—you might be surprised. I sure was. I have always been happy with carbs because they are simple and can be worked on with a wrench and screwdriver in a cornfield if need be. You might want a hammer, too. 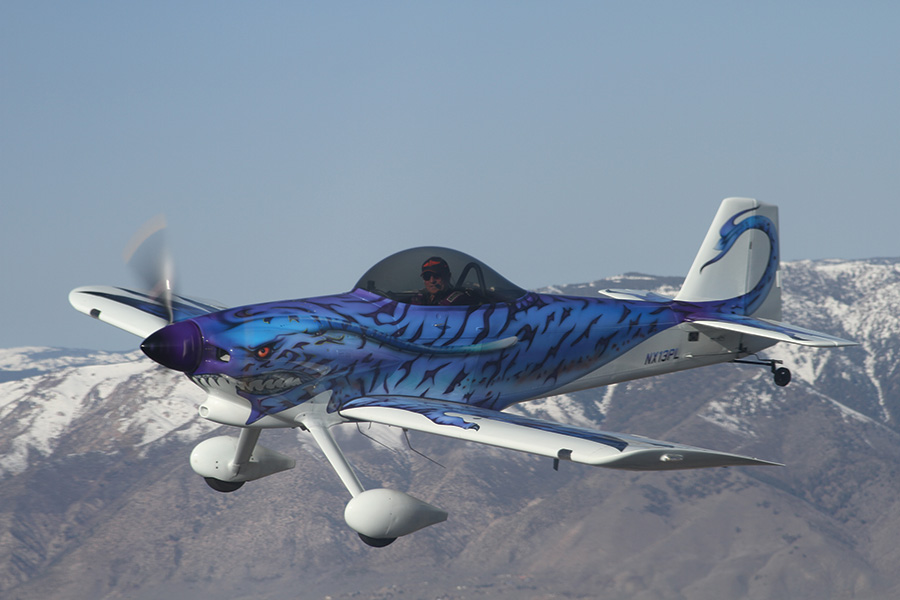 The RV-3 built by the author and his wife is fuel injected for better aerobatic performance and sports a newer-technology Garmin G3X EFIS.

Fuel injection in the old days was always more finicky, and if you had a problem, it was off to a flow bench and a magician with special tools and incantations. Well, our RV-3 has been flying with fuel injection for a little more than three years now and hasn’t given us a lick of trouble. If something does get plugged up, I might still have to send it off to be fixed, but so far—no problems. And if it needs work, I have a couple of other airplanes to fly while it’s in the shop. It’s not a disaster, and meanwhile, we have all of the benefits of injection like better flow distribution, leaner lean-of-peak ops, and it doesn’t care if it is upside down or right-side up.

I used to believe strongly in building with nice connector plugs at the wingroot so that you could easily disconnect lights and antennas if the wing has to come off. Well, ten years later with three different airplanes, I have yet to need to pull a wing—but I have had corroded connectors causing electrical problems. If I had just left two extra feet of wire, I could cut it and then splice it if the wings ever do need to come off—but I don’t anticipate that. Once again, I have changed my mind, this time based on experience.

How about electrical design? Well, there have been advances here as well. We have more choices, and avionics often have multiple power feeds built in. And modern avionics are so reliable that even the notions of redundancy that we took for granted ten years ago are worth re-examining. I still like to have two com radios, but not really for redundancy. I just like to listen to multiple frequencies at once and have them called up and ready to go in order when I get in complex airspace.

I have been a big proponent of separating autopilots and EFISes in the past (although I want them to talk to each other), so that if one fails the other can help you fly the plane to a successful landing if you are in the clouds. Well, integrated autopilots have now reached a state where their own designs allow them to operate independently of the EFIS head—the same level of redundancy, even though they have the same manufacturer and are tightly integrated. The world has changed, and we should consider changing with it.

One thing doesn’t change, however: the process of defining your requirements, then making choices based on those requirements. If you really feel that your first airplane missed the mark, or the requirements changed while you were building (while you took five years to build your two-seater, you suddenly found that you had produced two offspring, and now you need a four-seater), then feel free to take another stab at building the same airplane again—there is no harm in that really. But maybe the next time around, you want a bush plane instead of a speedster. Or, in our case, we wanted a motorglider to complement our cross-country and aerobatic machines. Well, that and a bush plane. In either case, the requirements are different, so the choices we make will likely be different.

Just because I made the right decision the first time around doesn’t mean that the same choice will be right on the next airplane. I have to free myself from feeling like my ego will be bruised if I change my mind—or my entire way of thinking. That isn’t indecision, or saying that we made a mistake; it’s called growth. As we grow in our skills and knowledge, we will undoubtedly make new choices. Embrace the new, revel in the unexplored, and enjoy the flexibility that a second (or third) project brings to the table.