FAA Order 8900.1 has been amended since the version quoted below, with the addition of a note that reads:

This change came in after I got my A&P a few years ago – it seems that someone in the FAA decided that they really didn’t want E-AB building time to count towards the certificate, and added that paragraph in specifically. So any Inspector who is doing it “by the book” now can’t let you use all that construction time.

The latest version of 8900.1 is available online.

The question comes up frequently on internet chat boards relating to Experimental aviation: Can I use my experience in building an airplane as the basis for getting my Airframe and Powerplant Mechanic’s certificate? Up until recently, based on my own experiences with asking the question of FAA personnel in various places, I’d have told you that the answer was: It’s a long shot. Now, however, I have a different answer, based on the fact that I am working my way down the road toward an A&P ticket based on years of working on aircraft. 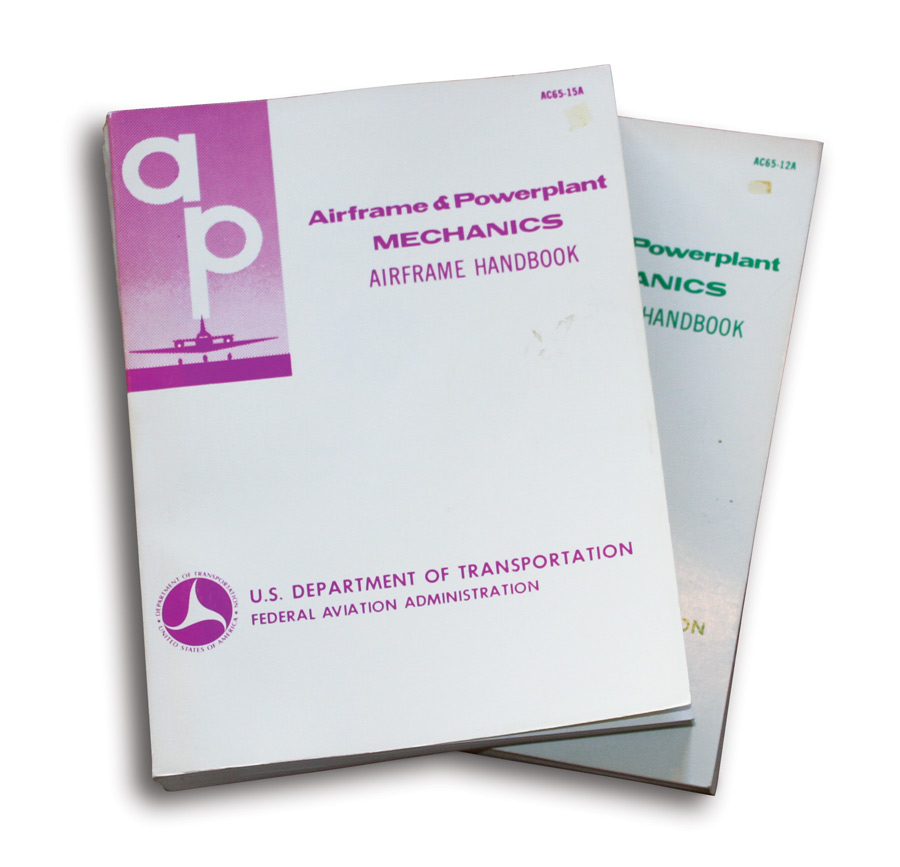 Traditionally, you get to test for your A&P by going to a full-time school for 18 months or presenting evidence of military experience that is essentially the equivalent. The FAA’s preference seems to be that they want a mechanic to go through a dedicated academic course of study in order to get the chance to test for or exercise the privileges of the certificate. I have run across many FSDO inspectors in my decades in aviation, and they all pretty much quoted that as fact—they weren’t going to let me test, based on years of experience, unless I had a letter from an IA saying that I had worked under them full time for the equivalent of going to a school.

It is often pointed out that to the casual observer, an airplane mechanic and an airplane builder are doing the same things on a daily basis. But in fact, that isn’t really true. Fabrication and construction are actually different things than maintenance, repair, and inspection. The average builder might have a great deal more experience in riveting a wing together than does a mechanic who had a little sheet metal work in school. But that same builder’s experience with their engine might be no more than taking it out of the box, bolting it in place, and making some connections. There is a lot more to maintaining and troubleshooting a powerplant than that.

However, if you work on airplanes long enough—either certified aircraft under the guidance of a licensed mechanic, or on a sufficient number of homebuilts doing all sorts of things—you might very well have picked up all of the experience necessary for doing the job, and maybe even passing the tests (although tests are a very different animal than the real world).

So if you find an inspector who says, “No, you can’t use your Experimental experience to test for the A&P,” point them at Chapter 5, paragraph 5-1135, sub-paragraph B, where it says “…or work on an experimental, amateur-built aircraft will receive evaluations on its own merits to determine whether it fulfills the experience requirements.”

It’s hidden in there with the military stuff—a little hard to find. No, it doesn’t guarantee you anything but a hearing. And depending on how friendly you are with your local FSDO, that hearing might be useful—or not. It is still up to the inspector’s judgment whether or not you can prove that your experience has been adequate to substitute for school.

This might be the one good reason for keeping track of the hours you’ve spent on building your craft. A year and a half of full-time school adds up to about 3500 hours of work, so that might be something to look for in all those logs. Admittedly, you are also going to have to prove more than just building one airplane; experience doing maintenance, letters of recommendation, and some diplomas from things like the Lycoming engine school will help. And if you spent years helping your friendly A&P/IA maintain your own certified airplane, it might not be a bad idea to buy him or her a nice meal and ask if they’d write a letter of recommendation to add to your file.

When I was presented with the opportunity by my local inspector to prove to him that I had the necessary experience, I went back into my records and found the dates I had owned specific airplanes, wrote down all of the modifications and STCs I had worked on, and the number of annual inspections I had participated in. I found the logs for the homebuilts I have constructed and made sure they were complete and up to date. I made a list of all of the condition inspections I had done and signed off. And I listed the various schools and seminars I have attended, copying graduation certificates to complete the package. It was thick and took some time—but putting it together was still easier than taking the time to go to a school to “learn” all of the lessons I have learned in 45 years of wrenching on airplanes.

So while I used to tell people that getting an A&P based on years in the homebuilding world was just not an option (mostly because that was what I had been told by my previously local FSDO), I have now changed my tune. Working on airplanes is what makes you a mechanic, just like flying makes you a pilot. Getting the appropriate certificates is a matter of jumping through the appropriate hoops and passing the necessary exams. But in the Experimental world, what does the A&P certificate really do for you? It helps if you have bought a completed homebuilt for which you don’t have the repairman’s certificate. It gives you the option of helping others who might need a signature here and there. And it is a step on the path toward DAR authority, if you are interested in helping the community in that way. While some might see it as a road to riches, I’d suggest they talk to a lot of A&Ps and see just how rich they are before pursuing it as a chance to raise money for that personal yacht.

Marc Cook - March 15, 2008
0
Two builders helped each other build RV-9As, each employing significantly different outlays of cash. The results are impressive in both cases, but for different reasons. They help us ponder the question as we build: “What is something worth?” By Marc Cook.