Thursday, April 15, Day 3 of Sun ‘n Fun, was Lindbergh Foundation Day, dedicated to all of the green eco-technologies that the public foundation has been funding with its now famous Lindbergh Grants of $10,580. That amount represents the price of the Spirit of St. Louis, which Charles Lindbergh used to successfully fly across the Atlantic nonstop in 1927.

Lindbergh’s grandson, Erik Lindbergh, opened the day, appropriately enough, by introducing his own initiative, LEAP, the Lindbergh Electric Aircraft Prize, which has been seeded by the larger public foundation with monies to award four prizes at this year’s EAA AirVenture show.

“We want to award prizes for innovation in aviation around the issues of flying efficiently and in an ecologically sustainable manner,” Lindbergh said. There will be a prize awarded for the most practical application of such technology in an aircraft, one for the best system component, one for the best individual avionic, and a prize for the most publicly desired or inspired project, which might be a solar airplane, or who knows? Lindbergh smiled as he talks about this. “We call it a public prize because we are going to let the public at the AirVenture show help us decide.”

Lindbergh won’t be alone when he heads to AirVenture this July. He and the LEAP Initiative have partnered with the Aviation High School of Seattle, and will bring six students and six teachers to the show to fan out in teams and create news reports (to be disseminated via social networking and the Internet) about the show. The teachers will be immersed in aviation for the duration, and will then pair off in teams to develop new and engaging aviation curriculum.

“I wasn’t the best student in high school,” Lindbergh said, “and it was because I really wasn’t engaged in anything. I want to develop a curriculum for the kids like me, who need to have a light turned on to succeed at school. Aviation can be that light, I know. I believe that the LEAP Initiative can, through creative collaboration, change their lives. We have to, because the statistics show that right now in the U.S. we are only supplying 2% of the science, math and technology industry personnel; the rest are being imported from other countries into the U.S. That needs to change, and we can help do that.” 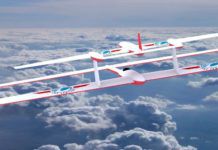 Crossing the Atlantic: Low, Slow and on Electrical Power 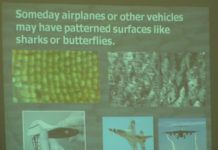 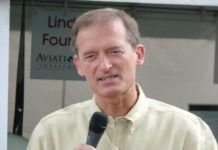 A Hybrid Engine for GA Aircraft? 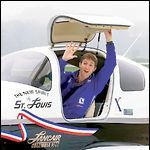