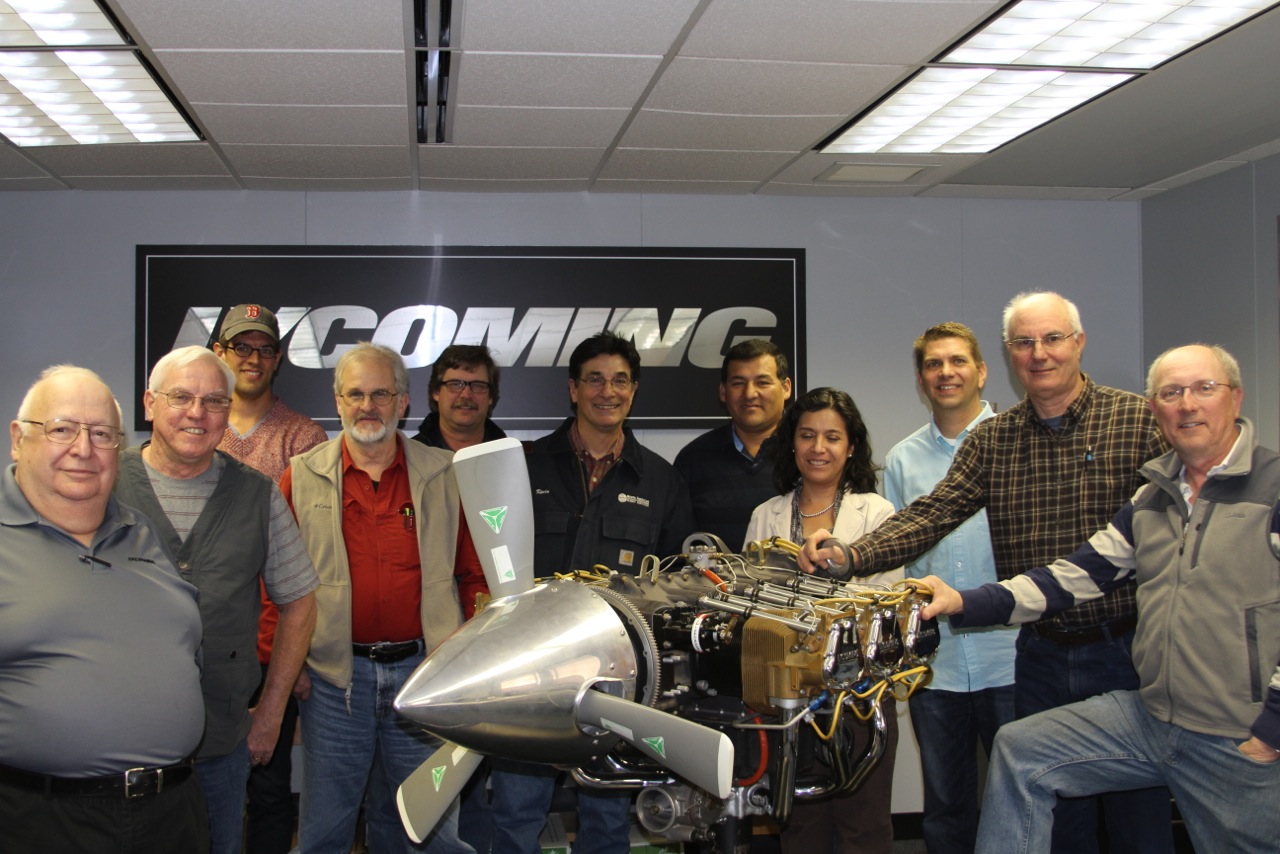 Who attends the Lycoming Service School? You’d be surprised at the variety! Personally, I have flown behind these (and other) engines for most of my life, and had always been interested in getting the factory training. Our class had a couple of A&Ps, a couple of homebuilders who are using Lycomings, and an FAA inspector from a distant FSDO (who is also a homebuilder). There was an FBO owner with multiple airplanes to maintain, an instructor at an aviation school from California, and a Peruvian Air Force mechanic responsible for maintenance on a number of aircraft powered by Lycs. Oh – and we don’t want to forget the Aeroshell engineer, there to learn more about the engines for which they provide a lot of oil.

It was a diverse group of people, with a variety of backgrounds – but everyone agreed that the school was a great place to learn from the folks that actually build our engines. With the Service School complete, we move on to engine Disassembly and Assembly starting on Monday. This is actually a separate class, but about half of the attendees at this week are staying for the second, and this seems to be common practice. I’ll continue to let you know what I learn as we wade in with the tools.

Today’s Trivia –  Back in the middle of the last century, the Lycoming employees in Williamsport had a flying club with a couple of small rag-wing Cubs powered by the mighty Lycoming O-145. The name of the operation? “The Quarter to Two Club.”