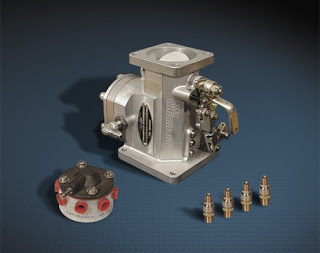 The FAA on Wednesday announced an Emergency Airworthiness Directive on certain Precision Airmotive RSA-5 and RSA-10 fuel injection servos to be inspected before further flight. Two recent incidents have been blamed on a loose servo plug. According to the AD, the servo plug gasket is thought to have shrunk with engine heat, which causes it to lose torque against the servo housing. These plugs have been found loose as well as completely separated from their threaded housings. Loss of the plug could cause a lean condition.

The gasket part number is 365533, and has been used in new and factory overhauled servos since August 22, 2006. This plug-and-gasket combination is found in both the certified and Experimental-class SilverHawk injection system. Pilots are urged to check the security of the main hex by hand. If the hex moves at all, it is loose.