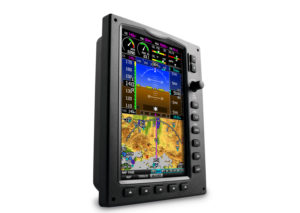 “We have made it a priority to lead the way in serving the Experimental and LSA market with affordable, feature-rich avionics solutions,” said Gary Kelley, Garmin’s vice president of marketing. “The new GTX 23 ES provides this market with an affordable path to ADS-B compliance. And we know that lowering the price of the G3X will open the door for more pilots to fly behind this state-of-the-art glass cockpit.”

The GTX 23 ES interfaces with the G3X display, a customizable PFD/MFD combination that features one, two or three all-glass displays; magnetometer; ADAHRS (combined air data and AHRS unit) and engine monitoring. With its building block design, customers can create a high-performance panel tailored to their aircraft.

The GTX 23 ES is expected to be available in August for a street price of $2199. For information about the GTX 23 and pricing for the various G3X configurations, visit www.garmin.com/G3X.