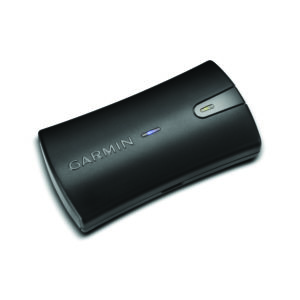 Garmin is introducing GLO and GLO for Aviation, a portable GPS and GLONASS receiver that advances Garmin’s GPS technology for mobile devices.

GLONASS is Russia’s satellite system. The advantage of using both GPS and GLONASS satellites is that the receiver can “lock on” to a position up to 20% faster than it could using GPS alone; it also gives the receiver access to 24 more satellites.

GLO for Aviation is a special package that comes with a mount, power cable and a free six-month trial of Garmin Pilot, Garmin’s aviation navigation app for Apple and Android mobile devices. GLO connects wirelessly to these devices with Bluetooth. Battery life is 12 hours, Garmin says, and the position update rate is up to 10 times per second (which may be limited by the host device).

“GLO will be especially popular with pilots,” said Carl Wolf, VP of aviation sales and marketing. “Mobile applications such as Garmin Pilot have further advanced the use of iPads and other smart devices as navigation tools in the cockpit. But because the internal GPS receivers in these devices are not optimized for use in flight, the GPS signal can be less accurate and slow to provide updates. GLO solves that problem, Wolf says, by leveraging two independent satellite networks with the company’s GPS technology.

Mel Asberry - May 16, 2012
0
Can a former Part 103 aircraft be registered as an LSA? And how is an appropriate Phase I flight-test area determined?