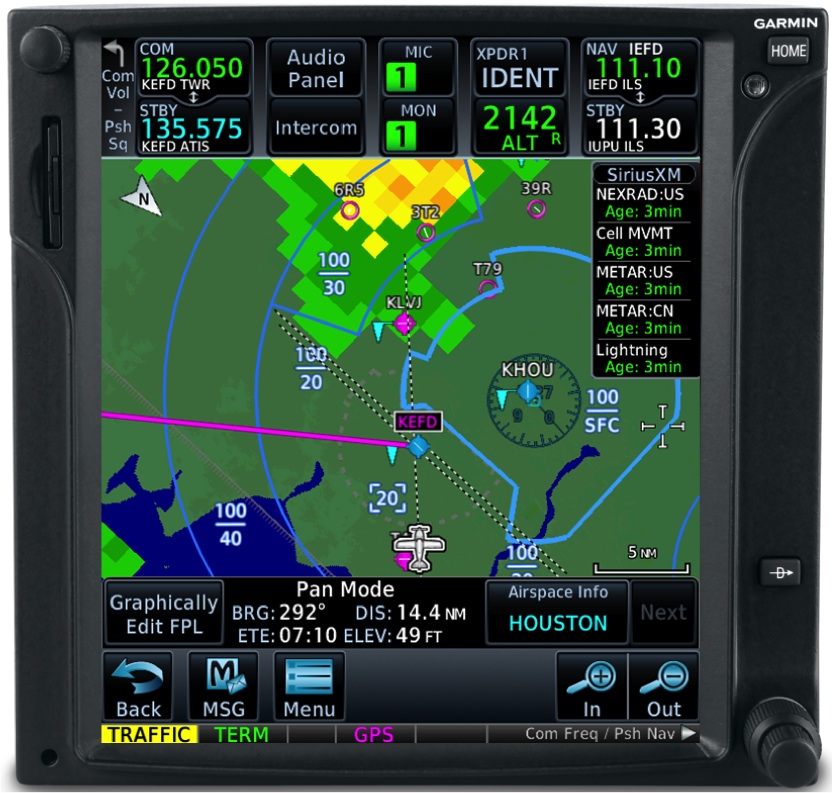 The GDL 69 and GDL 69A SXM receiver adds to Garmin’s large lineup of datalink weather receivers that offer pilots access to SiriusXM aviation weather information both on the ground and in the air. When paired with a compatible display and/or the Flight Stream 110/Flight Stream 210 and a compatible mobile device using the Garmin Pilot application, SiriusXM aviation weather information delivers seamless coverage throughout the continental United States and portions of Canada and Puerto Rico, while providing pilots access to additional weather products. The base service now includes weather products such as lightning, (including cloud-to-cloud and cloud-to-ground activity), graphical winds aloft, temperatures aloft, AIRMETs and SIGMETs. In addition to providing detailed weather information, the audio-enabled GDL 69A SXM receiver provides SiriusXM Satellite Radio entertainment in the cockpit.

Currently, the GDL 69 and GDL 69A SXM receivers are compatible with the following displays:

The GDL 69 and GDL 69A SXM receivers are expected to be available in April 2015 for a list price starting at $3,875, while the helicopter versions are expected to become available later in the second quarter of 2015. Visit www.garmin.com aviation or contact a Garmin dealer for more information. Visit www.siriusxm.com/sxmaviation for subscription information or to learn more about the latest packages available from SiriusXM.