Editor’s Note: Contributor Dave Prizio submitted this essay after he completed several aircraft with a friend and had reflected on the experience. We thought it a good fit for this issue. Enjoy.

If it were easy to build an airplane, everyone would do it. But there are ways of building an airplane that are easier than others. Building with a good partner can go a long way toward making the process easier, quicker, safer and more enjoyable. Of course, building with the wrong partner can be a little bit like being married to the wrong person—not so good. 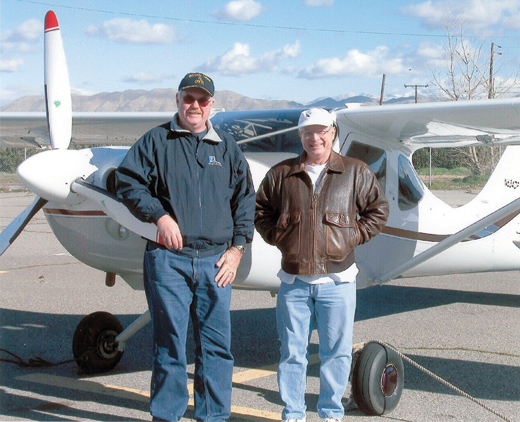 Building buddies Dave Prizio and Ed Zaleski flew to Hesperia, California, for a $100 hamburger after converting Prizio’s GlaStar from a trike to a taildragger.

The secrets to successful airplane-building partnerships lie in compatible personalities and similar expectations. I have been blessed with a particularly good building partner, Ed Zaleski, and because of that we have been able to put together three pretty nice airplanes. Neither of us could have done it alone, and there is at least some question about how we would have fared with other partners. As friends for over 40 years, we knew that we could get along with each other and work together on a common project, so the compatibility issue was handled, and we had similar, if not exactly identical, expectations. Zaleski loves to build airplanes, and he likes to fly. I like to build things, and I love to fly. Our only conflict is over getting him to put down his tools and fly more, but we find ways to get through that.

Both of us have worked with other builders to help them through parts of their projects, typically builders who were trying to go it alone. What they found was that you can do it yourself, but it is harder and, in some cases, too hard. For instance, you can buck a lot of your own rivets, but there are some that you really need help with. Or you can hang an engine by yourself, but it is difficult and not very safe to try. The same goes for installing the wings. I suppose you could come up with a way to do it solo, but why bother? And why risk dropping them and ruining so many hours of work, or worse yet, hurting yourself? When Zaleski and I put the wings on the Cub we built, we rounded up a crew of friends. With plenty of extra hands to be sure nothing got banged up, we had the wings in place in no time.

The tangible benefits to building with a partner seem obvious enough, but the intangible, psychic benefits may be even more important. Lots of airplane projects are never finished by the original builder, and I suspect that the vast majority of these failures to launch come from solo builders. Building can be lonely and discouraging at times. It is easy to get stuck on some task that you just can’t quite master, or maybe you just get burned out. Zaleski and I have saved more than one project from stagnation and possible failure in such situations. Life is full of distractions, especially over the course of what could be several years. The motivation that a good building buddy, or at least some helpful friends, can bring may easily make the difference between progress and failure. When one of you gets down in the dumps, the other can bring new energy to bear. Or when someone gets impatient and wants to cut a few corners, the other can put on the brakes and say, “Let’s think about that before we do something we may regret later.”

If the building partnership is a husband and wife team, or even if your significant other is merely a spectator to the process, the need to retain a reasonable level of marital bliss must be recognized. Oftentimes the builder is more excited about constructing the airplane than his or her spouse. If that is the case, then a little time off from building to have some non-airplane fun can go a long way toward keeping things running smoothly on the home front. At the risk of belaboring the obvious, I must say that a divorce does really bad things to an airplane building project. Zaleski and I, owing to our understanding wives and some modest efforts on our parts, have not suffered this fate, but I have seen others fall into the abyss. It isn’t pretty. It pays to do what you can to avoid it. 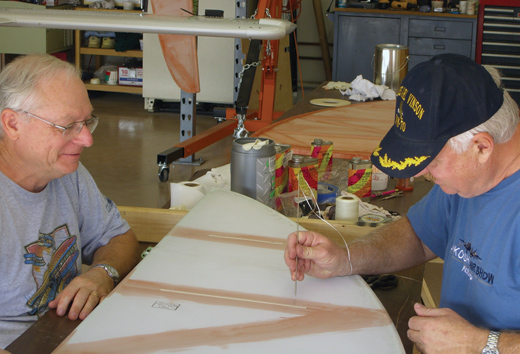 The author stitches the fabric to the elevator ribs on his Texas Sport Cub as building buddy Ed Zaleski looks on. Zaleski gets to stitch up the next one.

How about group projects? Can they work? Certainly they can, but the issues of compatibility and similar expectations get more complicated as you add more players to the game. I know of EAA chapters that have worked together to build several similar airplanes as a group. My own chapter has a group working together to restore an old Stinson warbird. Group projects typically either work well or are frustrating. The key is to get everyone on the same page from the beginning and to keep them there. If one person wants to freeload, it can cause great tension within the group; and if money is involved, it can get ugly in a hurry. It is very important to make sure all members can meet their obligations, or to at least have a way of changing the membership structure if they don’t.

The time to settle disputes among building partners or larger groups is before the building begins. A written agreement can go a long way toward making this happen. When significant money is involved, a written agreement is a must. What if someone is no longer able to make the required financial contribution, or what if he or she is injured or sick and can no longer help build? What if someone loses their medical, or even dies? I have seen all of these things happen to builders.

A buy-sell agreement is a vital part of any joint building agreement. There needs to be a way to determine the value of what has been done and some provisions for selling the aircraft to the partner or group members who still want to be involved, while being fair to those who no longer wish to, or are no longer able to, participate. The details of this will vary according to the needs of the particular builders, but believe me, this must be worked out in the beginning when everyone is getting along well. Later, when things are coming apart, it may not be so easy to do.

In addition to a buy-sell agreement, there should be a budget that both parties (or the group) respect. If one person wants to keep costs down and the other wants to go wild with spending, there will be trouble. Best to work all that out before you start building. You also need to decide how you are going to deal with ongoing expenses. Once the plane is flying there are lots of costs to consider: insurance, hangar, property taxes, fuel and maintenance. There is also the matter of allocating flying time. If you fly together most of the time, or at least fly about the same amount, it isn’t too difficult to allocate expenses. But if one person flies a lot and the other not so much, you need to have a formula for splitting costs accordingly. Lots to think about.

This all sounds very formal and businesslike, which it is, but it doesn’t have to be that way. Everything can be done on a handshake, but it is riskier for all involved. Things happen in life, and a person’s needs and expectations can change, leaving hurt feelings and broken friendships, or worse, in their wake. Whatever you decide to do, be fair in your dealings, be clear about your expectations, and if you are going to have a co-ownership arrangement, get everything in writing from the beginning. The pain you save may be your own.

All that said, I love having someone to work with when building an airplane, and I enjoy helping other people work on theirs. Many different people have helped me along the way, especially on my first project. Now I get to pay that back by helping others. In these exchanges, I have had a lot of fun with some great new friends and enjoyed the old ones even more. The personal relationships that have resulted are every bit as rewarding as the actual building process, maybe more so. 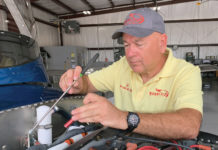 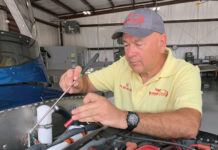 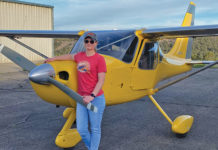 Kitplanes - April 16, 2008
0
Rick Lindstrom revisits Canadas Dream Tundra, this time when its on floats. Dream Aircraft Founder Yvan Desmarais spent 10 years developing the prototype for this design, with the intention of building and kitting a better bushplane. Lindstrom says hes achieved that goal and then some.