I am writing this in December, and as the New Year approaches it is traditionally a time of looking forward to new hopes, dreams and goals. It is also a time of introspection and of looking back at where we have been. I’ve been doing both.

I am extremely grateful to have spent the past quarter century engaged in an unexpected career that has been more fun, more amazing and more rewarding than I ever thought possible. My career with this magazine began in 1986 as I walked the flight line during Oshkosh with Dennis Shattuck, the founder of KITPLANES® magazine. As a pilot and former 172M owner, I knew nothing about homebuilt aircraft until that day.

The kit plane revolution began when Shattuck coined the word “KITPLANES” for the title of this magazine. My mission was to learn more about this market, especially as Cessna, Beach and Piper had just stopped building planes, and no one knew whether aviation as we knew it would soon come to an end. 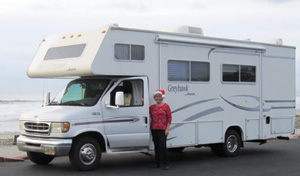 My goal was to speak with every kit and plans manufacturer listed in the annual buyer’s guides. I wanted to learn about their designs, and talk to their suppliers and to you, their customers. The more I learned, the more questions I had.

Thanks to surveys, and much to everyone’s surprise, it became clear that homebuilders are not only scratchbuilders, assembling gathered parts until a project is ready to fly. They are also engineers, bankers, doctors, professional pilots, businessmen, visionaries and simply those so passionate about their ideas that they dare to live their dreams by building an airplane, whether from kits or plans. They have helped fuel growth.

During the 1980s and early ’90s, the kit industry increased at double-digit rates. Soon, a new group of forward-thinking engineers took notice and began to create cutting-edge avionics at a rapid pace. Because no TSO was required, the products could be developed relatively quickly and without the costly FAA approval process. This flexibility offered amateur-built aircraft owners the opportunity to use exciting state-of-the art equipment first, and many of these products later became available for certificated aircraft.

It is enthusiasts who make these enterprises successful. For the most part, they are the most honest and sincere individuals I could have imagined working with, and I’m amazed at how many companies are now run by the children who used to play in the hangar or office during my visits. I truly cherish the friendships I have developed over these last decades.

As I look ahead, it seems we’ve almost come full circle. Burt Rutan has retired, but spaceship programs with new entrepreneurs may one day allow me to fulfill my life-long dream of experiencing space travel (and winning the lottery).

In this spirit, I would offer a piece of advice for everyone who is passionate about aviation. If each of the 500,000+ members of aviation organizations would insist that 5% of membership fees be used to encourage the FAA to reduce the costly and cumbersome regulatory process required to certify an airframe or component for single-engine or light aircraft under 180 hp, we could really get somewhere. One person can make a difference, so talk to your hangar mates, print flyers, use social media or do whatever it takes to get the word out. As a group, we can change things.

If history repeats itself, amateur builders will continue to fuel the new aircraft registrations that allow aviation to flourish, and the hot segment will be the many kits and plansbuilts that can be constructed and flown as Light Sport Aircraft.

And so it is with mixed emotion that I retire as the Publisher of KITPLANES® to travel in a six-wheel RV (the kind without a propeller). I am so thankful to have spent all these years with this publication, and in an industry no one imagined would last. The dedicated staff and you, our readers, will propel this industry forward, and keep the dream of flight alive.

But now it’s time for me to go play. It is time to explore more of this magical country on the ground and to spend time with my loved ones while I can.

I hope to see some of you at a pancake breakfast or an open house as I explore. I’ll be traveling a bit lower and a bit slower, but I believe the best is yet to come.

Cindy Pedersen grew up flying across New York state in her dad’s Aeronca and got her private license in 1972. Raised in an entrepreneurial family, she enjoyed careers in banking and broadcasting before moving to Southern California in 1986 where she began working with aviation, motorcycle and classic car magazines. She lives in “heaven,” Cardiff-by-the-Sea, California.