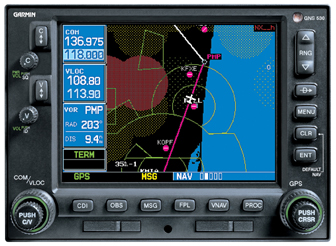 The Federal Aviation Administration released an updated Advisory Circular (90-100A) in March that muddies the waters for pilots using IFR-approved GPS receivers in lieu of ADF and DME equipment for instrument approaches and en route fixes. In addition to being legal for non-precision approaches and, more recently with WAAS approval, precision approaches, modern IFR GPSes can be used to identify navigational fixes previously defined by NDBs and DME points. According to the AC, the issue is one of database content not receiver integrity or accuracy, and applies to RNAV functions in so-called Q- and T-routes, departure procedures and standard terminal arrival procedures. The approval to substitute GPS for ADF and DME equipment, taken in 1996, has caused most builders of Experimentals to ignore the equipment entirely.

The confusion now stems from a list of approved navigators that specifically excludes many popular IFR GPSes including a few that are in current production. The Garmin 400- and 500-series navigators are the notable exception; they are specifically approved.

Both EAA and AOPA are meeting with the FAA for clarification of the Advisory Circular with the stated aim of making GPS once more a suitable replacement for ADF and DME.

The AC does not appear to affect the GPS units legality for en route, terminal and GPS approaches.