“With an anxiety that almost amounted to agony, I collected the instruments of life around me, that I might infuse a spark of being into the lifeless thing that lay at my feet.”

This past spring a motorcycle reminded me that batteries don’t last forever, even those branded by a proud British motorcycle company and priced accordingly. But I’ll get back to that. Like motorcycles, airplanes can sit idle for long periods, rendering their battery lethargic or lifeless. These idle periods can often be predicted, like the North’s dark, cold winter or the oven-like heat of the Southwest’s summer. Unanticipated events also keep us from aviating for extended periods, which trebles our disappointment when an opportunity to fly is thwarted by a battery that has become a useless container of lead or lithium.

The oft-drawn-out nature of homebuilding also marries a battery to an airframe long before it’s needed to spark an engine to life. They’re hung during the fabled “90% done, 90% to go” phase of building. The phase that turns a static display into an airplane. The phase that almost always includes wiring. Few builders delay buying the battery until the day it is necessary—I know I didn’t. Who doesn’t want to see the panel light up at the first opportunity or show off the pulsing landing light to anyone who comes within a hundred yards of their hangar? That means the battery suffers the same show-and-tell over and over. And over. And over. The snapping sound from the light’s power unit is also the sound of the battery inching toward its demise. The good news is batteries that get infrequent use or wait months or years to feel the tingle of an engine’s alternator can have their life extended beyond the warranty period with the current—ahem—breed of battery maintainers. But that effort must begin shortly after the battery is purchased.

What Damages a Battery?

Batteries are damaged by a variety of factors, including extreme heat and cold, high humidity, overcharging and undercharging. It’s the last two that likely bring most batteries to their early demise. Left sitting, lead acid batteries develop lead sulfate on their plates. The lead sulfate converts back to lead, lead oxide and sulfuric acid as the battery is charged. But a battery that remains unused for a long period develops a more stable lead sulfate crystal, which permanently degrades the battery. Suffice it to say a battery on a non-flying airplane is not experiencing proper charging cycles and is suffocating on sulfation. Connecting a battery to an ordinary charger and letting it cook is equally damaging. That can cause the electrolyte to boil off or the gasses to expand until the battery is damaged or bursts.

Lithium batteries are growing in popularity, no doubt aided by their light weight. Unused, they discharge at a much slower rate than lead acid batteries yet provide nearly full cranking voltage and amperage up until the moment they die. That’s the good news. The bad news is they need much closer attention when charging. They can be damaged by sitting with a 100% charge as well as a 0% charge, and the charge of each cell in the battery (a 12-volt lithium iron phosphate, or LiFePO4, battery has four 3.3-volt cells) must be carefully balanced with the others as the battery is charged and discharged. Control circuitry in the battery helps with that. Still, EarthX batteries, well-established in the motorsports industries, states, “A cell [can be] permanently damaged if overcharged or over- discharged just one time. In the case of overcharging, cells can rupture, and the entire battery will need to be replaced.”

All of this should make it obvious that using a 40-year-old Sears battery charger to charge or “maintain” a battery, any battery, is poor form.

There was a day when a weak or dead battery was met with a suitcase-sized battery charger whose charge level was set commensurate with the need to get a vehicle started. Setting the amperage switch to the Start position would jolt the battery, and therefore the vehicle, with enough amperage to animate a toy truck. And off we went, likely to be stranded with a still-dead battery at our destination. If we had time, the switch might be set to the 5- or 10-amp charge position and the battery left to charge longer. Maybe even overnight. We’d return to the smell of sulfur and a hot, somewhat bloated battery that’s boiling inside. In either case the battery has been damaged and its life effectively ended. Even the trickle-charge setting on the old chargers, used to “maintain” a seldom-used battery, fed a low-but-steady diet of amps to the battery, regardless of the battery’s need, with similarly destructive results.

Unlike a battery charger, a maintainer senses a battery’s condition and regulates its charge as necessary. A maintainer can sense sulfation and enter desulfation mode by increasing its output. They can vary the charging amperage as the battery charges and discharges, eventually entering a maintenance mode, which keeps the battery at the proper state of charge without a constant, damaging input. Maintainers often have an array of lights that indicate the active mode (charging, desulfation, maintaining) and can even warn of incorrect polarity of the attached leads and serious faults with the battery.

Selecting the correct battery charger/maintainer for a particular battery should begin with the battery manufacturer’s specifications and recommendations, not the recommendation of a buddy who may have a different battery than you. Battery maintainers for lead acid and lithium batteries can seldom be interchanged. EarthX goes so far as to recommend specific chargers for their batteries. Don’t let cost deter you. A proper maintainer will pay for itself by extending your battery’s life and reliability. Connect the maintainer to the battery after every flight. Trying to revive a depleted battery because it was ignored is not maintenance, it’s whimsy.

If in Doubt, Replace It

My motorcycle, whose battery always suckles a maintainer when not in use, powered up when I turned the key, but fell dark and silent when I pressed the start button. The maintainer’s diagnostic lights indicated a charge was being accepted, but when I pressed the start button the fault lights illuminated. I checked the bike’s fuses and began strategically tapping electrical components, but the bike’s wiring harness is mostly inaccessible and the owner’s manual, which lacks a schematic, makes frequent references to contacting a dealer for service. When removed from the bike, the battery showed a small charge being accepted from two different battery maintainers, yet the bike’s start push-button darkened the bike’s headlight and illuminated the maintainer’s fault lights. Bad push-button? Faulty clutch interlock? I pulled and released the clutch lever a few times (ah, the silly things we do when problems arise) and the bike’s lights came back on as the fuel pump whirred. Still, it would not start. Before getting deep into wiring for which I had no schematic, I took the battery—which I knew to be at least three girlfriends old—to a dealer who tested it on three different testers. Two indicated it was bad, one pronounced it good. Playing the odds, I left with a new battery and a new riding season commenced.

Batteries eventually go bad, even with care. You may be able to shock a failing battery to life but its full demise is imminent. Replace it. A dead battery won’t restart an engine that dies on a long, low final approach and it won’t power a radio for an emergency transmission. 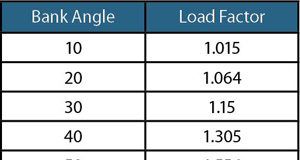