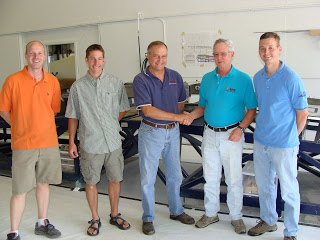 Lancair International announced today that it has delivered the first Evolution kit to Andy Cruce of Miramar, Florida. Cruce and his wife saw the Evolution last year at Oshkosh and began contemplating the purchase. When we considered the speed, roominess, carrying capacity, BRS chute and docile flight characteristics of the Evolution, we decided the Evolution is what we need, Cruce is reported to have said. 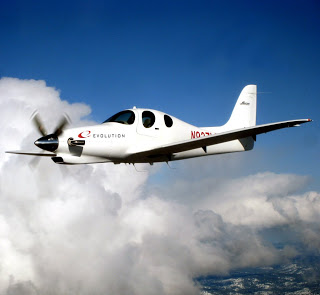 Lancair says that Cruce came to Redmond, Oregon, to participate in the company’s two-week builder-assistance program. A 6000-square-foot facility was constructed at the headquarters specifically for Evolution builders. According to Lancair, Cruce says he plans to have the airplane flying by early 2009.

Lancair reports that it has a full Evolution production schedule booked through February 2009. The prototype that appeared at this years Sun n Fun is now painted and will be available for demo flights at Oshkosh.

The Evolution is a four-seat design powered by a Pratt & Whitney PT6 turbine engine, making it capable of speeds in excess of 385 mph, according to Lancair. It also features numerous safety features including a ballistic chute, airbag seat belts and energy-absorbing seats.

For more information on the Evolution, call 541/923-2244 or visit Lancair International.

Paul Dye - August 10, 2012
0
Personnel roles, emergency contingencies, communications-there are many moving parts involved in the first flight of a homebuilt. Paul Dye catalogs them and offers a sample flight plan that worked for him.