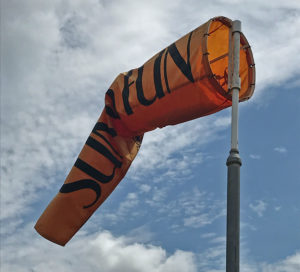 Until next year, that is! Sun ‘n Fun 2019 is in the bag, and while we in the media often tend to concentrate our coverage on new products, programs, and services, the truth is that the first major airshow of the year is really about re-connecting with our aviation friends – whether they be in a booth or camping in a tent beside their airplane. Sun ‘n Fun is a sign that winter is ending, airplanes are coming out of hangars, and people are once again stretching their wings and exercising their engines.

Those who live in sunny, warmer climes sometime have a hard time remembering that there are pilots and airplane owners who can’t get their snow-blocked hangar doors open for several months of the year, and when they do, they still have to contend with cold temperatures and the winds of spring. But it’s true – recreational flying can be a seasonal activity for many, and its great to see the season opener in our rear view mirror – it signals months of great flying weather and a chance to see other faces, old and new.

Lakeland’s show this year was like any other – there was the unusual mixed with the normal, with a constant hum of background flying interrupted occasionally by sights that stopped everyone in their tracks. Almost no one has seen a Twin Mustang flyby, and few in the civilian world have watched a tilt-rotor hover by. I saw both of those this week. The Blue Angels appeared to be enjoying themselves immensely on Thursday (their practice day), and the only question was when they were going to run out of gas – they just kept going, and going, and going.

The weather for the week averaged much better than recent events, with just a little rain on setup day, and another few showers on Friday morning. It was the first time in years, in fact, that I don’t remember major thunderstorms playing a part for at least one day. Arrivals seemed relaxed because there was little weather pressure pushing folks into tight time slots, and I only heard a few stories of folks not following the arrival and departure procedures.

If you made it to Lakeland, we hope you had a good time. If you didn’t then we’ll see you at Oshkosh! AirVenture is only a couple of months away.