The old adage that all good things come to an end applies throughout our lives, and in the case of a person who has built his own airplane, that time comes when the airplane is sold to the next owner. As hard as it may be to fathom the idea of selling during the years while the airplane is under construction, and while the builder is flying it, eventually the builder’s pride and joy will find a new home.

Builders of homebuilts are generally not subject to the same product liability laws as factories that produce type-certificated aircraft. While space here doesn’t permit a discussion of what is known in the law as “strict liability,” homebuilders are not usually strictly liable for the safety of the airplanes they build. But that doesn’t end the discussion because strict liability is just one of the legal theories under which producers of products can be liable to those who suffer harm at the hands of those products, whether the product in question is a car, stepladder, chainsaw, or aircraft.

Some lawyers and ultra-conservative pundits will advise a homebuilder to never sell the aircraft in a whole state. Rather, the ultimate protection is to part it out and sell the various parts to different buyers, so that no one person can reassemble the airplane and fly it again as it was in the hands of the original builder. Looking at the history of the few cases that have emerged after a homebuilt was sold, that advice, while certainly sound, may be a bit over the top. But we have to remember that homebuilts have lots of unique aspects, and the potential liability of the builder to a subsequent owner, or to a passenger of an owner down the line, cannot be ignored. 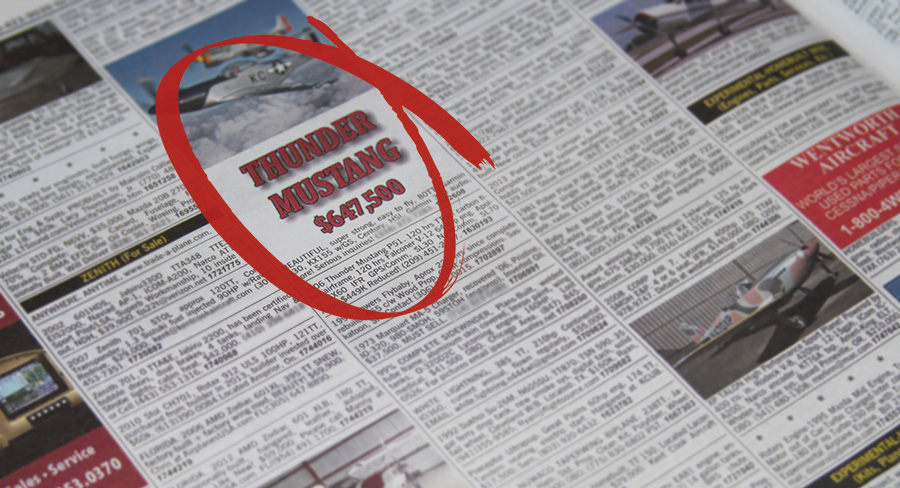 We live in a litigious society and when an aircraft accident occurs that results in injury or death to an occupant, it’s likely that some sort of lawsuit will follow. When the airplane involved in the accident is a normal, factory-built product, the targets of a suit may be the original manufacturer, the engine manufacturer, a maintenance facility, the pilot, or all of them. When it comes to a homebuilt, except for manufacturing the engine, one person usually fits all of those other roles-the person who built the airplane and who probably maintained it after it was completed.

If the original builder can be found to have committed some sort of negligence in construction, such as using hardware store fasteners or other items, rather than aircraft grade materials, he may be negligent. Thankfully, we don’t see that kind of shoddy work going on much anymore, especially in the construction of airplanes from quality kits. We cannot eliminate all of the risks in life, and there is some risk when a homebuilder chooses to sell the complete airplane to a new owner. You can’t control how that buyer will fly, how safe or good a pilot he may or may not be, and how he will maintain it in the future. We all have to evaluate our own level of risk tolerance. If you built the airplane well, used quality materials, and didn’t vary from the kit manufacturer’s plans and instructions, you may well decide that you want to sell the airplane and not part it out.

So, given that decision, can we do anything to protect the original builder? Yes, actually quite a bit. Start out with a conversation with a knowledgeable and competent aviation lawyer and get a written sales contract prepared. It’ll cost you a few dollars, but the money will be well spent. Depending upon the law of your particular state, you may be able to disclaim a lot of the grounds on which a lawsuit could be based. In particular, the contact should clearly state that there are no warranties of any kind, implied or expressed, that accompany the sale of the aircraft, and that the airplane is being sold “as is, where is,” or language of similar intent that is effective in your state.

Further, the contract should clearly say, even though it’s obvious, that the aircraft is amateur built, and that it does not comply with the standard rules for certification of standard category aircraft, be they for flight characteristics and handling, methods or materials of construction, or occupant safety.

Then insert provisions in the contract that the buyer has had the aircraft inspected by maintenance personnel of the buyer’s own choosing (shy away from any buyer who won’t have a thorough pre-buy inspection done), and that the buyer himself has also carefully inspected the airplane, and is relying solely upon all of those inspections as to the condition, construction, and safety of the airplane.

There are two more special provisions to be included in the contract. Get an indemnity clause whereby the buyer agrees to indemnify the seller and hold him harmless from any liability, including attorney fees, related to any litigation if the seller is subsequently sued by either the buyer, a passenger of the buyer, or a further buyer down the chain of future owners, or their passengers. The last special provision is to agree in the contract that it will be construed in accordance with the laws of the seller’s state, and any suits to enforce the contract will only be brought in the seller’s state.

The contract should also cover the normal terms of any aircraft sales agreement such as conveyance of good title, price, terms of payment, and the place of delivery. The few dollars that a seller will spend to get a good contract prepared may pay off at many times the small investment, should trouble rear its ugly head down the road.

The world of homebuilt aircraft offers many advantages that aren’t present in factory-built machines. As homebuilders, we all know this, and that’s why we’re here in the first place. Take the same care in selling your homebuilt as you did planning for it, building it, flying it, and maintaining it. By doing so, and getting competent legal advice and assistance, you can reduce your risk in selling a complete airplane to a reasonable level with which most of us can sleep at night when our airplane is giving someone else at least a bit of the enjoyment that it gave the pilot who built it.

Note: This article is not intended, nor should it be considered and relied upon as legal advice applicable to any specific situation or contract. It is intended for general information only, and both the seller and buyer of any aircraft, factory built or homebuilt, should seek the services of a knowledgeable and competent aviation attorney before agreeing to or consummating any aircraft purchase or sale.

Barnaby Wainfan - December 9, 2021
0
The tail of the airplane performs three functions: It stabilizes the aircraft in both...