Love your story about cockpit dimensions (Designing from the Inside Out, December 2013), but one important factor is left out: the time it takes to build. We change as we mature. Backs get stiffer, arms get weaker. It took me 12 years to build my VP1, as I was in no hurry and it’s the building that I enjoy. But as the completion time corresponded with 83 years of age, I found I was getting stuck trying to get out. I now have a nice hangar queen. Make sure you leave space for growth.

Although I can’t take the computer into the “reading room,” I like the expansion available via the digital issue. As a past editor of Experimental Helo magazine, I have some understanding of the process. Your magazine continues to be my main source of information in the Experimental aviation community. Keep up the good work.

Apologies to the Greeks

I would like to point out a minor error in the otherwise very enjoyable “Alternative Energies” article of October 2013, focusing on Human Powered Aircraft. The name of the aircraft that flew across the Mediterranean was Daedalus, not Icarus. The latter had a much less pleasant flight experience!

Dean Sigler agrees: You’re correct. Daedalus, the father, advised his son, Icarus, not to fly too close to the sun. But like children everywhere, he ignored good advice and consequently melted the wax that held the feathers onto his artificial wings, then plunged into the sea and died. 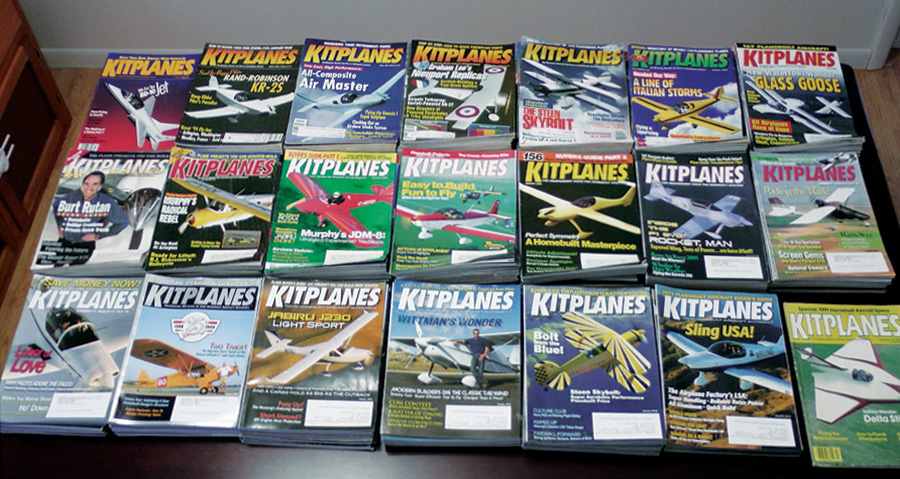 I received my December issue of Kitplanes®, and I thought I was going to have another meltdown. The December issue has always been to me, the Christmas catalog for grownups—or at least it had been until 2012. I was really disappointed when I found that there would be no Buyer’s Guide that year.

Well, there are no pictures this year, but at least there’s a list. Admittedly, my first impulse was to go all scorched earth—but then I thought a moment of rational thinking might be in order. I know that the print industry has taken a beating recently, and I’m a little concerned that general aviation might be in its own battle for survival.

At any rate, I do appreciate the list. But, I still miss the pictures! Thanks for the awesome magazine. It’s still my favorite and probably will be for some time.

Tim—we appreciate you taking the time to think about this issue from both sides. While we understand that change is difficult, the world changes whether we like it or not. And, we are trying to serve our readers’ needs as best we can.—Ed.