If you want a turbine-powered amphibious kit airplane, and the Murphy Moose-about like a Cessna 206-isnt big enough, what do you do? Well, if you’re AeroTek Aviation, you design and build your own Beaver-size aircraft and call it the Grizzly.

Another motivation for building this airplane was to showcase the company’s 550-shaft-horsepower Pratt & Whitney PT6A conversions, which have flown on two Mooses (Meese?) so far as well as on other aircraft. These conversions are based on military surplus PT6A-20s that don’t have civilian pedigrees, and so they are limited to Experimental aircraft. Sold with a fresh hot section inspection, the complete conversion kit, including prop, electrical harness and fuel system (everything firewall forward) costs $144,500. Sounds pricey, but thats a steal for a well-regarded turbine like the PT6A.

The Grizzly is huge for a homebuilt, with a 46.5-foot wingspan that somehow doesn’t seem that big when its alongside the dock. AeroTek President Vincent Pouliot explained that the Grizzly borrowed ideas from the Lockheed AL 60 (also built in Mexico as the LASA 60), the de Havilland Beaver and other utility aircraft. Keeping the fuselage off the water are Aviatech amphibious floats, the biggest Experimental floats on the market. Some float manufacturers design for rough water, and some design for smooth water and thereby get shorter takeoff runs. The Grizzlys floats are a compromise between the two.

Details, details: four, not three, struts per side; retracted nosewheel at the bow of the float; retracted water rudders; and a paddle on the left float, in case you land up a creek.

Big Outside, Huge Inside

The prototype has four individual seats plus a huge baggage area. In addition to a door for the pilot, there are double doors on each side, but the right side double doors can both open conventionally from the center and hinge from the top. On the panel are dual Grand Rapids Technologies displays plus one from Blue Mountain.

The engine is started with the prop feathered, and on taxi you can use beta to slow down and reverse pitch to back up. No more of those piston-powered floatplane tricks like taxiing with carb heat on and one mag off to keep the speed under control!

Pouliot pulled down on the ceiling-mounted flap lever and then pushed the power forward, adding full right aileron before liftoff. We saw an easy 1000 fpm at 90 knots and full gross.

This demo flight with two customers in the back was quick, but long enough for just a few turns. Controls were predictably heavy, but the yaw stability showed little of the standard floatplane directional ambivalence-well done.

Its Not About Speed

We never flew straight and level long enough to give the airspeed a chance to stabilize, but cruise speed on amphibious floats is advertised as 125 knots. Gross weight is 5500 pounds in the U.S., but 5000 is the max gross for an Experimental in Canada. Empty weight is 3512 pounds. Fuel capacity is 120 gallons in the prototype, but will be 175 in later versions to give 4 hours fuel, depending on altitude and power setting. Allowing for the higher of the two fuel capacities, the Grizzly would have a 789-pound full-fuel payload. Thats pretty good.

Coming back to the AirVenture seaplane base, an automated voice said water landing, a nice reminder when a wheels-down water landing can flip a floatplane, and we landed downwind with a burst of beta to stop.

The Grizzly isn’t available as a kit… yet. But if there are 10 or so interested parties, a kit is a real possibility, with a price around six figures completed. You could be the first one on your block. 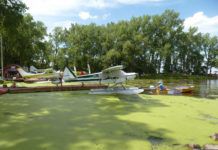 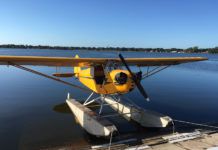 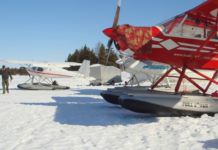 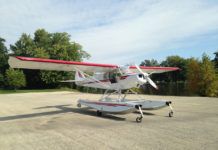 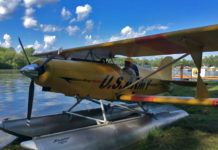 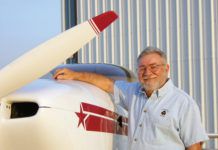 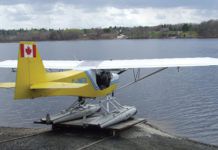 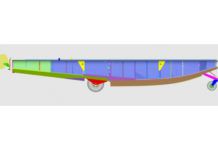 Scott Spangler - March 20, 2012
0
Upon his retirement, Jim Shy embarked on a lifelong dream of building his own airplane. But before he even decided on a design, he bought a place to keep it: his own airport.