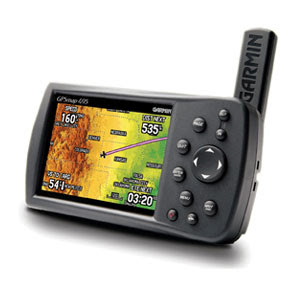 Two weeks before Sun ‘n Fun, Garmin has introduced a new model to its portable GPS lineup, the GPSMAP495. While rumors have been circulating for some time that a successor to the popular 496 was about to be released—with the most common belief that it would have a different form factor than the -96 series and a touch screen—the 495 is more of an addition to the middle of the line rather than an expansion upward.

Think of the 495 as a 496 without the XM WX on-board weather and music, or a souped-up GPSMAP296. As with the 496, the new model has a faster processor than the 196/296/396 models, SafeTaxi maps and AOPA airports and facilities directories. Extensive land-side mapping, including points of interest, is optional; this is a standard feature of the 496. The new 495 also shares the brighter screen of the 496 and the high-resolution terrain database.

Why a 495 now? We have heard that many pilots purchased the 496 but never activated the XM-fed weather features. The 495 gives them the major GPS and mapping features at a substantial savings. The 495 is listed at $1595—plus there will be a $100 rebate for purchases at the Sun N Fun airshow—while current street price for the 496 is $2395, not including the monthly XM subscription of $29.99 or $49.99. Moreover, the 495 is not a stepping-stone GPS. It cannot be updated to work with the GXM-30A XM antenna.

The 495 comes with the same accessory kit as the 496, including power cables, computer USB cord, yoke mount, AC adaptor and corded, low-profile GPS antenna in addition to a unit-mounted “stick” antenna.

Garmin expects the 495 to be available at the airshow, which begins on April 8.