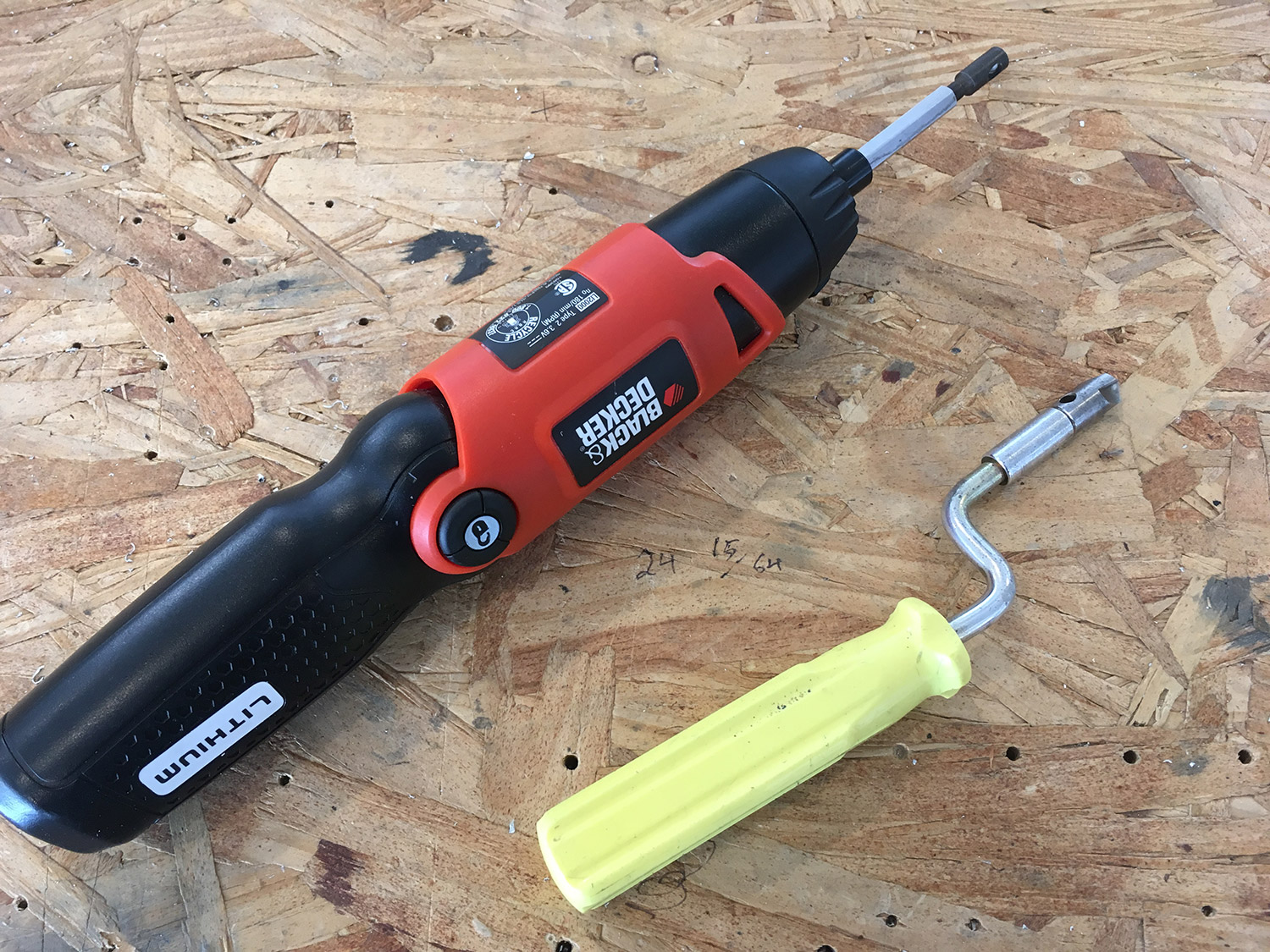 I’ve been working on airplanes for a long time, and some things I do a certain way because I have always done them a certain way. Deburring for instance – I can’t begin to think of how many tens of thousands of holes I have deburred (both sides!) on countless airplanes. Drill, debur, repeat… the mantra of the metal airplane builder. I have almost always used a hand-crank deburring tool with two or three flutes for the job, and I can do it while watching TV or (probably) in my sleep. One and a half turns, then on to the next hole, endlessly. 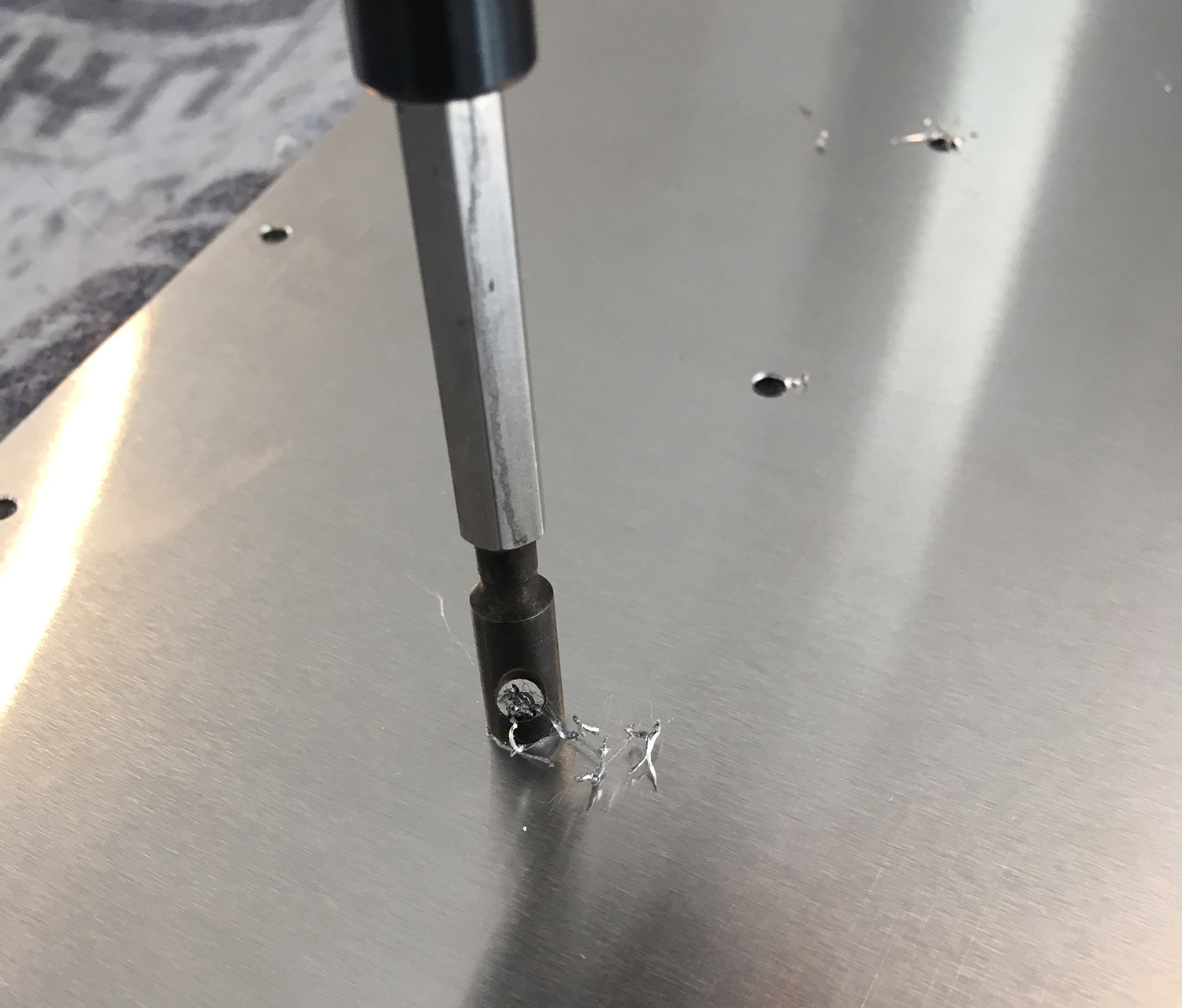 Well recently, while staring at the endless wing span and a huge number of holes on our Xenos motor glider wing, a neighbor stopped by and silently handed me his little power screwdriver with a “no flute” tool. “Give this a try”, and after a moment’s pause he added “you’ll thank me for it!” Now I have used a fluted tool screwed into a a suicide mandrel and chucked up in a drill motor before – but it was grabby and of course the drill was heavy. Sometimes, when the wrist was sore form all the twisting, I just made that work. And I had heard of the no-flute design before (it has a diagonal hole drilled through the end of the bit, and cuts with the edge of that hole), but hadn’t tired one.

Well I’ll be… you CAN teach an old dog a new trick! The power screwdriver is light enough to hold in a variety of ways, and the little deburring bit is fantastic. No tendency to grab in the hole, and it leaves a nice clean edge without trying to countersink anything. I liked it well enough after one session that I ordered two of the bits from Cleaveland tools, and two of the power screwdrivers from an online retailer that could get them delivered in a day. Why two? Well, there’s a whole lot of Xenos wing to cover, and the time goes faster when you have a partner.