An all-moving tail is a tail surface that is mounted so the entire tail surface can be pivoted to provide control. All-moving horizontal tails are relatively common. All-moving vertical tails are less common, but have appeared on some designs. All-moving surfaces are often considered to be in some way “modern” or “advanced” because they are used on high-speed military airplanes. In fact, all-moving surfaces were a feature of many very early airplanes including the original 1903 Wright Flyer. 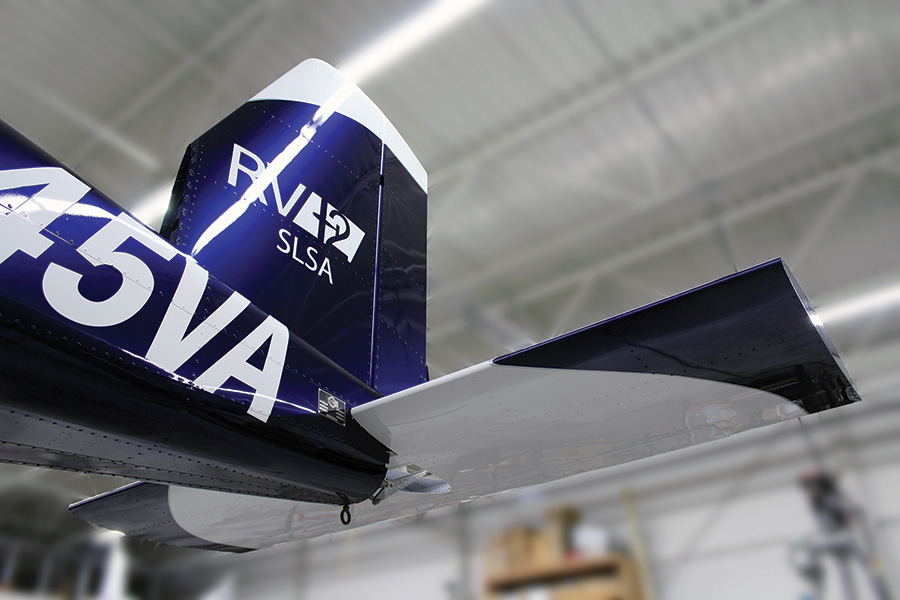 The main advantage of an all-moving tail is that the control effectiveness is higher than that of a conventional tail of the same area. In theory, this reduces the wetted area of the airplane and hence its drag.

The primary reason all-moving surfaces are used on high-speed airplanes is that they retain control effectiveness at high transonic Mach numbers when conventional flap type control surfaces become ineffective. While this is useful when designing a fighter, it is not particularly important when designing a light aircraft.

A properly designed all-moving tail with a geared anti-servo tab will, in general, have more total control power than a conventional tail because the anti-servo tab acts like a flap and increases the maximum lift capability of the tail.

Zero Floating: A second advantage of the all-moving tail is that a properly designed all-moving tail will have essentially zero floating tendency. Since it does not float with changes in angle of attack, an all-moving tail surface can provide greater stick-free stability than a conventional surface with the same planform.

Smaller Size: The combination of greater control power and greater stick-free stability for a given area allows the all-moving tail to be smaller than a conventional tail for a given CG range requirement. In theory, this reduces the wetted area of the airplane and hence its drag.

Another potential drag advantage of an all-moving surface arises from the fact that, since the whole tail is pivoting, there is no sharp hinge line break in the airfoil shape of the tail as there would be on a conventional tail with a conventional flap-type control surface.

As we will see shortly, this apparent drag advantage is sometimes offset by other effects. 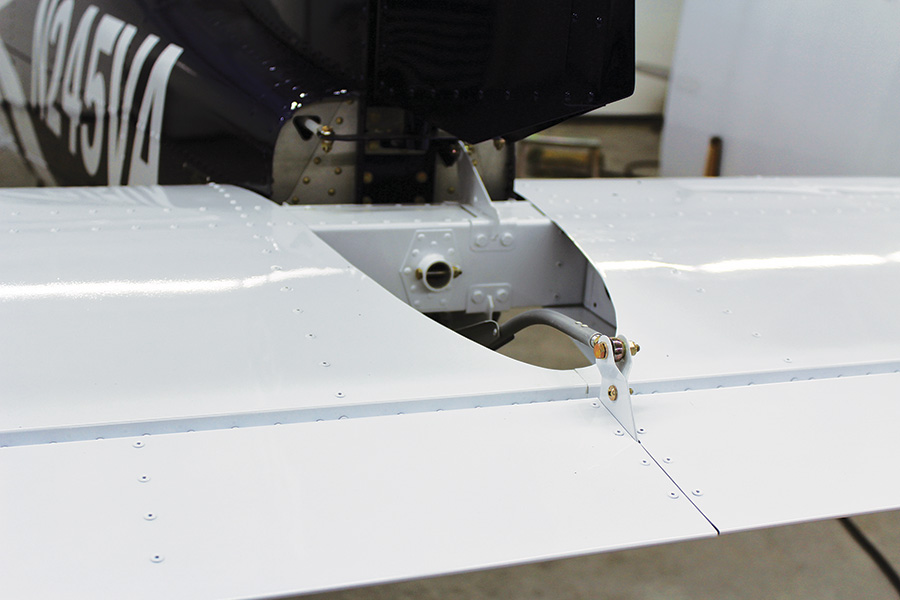 Although at first look an all-moving tail surface seems attractive, there are several disadvantages and concerns which often offset their theoretical advantages.

Structure: The first of these disadvantages is structural. All of the loads on the all-moving surface must be carried by the tail spindle about which the tail swivels. The spindle is not as efficient structurally as a fixed carry-through structure.

In general, an all-moving tail will be either heavier or thicker than a conventional tail of the same planform.

Gap Drag: A second disadvantage of an all-moving tail is aerodynamic. For the tail to pivot freely, there must be a gap between the root of the tail surface and the side of the fuselage. This gap will allow air to flow through it and will act like a second tip and increase the induced drag of the tail.

The airflow through the gap will also cause some parasite drag. This problem can be alleviated by sealing the gap, but it is quite difficult to design a seal that will prevent the air from flowing through the gap which does not add unacceptable amounts of friction to the control system.

Flutter: All-moving tails are more flutter prone than fixed-surface tails. This is primarily due to the lower torsional stiffness of the tail spindle, as compared to a fixed carry-through structure. All-moving tails usually require significantly more mass balance weight to avoid flutter than conventional elevators. This contributes to making the all-moving tail heavier than the conventional tail.

Tail Stall: A major concern in the design of all-moving tails is the potential for tail stall at high deflections. Several airplanes with all-moving horizontal tails have experienced tail stall when flown with full flap and forward CG positions. Tail stall can be extremely dangerous since it will cause the airplane to pitch down rapidly and uncontrollably.

An excessively forward hinge line will also tend to promote flutter and will increase the amount of mass balance needed to prevent flutter.

When the hinge line is placed near the aerodynamic center of the tail to eliminate the floating tendency, the restoring tendency of the tail is also eliminated. This can cause the pitch control stick forces of the tail to be excessively light and make the airplane over-sensitive in pitch.

Anti-Servo Tabs: If the tail is driven by a powered actuator, as is the case on high-speed military airplanes, the lack of control surface restoring tendency is not a problem. If the tail is mechanically controlled by the pilot, the designer must provide some restoring tendency for the airplane to have acceptable flying qualities. The most common way of doing this is to use a geared anti-servo tab on the trailing edge of the tail. Typically this tab extends over most of the span of the tail and is about 10% chord to 15% chord wide.

The anti-servo tab also acts like a flap that increases the maximum lift of the tail. When the tail is deflected, the sense of the deflection of the tab is in the same direction as the tail deflection. The tab acts much like a conventional elevator and adds to the control power of the all-moving tail.

Like all trailing edge tabs, an anti-servo tab on an all-moving tail can be a major cause of flutter. It is extremely important that there be no slop or play in the linkage which controls the tab.

Airfoil: There are two primary factors which must be considered when choosing the tail airfoil. The first is stall characteristics. An all-moving tail is subjected to a wider range of angle of attack than a conventional tail because it can change its incidence. It is therefore desirable to choose an airfoil with a relatively generous leading edge radius and a high stall angle of attack in both the positive and negative directions.

To prevent this problem, the designer should always choose a section which has a zero Cmo for an all-moving tail. Practically speaking, this requirement will limit the choice of airfoils to symmetric sections, or airfoils having a small amount of camber in the extreme forward portion of the chord. The problem of trimmed hinge moments can be controlled to some extent by proper use of tabs, but this does not alleviate the need to choose the tail airfoil properly in the first place.