I am very fond of Mexico. I have traveled there about 20 times in my RV-10 and another couple of dozen times in my land-based RV. I have flown through several Mexican ports of entry and another dozen or so airports—from airline-capable to dirt strips. Most, if not all, of my flying in Mexico, not counting my former airline career, has been in the capacity of serving with the Flying Samaritans organization. It has been wholly rewarding.

I love the scenery, I love the culture, l love the people, I love the food. I am still a work in progress on appreciating the music, but I am getting there. Mexico has some beautiful places to see and visit, and it, especially Baja California, is delightful to explore by personal aircraft.

Without exception, Mexican aviation authorities have been welcoming, helpful and professional. I once had a unique radio inquiry from Hermosillo Center, inquiring about my avionics/ADS-B brand. The controller said he had been receiving my information for some time and was deciding for himself what to install in the RV-8 that he was building.

Even so, I was recently dismayed to receive an alert from the Baja Bush Pilots—an organization that I admire and recommend—that aviation authorities in Mexico have recently turned away Experimental aircraft after entering the country. According to the BBP’s Jack McCormick, over “the past several weeks, we have had two Experimental aircraft denied entry into Mexico, one at Nuevo Loreto and the second at Mar de Cortez (Rocky Point). Upon finding out the details from both incidents and reviewing airworthiness certificates, it seems that on almost all airworthiness certificates, there is a statement on the back side that, in part, indicates that the certificate is not approved for international travel unless approved by the country it was entering. And this is exactly what the comandante of the international airports that turned back the aircraft told me. I have followed up with calls to additional Mexican AOE comandante and they indicated to me that this has been overlooked for years, however, now aircraft with airworthiness certificates that contain language that restricts them from international travel will be restricted from travel in Mexico.”

The BBP is actively working on the situation and has hired an attorney to pursue the matter locally—your BBP dues hard at work. Still, the core issue remains because it stems from verbiage on the back side of U.S.-issued Special Airworthiness Certificates, which in my case includes, “No person may operate the aircraft…over any foreign country without the special permission of that country.” Further, in the boilerplate language of the Experimental Operating Limitations—Phase 2, Section 21 reads in part: “The owner/operator of this aircraft must obtain written permission from another country’s Civil Aviation Authority (CAA) prior to operating this aircraft in or over that country. That written permission must be carried aboard the aircraft together with the U.S. airworthiness certificate and, upon request, be made available to an FAA inspector or the CAA of the country of operation.”

I reached out to an acquaintance with impeccable credentials who said that the certificate limitation has been in place for “many, many years” and that pilots and officials on both sides of borders had simply “ignored the limitation.”

I see his point, but my counter is that I have never operated my aircraft in Mexico without obtaining an official permiso de entradas múltiples (PEM) Multi-Entry Permit, which, in addition to granting entry and operational authority to me and my aircraft, specifically identifies my aircraft type and lists me as the manufacturer. The permit is applied for and renewed with an attached copy of my airworthiness certificate. Mexican authorities have inspected my aircraft for the installation of a 406 MHz ELT, which is now required for operations in Mexico and, while doing so, never commented about the Experimental nature of my aircraft. I am sure that I am not alone in the belief that obtaining the “permiso” fulfilled the stated requirement for permission to operate in Mexico.

Nevertheless, the BBP is recommending Experimental aircraft avoid going to Mexico until the issue is clarified. As a point of reference and comparison, Transport Canada has explicit guidance on operating U.S.-registered Experimentals in Canada and sets out, in writing, the limitations that come with it. So there is precedent for a country to outline blanket approval for American Experimentals to venture beyond our borders.

Hopefully, if documentary authorization for Mexico operations is required beyond the established entry permit, logic and common sense can prevail and something akin to Canada’s solution can be implemented. I reached out by email to authorities at Guaymas, a beautiful seaside community and the most common port of entry that we use for the Flying Samaritans trips, to get their perspective on entering with an Experimental. The initial response was, “You are welcome in Guaymas forever.” But they also were forwarding my inquiry to higher authorities for clarification. Because the economic flow from the cross-border traffic is 99% to the favor of the Mexican economy, it would seem logical that it would be in their best interest to resolve the issue promptly—to welcome us and our gringo dollars back.

This is one article I sincerely hope is outdated by the time it reaches publication. Mexico is truly a delightful place to fly. For decades, hundreds of Experimental aircraft have made thousands of flights and contributed millions to the local aviation infrastructure and the general economy. Hopefully, this particular issue and COVID-19 will be past us soon, and we can continue to enjoy our aircraft and avocation more fully. In the meantime, use all available resources and be prepared for any trips, especially foreign. ¡Buen viaje! 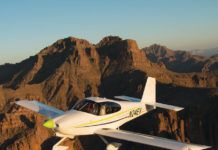 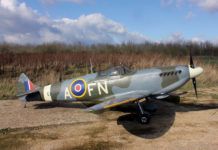 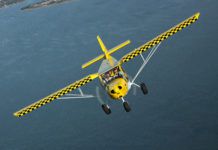 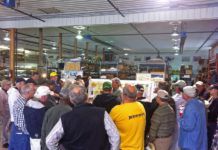 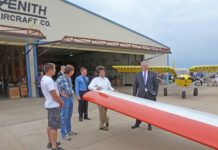 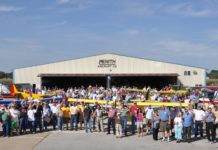