Much noise has been let of late regarding the aging pilot population and how, like a bunch of dinosaurs in a Larson cartoon, we’re all bound for extinction. I recall the great humorist laid it out by having a dinosaur standing at a podium addressing an auditorium of dinosaurs and saying, “The situation is very grave. A giant asteroid is heading toward the earth, and we all have brains the size of walnuts.”

Well, the situation does resemble something of an open pit as we air buggy drivers continue our ongoing personal mass extinction. But at least some of us have brains exceeding the average walnut, or so I was told at a recent lecture.

One consequence of the shrinking pilot pop is what are we going to do with all these old airplanes? If there are fewer pilots, and yet numerous veteran airframes are apparently destined to outlast Miss Havisham’s wedding cake, plus the new certified tin currently being stamped out for the training market is taking up space, plus, of course, our own efforts banging out so many RVs and such, then when does the market reach saturation?

I used to think rather soon, but maybe it isn’t so immediate.

For sure market pressures are truly digging in on used aircraft, creating quite the buyer’s market in some cases and a seller’s holiday in others. If it’s a half-alive 172 that could stand banging around the pattern a bit longer, it’s likely worth more than it was last year. But if it isn’t a half-decent trainer or a going-places airplane, it seems to hold only hobby value. And if it’s got just one seat or is more tuned for sport, then there’s pretty much just the hope of giving it away for whatever value the engine has and crawling out from under the hangar rent. And that’s assuming whatever one is trying to vend is actually flying and might even have the dreaded ADS-B impedimenta installed. Should the aircraft squat on flat tires, with steamed gauges, 30-year-old radios, and TBO on the tach, you could just burn it on the beach while enjoying a beer.

Now, if your basic aviation transportation needs are already met and you’re looking for something fun to fly, this means there are screaming bargains to be had. Yes, you could order any number of kit airplanes and gain a great winter hobby. The modern kits are far easier and rational to build than ever, and—and this is a big and—you have a brand-new airplane when you’re finished. Hey now.

But poking around hangars and the classifieds can unearth a faster, cheaper path to fun flight. As an example, a friend just bought a gorgeous single-seat Acrosport for not much more than the core value of the engine. It had been sitting for a few years—just enough to require a new battery and light freshening of the fuel lines and such—but the original build was outstanding. It’s always been hangared, and the paint is still handsome. It’s a really cool sportster, a gorgeous little thing for a guy looking for some fun while avoiding poverty. Yes, it isn’t the acro gold-standard Pitts, and at the other end of the trip, the Acroduster won’t have the Pitts’ resale value, but the Acrosport design is often (perhaps enthusiastically) labeled a Pitts with the lines squared off, and my buddy can afford it now. So he can fly now. At 59 years of age, now is a much better time than four years from now. 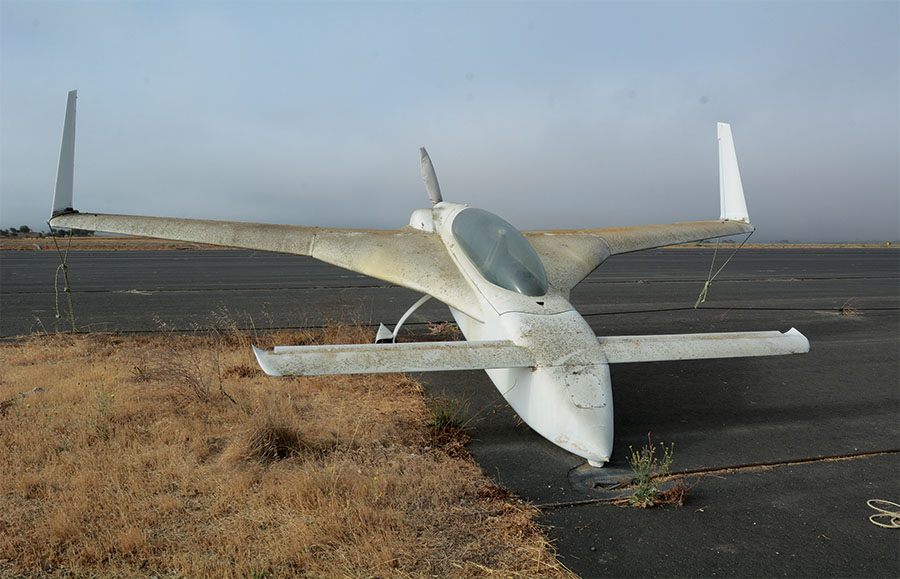 There are plenty of airplanes—and airplane kits—waiting to be put back in service. Many, such as this one, are past economical repair; some are pretty much just waiting to be flown by a younger, more enthusiastic owner.

In fact, the price-to-value ratio is simply off the charts. Again, he bought it for the price of the engine, and that engine should run fine for some years yet. The rest of the airplane was free.

Think of that. All those bills for spruce spars, rolls of fabric, 4130 tubing, the oil plumbing, hydraulic lines, instruments, upholstery fabric, butyrate dope, AN hardware, the windshield, wheels, tires, brakes, flying and landing wires, nav lights, propeller, spinner, primer, paint, com antenna, 22-gauge wire, breakers, radio, oil cooler, tailwheel spring, my blessed nut plates, along with the taxes and shipping to get all this stuff to the shop…all free. Not to mention the labor to put it together. How many endless, tedious hours in the shop does it take to build even a small acro biplane from plans? Three thousand hours? In a walk! At two hours a day, that’s 1500 days—a bit over four years if you work two hours every birthday, New Year’s, Christmas, Hanukkah, and Thanksgiving—to make such a creation come together. That’s five percent of the average American male lifespan—a lot to trade for barely five figures of cash. Yet that’s what little single-seat hot rods are worth. There are only so many pilots interested and capable of enjoying such a fun airplane.

Admittedly this was an exceptional deal on a single-seat airplane, and there were some intangibles being considered. Things such as buyer and seller had known of each other for decades—but hadn’t been run-around buddies. And the seller knew the buyer was going to appreciate and fly the plane as it was intended. Which is saying the plane will both spend a little time upside down, but it also won’t crash. But even so, this is so much airplane for so little money.

To a lesser extent the same can be said of today’s crop of unfinished projects. More money and labor are involved to get them flying compared to a complete-but-inactive airplane, but if a winter hobby is needed or the building bug has to be scratched, there are big savings in picking up an abandoned project. In fact, for many older yet still popular designs, this may be the only practical way to build one just the way you want it. That’s because some characteristic parts such as turtle decks may have fallen out of production. But those parts are in those early kits.

So, while the old timers look back on the early days of homebuilding when warehouses of WW-II hardware were still dime-on-the-dollar stuff, these could very well be the golden days of plane building and ownership for a younger generation.

And I have a growing suspicion that younger generation is coming. The airlines are needing pilots, so pay and student starts are up. The flight school at my local patch is staying surprisingly busy, and those students are going on to a career. Someday these newbie’s are going to be mainstream professional pilots and could very well be wanting something fun to fly. What are they going to buy? Not a Cirrus with the ‘chute hanging out the roof. But those 40-year-old RV-4s might be looking pretty good.