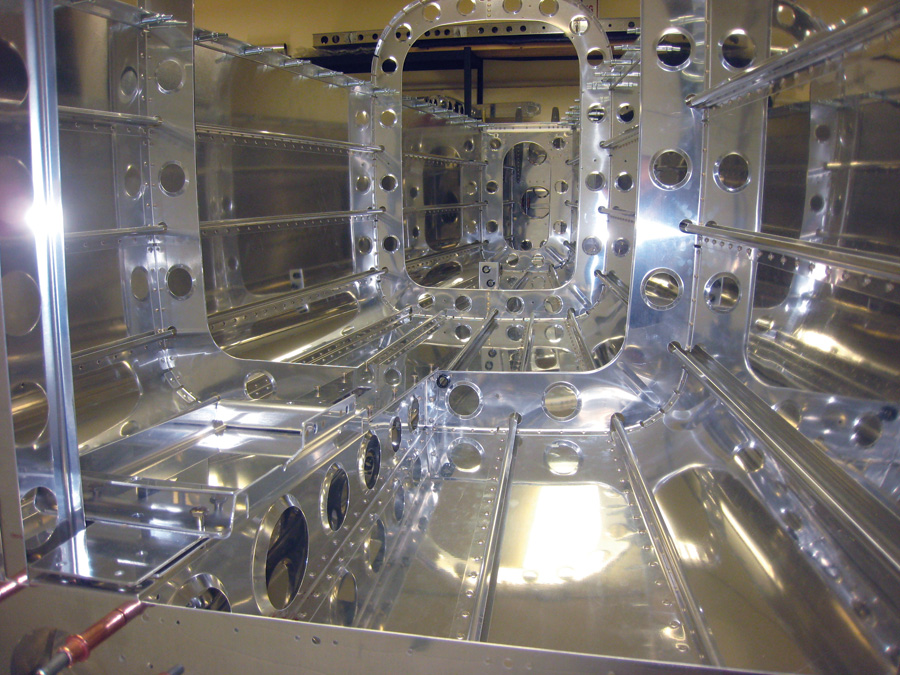 Figure 1: This RV-10 tail cone section has plenty of stiffeners running through the bulkheads. The stiffeners provide simple support for the edges of the adjacent panels and some load carrying capability of their own. This belongs to Mike Rettig, who took this photo.

Thin structures that carry compression loads can buckle. That’s no secret. One of the ways they buckle is called “local crippling,” where after the panel overall buckles, some local section, often a flange, buckles and then the overall part can no longer carry its load and collapses. Flanges are used to stiffen something else like a panel, a rib, or a spar web, and keep that thing from buckling. A common example is that a large flat panel will have a stiffener attached to it in the middle so that the large panel can be analyzed as two smaller ones. Stiffeners used for this purpose are called “panel breakers” because they figuratively break a large panel into smaller ones. There are two major questions involved: How much load can the stiffener plus the panel carry? And is the stiffener sufficiently stiff to let the panel act as two separate ones? We have to consider both strength and stiffness.

Today, we’re mostly concerned with sheet metal structures, particularly aluminum, with stiffeners lined up in the direction of the load. If you’re building in wood, you should see ANC-18, Design of Wood Aircraft Structures for design information. If you’re building in composites, chances are you wouldn’t use local stiffeners anyway, and if you did, they’d be shaped differently and have different modes of failure.

The whole panel can carry load in compression until the panel buckles, and it’s uniformly distributed across its area. After it buckles, the edges of the panel and areas adjacent to stiffeners can still carry more load, up to the capability of the stiffener combined with some small portion of the panel.

The first thing to find out is the buckling strength of the stiffener itself. This can get complicated, to put it mildly. Before we dive into it, let’s review some of the basic underlying details.

The modulus of elasticity, also called Young’s Modulus or the slope of the stress-strain curve, is called by the symbol “E.” It is the amount of stress a unit of strain causes, and is the fundamental material property for stiffness. The compressive yield stress is called “Fcy.” It’s the amount of compressive stress that causes a permanent strain of 0.2% and is often close to where the stress-strain curve becomes nonlinear as stresses increase.

For crippling of a stiffener’s flanges, the flange is usually described using the width of the flange, “b,” and the thickness of the material, “t.”

I’ve found a general graph that shows the buckling stress versus some material and geometry factors, and that’s shown as Figure 2. 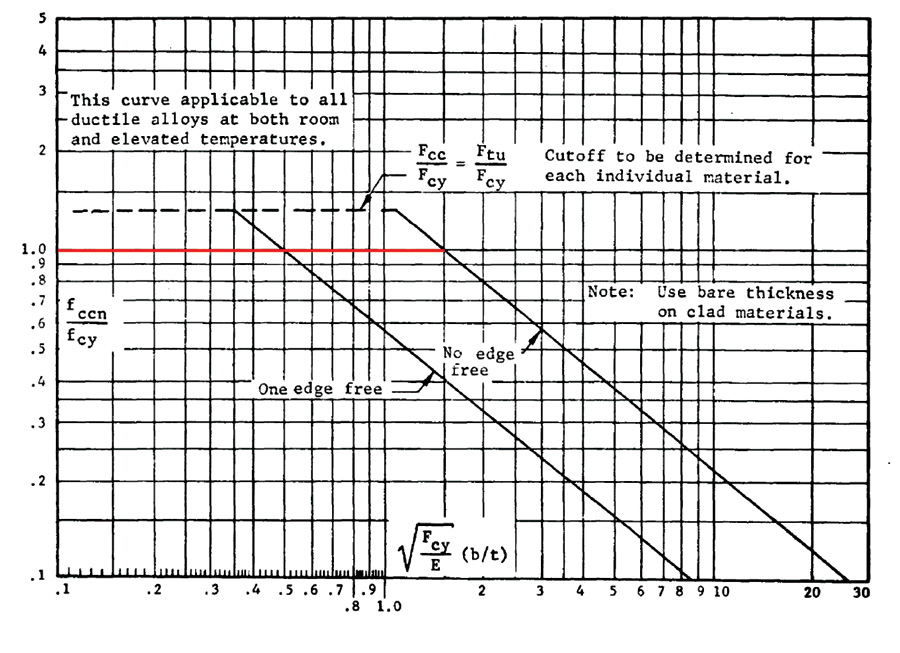 Figure 2: This is a general-purpose tool for predicting crippling in sheet metal stiffeners.

On the bottom axis of Figure 2, the square root only includes the Fcy / E, not the b/t part. I added the red cutoff line, which is recommended by a major spacecraft company for general use. This, in effect, says that the chart isn’t valid at stresses above Fcy, which is entirely reasonable, because it’s only valid in the linear region of the stress-strain curve.

OK, we have a fancy graph, and we know some material properties—but what’s “b” and “t” anyway? The “t” part is easy to answer—it’s the thickness of the material the stiffener is made from, or the thickness of the flange or web we’re considering. The “b” is a little more complicated. But Figure 3 and its sidebar shows how to calculate it.

Figure 3: These are common stiffener shapes for sheet metal, and the table gives formulas for calculating the width “b,” which is needed in the graph of Figure 2.

These cover most of the common types of formed stiffeners for metals. For the Z section, Case 2, the direction of the top flange could be either direction—it’s shown as a Z, but could be a C section without changing the calculations. These are taken directly from the Astronautics Structures Manual, section C1, which includes other sections and certain extrusions. 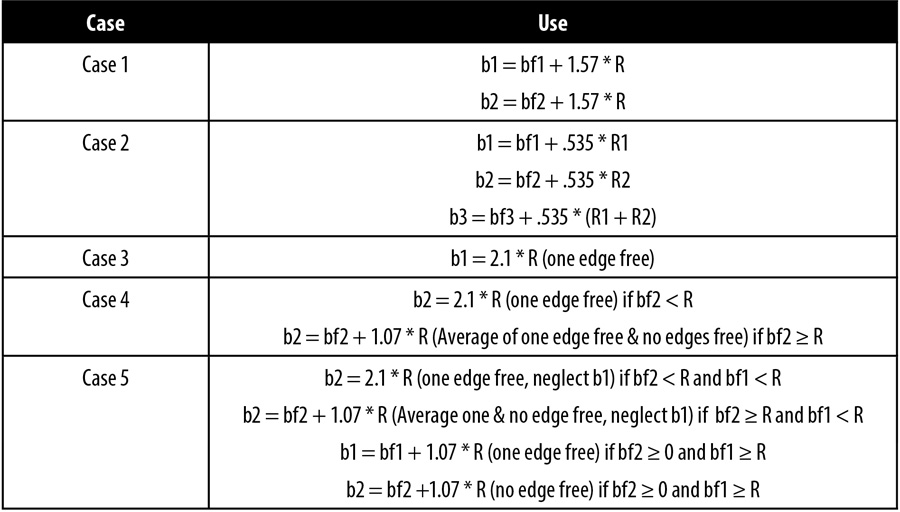 What we want is “fccn,” which is the allowable compression stress at which we think a flange or stiffener web will buckle. Once we’ve found the proper number on the left axis from Figure 2,

There’s a cutoff stress with this, though, limiting the allowable compressive stress Fcs for angle stiffeners to .7 * Fcy, and for 2-angle sections like Z or C sections, to .9 * Fcy.

We’ll assume that the stiffener is adequate and check that later. For now we’ll find the effective width of the panel on either side of the stiffener. The space away from this effective width is not effective—or in terms of how much compression load it can carry after the panel buckles, it’s as if it’s not there; it can’t carry any additional load.

Figure 4. The effective width of the panel is the black area centered about the line of rivets. If there is more than one row of rivets, as shown in the right sketch, they each have an effective width.

We can find the width of the effective part of the panel with Equation 4, if both the panel and the stiffener are the same material:

W is the effective width for both sides of the stiffener, inches (unless a free edge is less than W/2 wide.) This is shown in Figure 4.
tp is the panel thickness, inches
E is modulus of elasticity in compression, psi
Fcs is allowable compressive stress on the stiffener, psi
K is 1.7 for panels with no edges free
K is 1.3 for one edge free

To use this equation, first you’ll need to find the approximate compressive stress in the stiffener.

Equation 4 uses the modulus of elasticity, and it’s important that the applied stress is in the linear region of the stress-strain curve. For most stiffeners, the cutoff stress will keep them in the linear range.

The line of rivets is the center of the two sides of the effective width because that’s where the stiffener acts.

The panel’s effective width will carry the same stress as the stiffener if the panel doesn’t buckle in between the rivets or other fasteners. Therefore we need to look at “inter-rivet buckling.”

where
Fir is the allowable inter-rivet buckling stress, psi
tp is the thickness of the panel, inches
p is the rivet spacing, inches
E is the modulus of the panel, psi
C is 1.0 for dimpled or counter-sunk rivets
C is 3.0 for round-head rivets

But if Fir is lower than Fcs, then the buckled panel can still carry a lower load until it buckles in between the fasteners. This lower load is calculated by reducing the effective width:

and using Wcorrected instead of W in Equation 6. Since buckling in between the rivets is hard on the rivets, add more rivets until Fir is greater than Fcs.

Now what do we do with this?

We go back into the analysis of the part that we’re analyzing and replace the whole panel and stiffener with the effective width of the panel and the stiffener and recalculate the moment of inertia and the new strength of the overall part. We iterate this until we’re sure that the structure can carry the load.

That other question was whether the stiffener would be sufficiently stiff to act as a simple support for the panel. I couldn’t find much on that except for an equation from Bruhn’s “Analysis & Design of Flight Vehicle Structures,” an excellent reference. Bruhn’s equation C7.8, with some of the variables renamed, says

Equation 8 assumes that the modulus of elasticity of the stiffener and the panel are the same. Note that in each fraction, the units factor out and disappear, so the result of the left side of the equation is just a number. If it’s greater than five, the stiffener ought to be stiff enough to act as a simple support to the panel. Remember that stiff enough has nothing to do with strong enough, which we had to calculate using equations 1 through 7.

Next, we should see if inter-rivet buckling is an issue, because that might affect W.
p = .75 inch Rivet spacing
C = 1.0 Dimpled and flush rivets

Since Fir is less than Fcs, and I don’t want to reduce the rivet spacing to about 5/8 inch, which would be necessary to use the full effective width W (your homework: verify that comment), I’ll use Equation 7 to shrink W:

Finally, the total compressive force that the stiffener and the local panel can carry is

Here’s more homework: Determine for yourself if the stiffener is stiff enough to be a simple support for the panel. There’s enough information provided here to use Equation 8 and see, and it’s worth doing. My calculations indicate it is. Do yours?