We at Kitplanes are always looking for new and different airplanes to review, and we found this one right under our noses at the annual Sun ‘n Fun Fly-in in Lakeland. It has been greeting visitors as they walk into the show from the camping area for years, and we just assumed that someone had covered it before – but sifting through our dusty archives, it is apparent this fine effort at homebuilding has been all but ignored. An unfortunate situation, and one we’ll rectify here!

The airplane is a one of a kind offering from Henry C. Palmer, an amphibian biplane that is trying to decide if it is more of a boat or an airplane. Perhaps the truth is that it has been caught in mid-metamorphosis, emerging from its chrysalis and not yet fully formed. It has, however, been proven as a flying machine, having logged approximately 100 hours before having been donated to the Sun ‘n Fun organization for display next to a quiet pond on the grounds. Since the airplane appears to have been out of annual for a number of years, we weren’t able to give it a turn around the patch (or the pond), but we can report on some of its unique features.

The configuration appears to have been spawned by the marriage of a Wright Brother’s flyer and an aluminum fishing boat, with a few nods to modern technology thrown in along the way. Powered by a mighty C-85 in pusher configuration, the structure appears to be well thought out and features a modified boat hull and retractable landing gear. The tail booms and surfaces might owe more to Curtiss than Wright, but they appear adequate for the job. 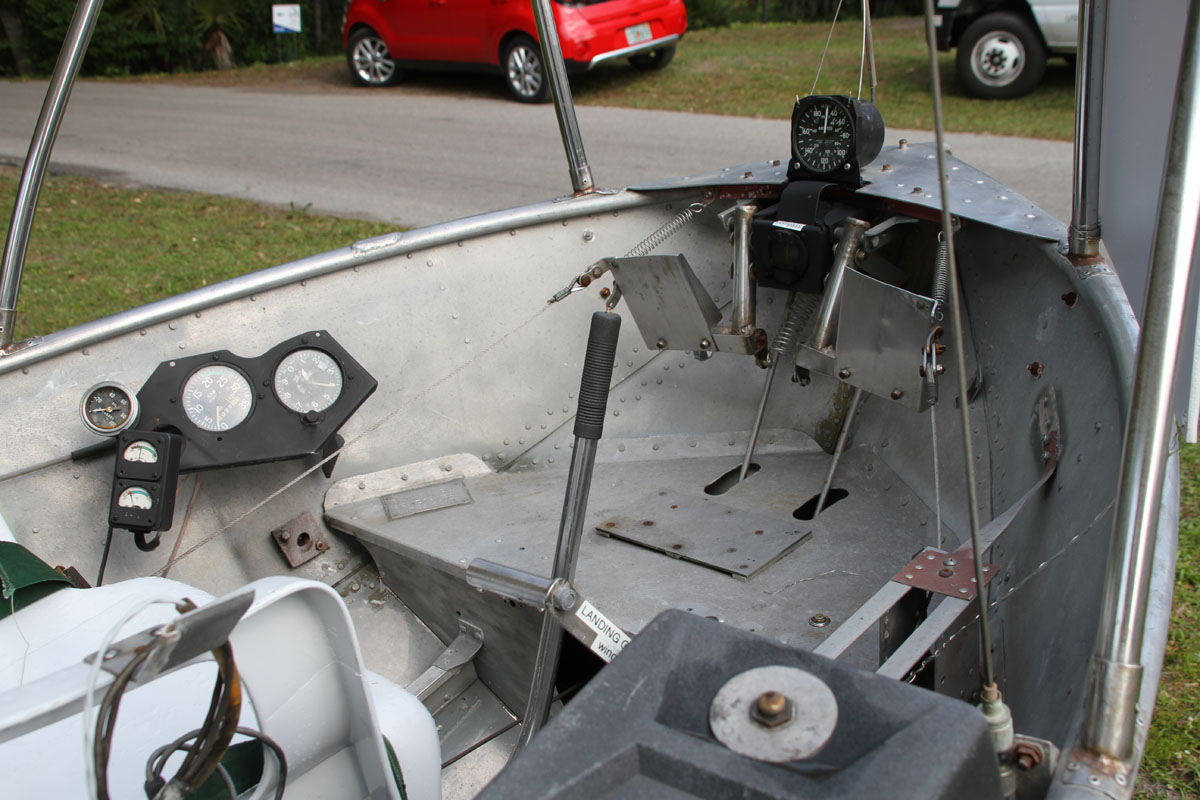 We are impressed with the spacious accommodations for the passenger, which features plenty of shoulder (and elbow) room as well as astroturf carpeting. The white vinyl boat cushion seat appears comfortable, and the leg-room (both fore/aft and side to side) is enormous. The plastic pilot seat (a better word would be “chair”) appears to be borrowed from a set of lawn furniture, but does have a bucket configuration. Thoughtfully, both seats are equipped with seat belts – a nod to modern design, no doubt. 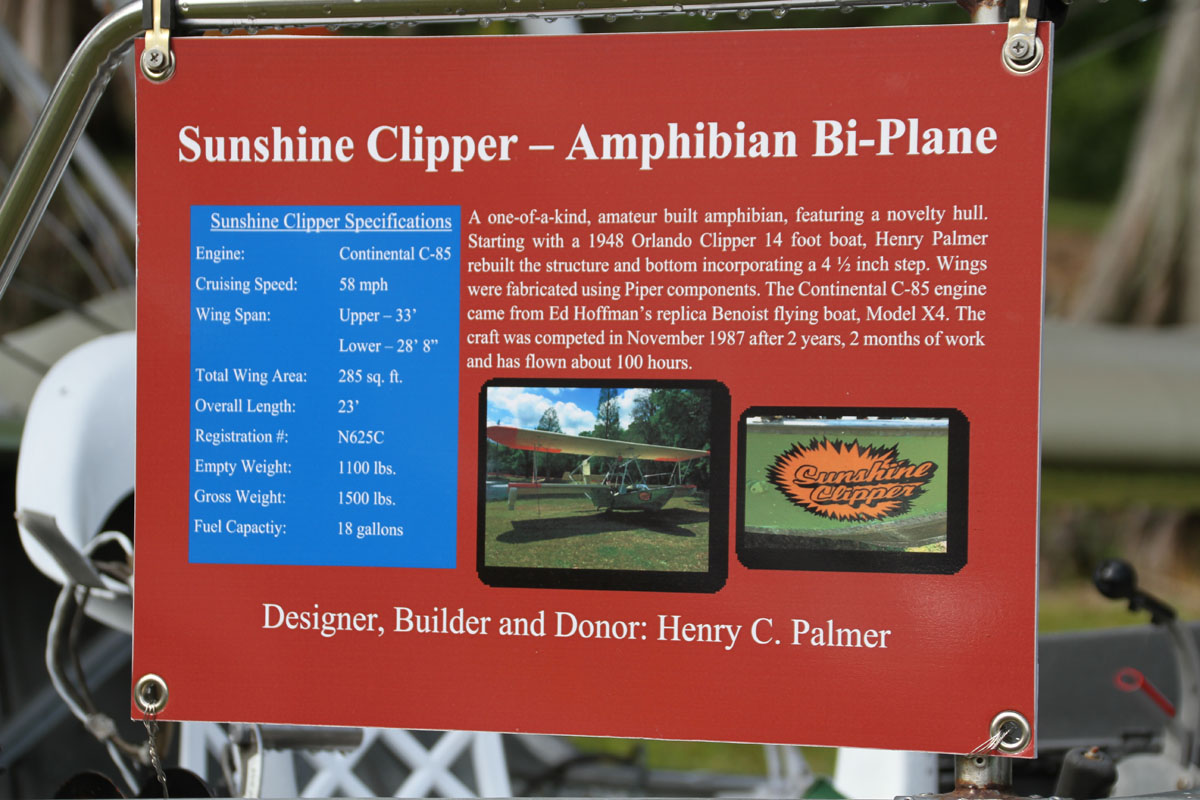 Flight controls are conventional, with a standard stick and rudder configuration , with rudder return springs that will be easy to preflight. In fact, all the flight controls appear easy to preflight, as all cables, pulleys, and fasteners are exposed for all to see. An airspeed indicator is featured prominently between the pilot’s toes, with an altimeter and a few engine instruments on a panel to the side. The “Landing Gear Winch” appears utilitarian, and was probably stolen off the trailer that the boat rode in on.

Baggage compartments (which appear to have lived a previous life as tackle boxes) are mounted on either side of the pilots chair, and the entire aircraft is appropriately finished off with a mermaid figure-head tied to the bow. The “Sunshine Clipper” is certainly one of the most unique aircraft – or boat – we have seen in years, and only wish that it was still operational, so that we could give it a try. 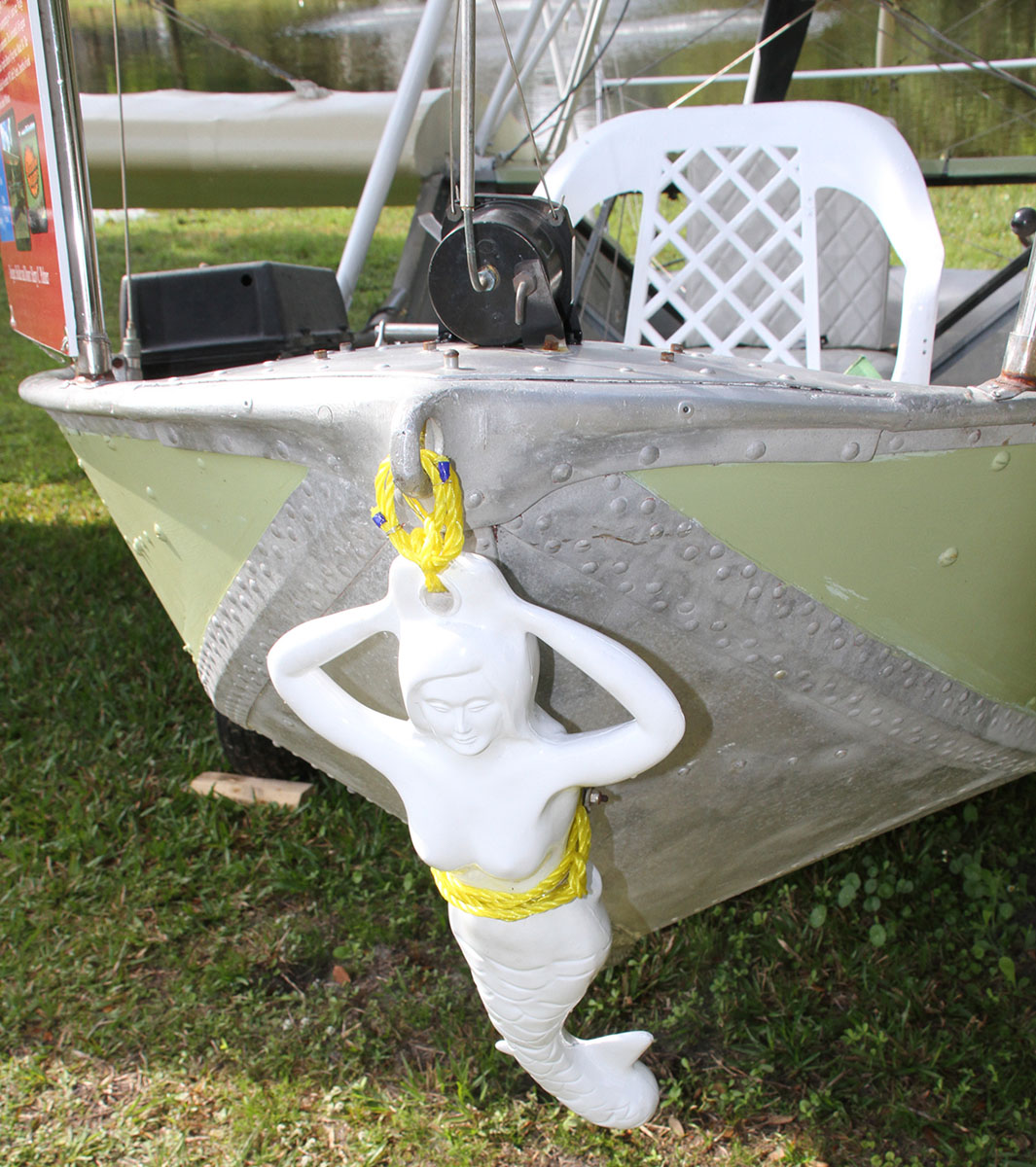 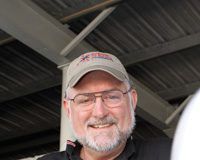 Larry Simpson - March 16, 2009
0
Larry Simpsons first building experience was deepened by his engine choice: an Eggenfellner H6 Subaru conversion. His attention to detail and tailored modifications led to more of a hands-on experience than he expected-sometimes frustrating, expensive and fascinating. By Larry Simpson.

Patrick Thomson - April 16, 2010
0
The first installment of a new series introduces you to the materials and equipment you'll need to tackle vacuum-bagging projects at home.