Mechanical fuel pumps are pretty reliable, in general. I know folks who will disagree, having replaced them early in the life of an engine, or having them fail at inopportune times; but statistically, they tend to last the life of an engine—at least, if the engine is used often enough to keep the pump diaphragms flexible, and you don’t go an unreasonable time beyond recommended TBO. And there’s the rub—the recommended TBO. Its not just hours, it is calendar years as well and for a good reason. Rubber seals and parts don’t last forever because they degrade with time (due to exposure to oxygen and chemicals) whether or not you use the engine. Which is why Lycoming recommends an overhaul at 12 years, regardless of hours. 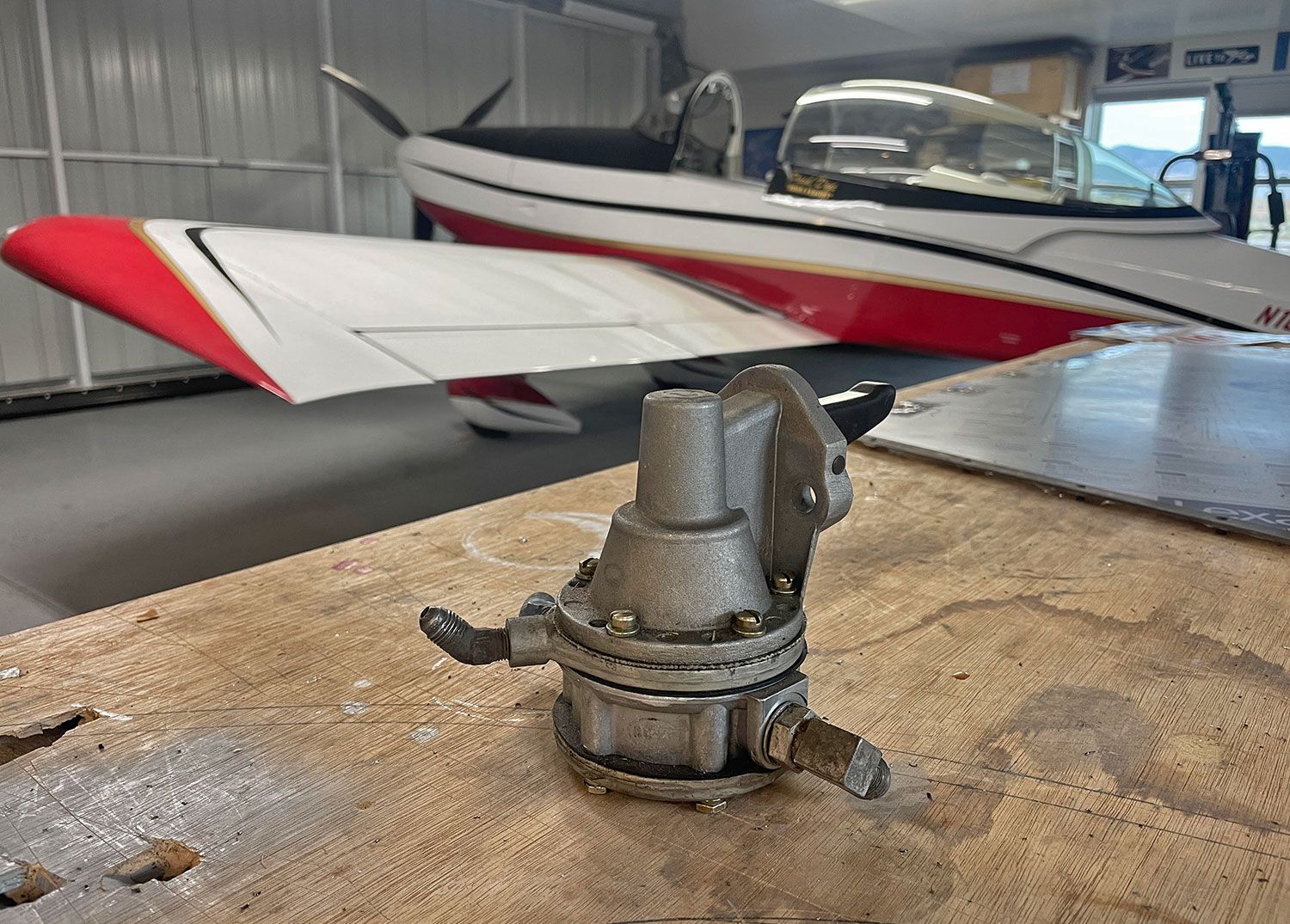 That’s probably not news to you, just like it isn’t to me. But, with most homebuilders flying their airplane a hundred hours a year, let’s be honest, nobody I know overhauls on time. The Mattituck-built O-360 on the nose of my RV-8 has been flying since 2005. We put new jugs on about ten years ago at 1400 hours, and it now has 2090 hours in service. Oil consumption is low, compression is good, and it just purrs along. Lower ends go a long time, so I suspect we’ll keep running her and overhaul “on condition” but that “condition” has to include accessories… like fuel pumps.

Just before Oshkosh, I noticed a couple of blue drops on the floor under the fuel pump drain – the one that doesn’t have fuel in it unless a diaphragm is starting to crack. I cleaned up the drain, flew the airplane, and checked again – there was no fuel in the clear drain tube. Like most RV pilots with carbureted engines, I have noticed that fuel pressure isn’t tremendously high, although the engine runs great, and it jumps up a bit with the boost pump. Fly and check, overhaul on condition. So what did I do the day before Oshkosh? Borrowed a low-time pump from a neighbor’s core engine, gathered every tool I’d need for a field change and took it all with me to the show… and back. I could have changed it at any point in time, and been fine – these things don’t tend to fail all at once, they are a slow, seeping failure. So while I was at the show, I had a new pump shipped home, and when I got back, I spent a couple of quality hours changing the pump. Hints—the RV-8 has lots of room to work behind the engine, and if you use a big blob of white lithium grease on the plunger, it will stay “up” long enough to insert the pump. Take out the lower spark plugs so you can rotate the engine easily to find the point where the plunger is full “up.” Old mechanics tricks…

As soon as the new pump was installed, I ran it up, and wow—3.5 psi, just per the spec! I hadn’t seen that for years. Like I said, a slow failure—something to keep your eye on. And if you’re planning that long Alaska trip, or planning on flying around the world with a “seasoned” engine, you might want to be proactive and give that fuel pump a change. $350 isn’t bad, considering you spread it out over 2,000 hours.