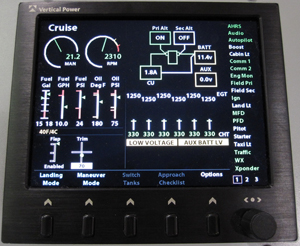 The advanced power management hardware that Vertical Power introduced three years ago has continued to gain features and capabilities. At Oshkosh, VP showed an update to the VP-200 that provides a mode interface with an external EFIS display; in its booth, the company had a Grand Rapids Technologies Horizon HX with the new programming that can display the VP-200s mode status on the main PFD. Another new feature for the VP-200 is the ability to manage and monitor a standby battery.

The VP-200 employs contextual mode switching-from preflight to engine start, through all phases of flight back to shutdown-that allows the processor to manage the entire ships electrical components on a preset schedule. (Thats a dramatic simplification of what the system does.) Moreover, the processor controls solid-state current limiters mounted in a central power-distribution box. 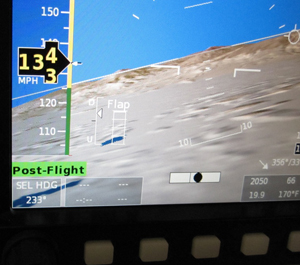 The VP-100 features the same guts but without the engine-monitoring screen, while the VP-50 is a simplified system still employing the solid-state current limiting technology and remote distribution box. Vertical Power also has the VP-200 Climate Control system, a fully automated air-conditioning control module. Prices start at $1495 for the VP-50.