I got the distinct sense, virtually of course, that pilots were itching to pull a Peter Finch. You must remember that incomparable speech by Finch as newscaster Howard Beale in the 1976 film Network. He lists the troubles of the day—some of them familiar even now—and concludes that the real solution isn’t to write your congressman but to stand up, open a window and yell, “I’m mad as hell and I’m not going to take this anymore!” 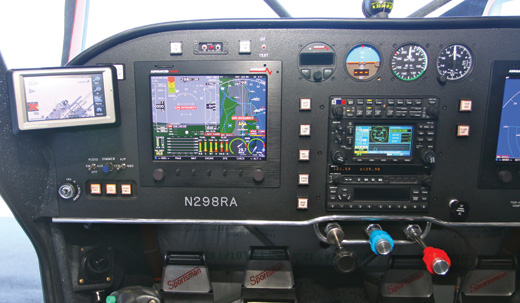 How many databases you got there, son? Maintaining multiple, expensive GPS databases can tax a pilot’s patience.

Who among us can’t agree with at least the sentiment here? In general aviation, particularly in the even smaller homebuilt segment, it’s easy to feel discounted, put upon, the last priority for an agency—that would be the FAA—which at one time was responsible for the promotion of aviation as well as overseeing its standards for safety. When does the last nick hurt too much?

I think I saw red after the FAA announced that it would no longer offer free downloads of chart data in PDF form. The situation is actually more complicated than it initially appears. First, the FAA said that by April 5, 2012, it would no longer make the data it gathers and updates available free of charge. But it also said that the data would no longer be available at all to individuals, which means that other entities will have to splice in as middlemen to a process that won’t, I believe, accept much of a cost bump. At the moment, free approach charts can be had from a variety of sources, including AOPA, where I tend to get mine. Although I admit to being pretty mercenary about it. If I’m on Airnav.com for other reasons, I’m just as likely to grab the files there.

One of my favorite sources, called NACOmatic, no longer functions because of the way the FAA has restricted access to the database to the 24-hour period just before the update, which made the NACOmatic business model “unviable,” according to its developer. What NACOmatic allowed me to do was download all the pertinent instrument approach charts (approaches, standard departures and arrivals) and airport information before a big trip. I would print the plates for the airports I knew I was going to use, but I could also put the remaining files onto a memory stick for use on my laptop computer. This way, should I need to divert for weather or a mechanical issue, I knew I had the plates in the airplane. (I would put them on our family iPad, but it never seems to be my turn to play with it.) 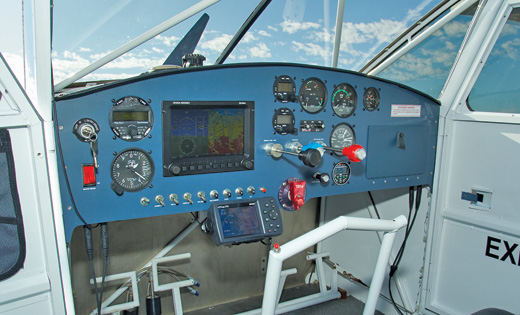 Here’s a simpler solution for VFR flying. The Dynon EFIS provides the basic flight information, while a portable GPS gets you there. Is this enough for most GA flying?

In any event, I was able to inexpensively and conveniently carry the charts I needed. The alternative, in this world just shy of the true paperless cockpit, is to lug a huge box of paper. Years ago, I ferried an airplane from California to Florida, with the expectation it would be heading up the East Coast later in the same trip. I’m glad it was a Cessna 206 because the paper weighed as much as a healthy infant. What’s more, I’ve had more than one trip where the charts were due to expire before I got home. In theory, you’re supposed to dump the old charts, and procure and carry the new ones. With electronic distribution, grabbing the latest charts at the hotel over breakfast would be just as good.

In the new world order, the FAA will make its data available to approved resellers for a fee, which will no doubt be marked up and passed on to the customer. It’s true that I’m not talking about a lot of dough here—approach chart books are less than $5 in bound form—but it’s a cumulative thing. The FAA adds a nominal fee on top of everything else challenging us to keep flying: the high cost of fuel and increasing insurance rates, multiple databases that slowly suck us dry. It’s the last item that seems to have really rankled the aviation community. If you have an airplane suited for and actively flown in the IFR system, you’re looking at sustaining your IFR-approved GPS’s database plus, probably, a database in your electronic flight instruments. You might have a backup GPS, which will need its own database updates. Plus the paper maps or some electronic equivalent. I’m all for a certain amount of redundancy, but keeping every database-equipped device fully up to date can be fearsomely expensive.

I had a series of conversations with engineers at Garmin during the installation of the G3X EFIS in my Sportsman. It became clear that the G3X components were newer, smarter and faster than the Garmin GNS 430W that was responsible for the navigation under IFR. The G3X’s GPS engines and subsystems—one for each screen—are considered VFR only. You can’t legally use either of them as sole source when flying IFR, but it was also quite evident that the GPS portion of the G3X was faster responding and quicker to acquire its position than the 430W by a substantial amount. The G3X also had vastly superior human factors for finding waypoints and stitching together a flight plan than the 430W, which should come as no surprise. I first flew the Garmin 430 in 1999, and the underlying architecture hasn’t changed a lot since then. I kept asking the Garmin engineers why the G3X didn’t carry its own IFR approval, which would permit much more reasonably priced instrument navigation. The silence over the phone went on a bit too long, with the answer being that if I wanted all of the features I desired in the G3X, the last thing I also wanted was for some part of the software to be IFR approved.

The issue here is that certification costs stifle development. If it were as easy to develop an IFR box as it is, say, a portable or an Experimental-class EFIS, I suspect we’d have a lot more competition. As a matter of fact, I didn’t include an IFR-approved GPS in the first round of avionics to go in the Sportsman because I felt the available units were too expensive for what they provided. It wasn’t until I had to test certain functions that an IFR-approved GPS became utterly necessary. You can’t rewind the clock, of course, but I think back on the Sportsman in its original basic configuration—first-generation Dynon EFIS, Garmin SL30 nav/com, transponder, portable GPS with weather—and am reminded that I changed my plans very few times for the lack of an IFR GPS. 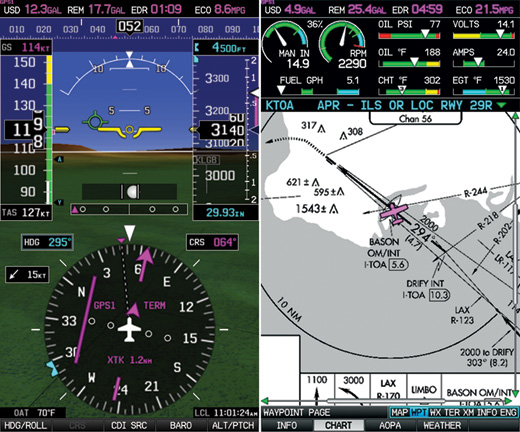 Synthetic vision and on-board approach plates require their own databases, arriving from different sources. Shouldn’t one database source be enough for the whole airplane?

Instrument flying is a useful tool and a gratifying skill to have, but as we march toward all-GPS navigation the costs have skyrocketed, and as soon as user fees make a return to the headlines, the all-in costs to do the right thing in marginal weather conditions will become prohibitive. Already pilots who feel uncomfortable in the system and are unwilling to invest in the latest equipment attempt to complete their flights in something less than real VFR. The last thing we need is for these incremental fees—individually not much, but collectively really headache-inducing—to drive a pilot’s safety decisions.

I think it’s time for those in the FAA overseeing instrument certification to rethink their approach to light-aircraft equipment approvals. We have the technology today to create navigation systems as reliable and as “self aware” as anything currently certified. (By that I mean systems that can sense errors in computed data and warn the pilot before driving him into a mountain, or the ground short of the runway.) Today, the cost of certified navigators is high and the maintenance expense of their databases, in my view, just short of exorbitant.

In my dream world, the FAA would reverse course and continue to offer online product direct to users at no cost. Yes, I understand that the department within the agency responsible for charting has to break even, but if the costs are low enough, doesn’t it raise the question of the total return once you factor in the price of assessing and collecting the fees? Haven’t you ever received a refund for, say, $1 and wondered if it didn’t cost more to send that refund than the face value of it? I have.

And then, just as the alarm starts to go off in my dreamland of future aviation, I’d ask for a coordinated database effort, a universal translator, if you will. Create one database and leave it to the individual boxes to parse the data and present it to the pilot. One cost for all, and one database for every unit in the cockpit. Impossible? Probably. But a man can dream.