Before you can legally fly your kit aircraft you must have it inspected by the FAA or the FAA’s legal representative, and that inspector must issue the aircraft an airworthiness certificate. Nothing flies legally in the U.S. without one of these pretty little pink pieces of paper, suitable for display in the cockpit with your registration certificate (you have one of those with your N number on it, right?). You do recall the acronym you learned as a student pilot—AROW—which stands for the paperwork you must have in the aircraft for it to be legal (in the U.S.) to fly?

A—airworthiness certificate
R—aircraft registration
O—Operating Limitations (Created by you, from your aircraft specs notes, plus agreed upon with the DAR, equals where you can operate the aircraft, and how)
W—weight and balance papers (you’ll have to show that you have an official empty weight and gross weight, and demonstrate how you’ll calculate loading and fuel to stay in c.g.)

So how do you know it is time to go looking for a final inspection? We’d completed the pilot’s operating handbook and the weight and balance calculations just days before, and with a couple engine starts and a taxi to burn in the brakes under our belt, we believed it was time to fly. The last week of the month we hired Ray Howell, a Designated Airworthiness Representative (DAR) working on the Liberty Aircraft flight line in Fort Pierce, Florida, to come and inspect our RV-10. It took a little doing to find the right person for the inspection, as not many DARs in Florida are familiar with the RV-10. We really wanted someone who had at least seen another RV-10 to do the inspection, so that he’d have half a chance of detecting any issues we might have missed. After all, we wanted to get our money’s worth and enhance the safety of our first flight by having an educated eye look over the project, not just pay for a paper-pusher. 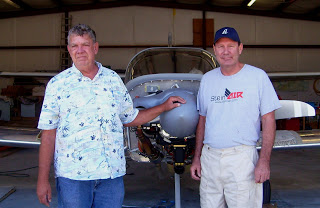 In this day of expensive energy we paid a stipend, too, for Howell to travel to us. It basically cost about double what your average pilot check ride runs for a 2-hour inspection on a Saturday morning.

Was it worth it? What a silly question. The airplane wasn’t flying without the airworthiness certificate, so whatever it cost, it was worth it. Did Howell find anything that needed correcting? Well, nothing big. Most of the items were repaired with black sharpie written onto the bare aluminum in big letters (as in, EXPERIMENTAL, right outside each door). We also added contrast to the N numbers painted in white on the aluminum so that they would stand out more. Howell appreciated that the aircraft was built by a certified A&P mechanic, and ribbed us for a couple of smiley rivets on the bottom of the wings (those were especially difficult to do). He was pleased to see proper safety wire techniques used throughout, and that the electrical wiring was neatly bundled in sharkskin and pinned to the fuselage with aviation-grade tie wrappings. It’s the details, he said, that help you to judge sometimes.

In the end, of course, it was all about the paperwork, much of which we’d submitted to Howell two weeks before he turned up at our hangar door. He explained that he actually had to get pre-approval from the FAA on our paperwork and validation that we’d met the 51% rule before he’d even turn up to do the inspection. He said that how the paperwork was handled, in combination with a brief conversation with the builder and a look around the builder’s shop, often let him know right away whether the person standing before him looking for an airworthiness certificate actually did the build.

In our case, the well-worn shop equipment and history of building combined with our superior packing case recycling program (look close at all of our work benches sometime) spoke volumes before my husband ever opened his mouth. All that said, we were still assessed a 40-hour test flight time because of the non-certified fuel-injection system we chose to use on the engine. The good news was that after 5 hours of flying near the airport, we are released to a 100-n.m. test flight area. 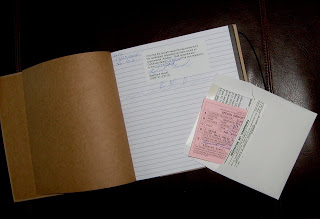 Howell rolled out around noon that day, and we were left holding the paperwork we needed to go fly. It was warm out. The wind was puffing, swirling the palm fronds and pushing some sunny day cumulus across the sky. There were airplanes in the pattern coming back from their Saturday morning pancake jaunts. We pulled the hangar doors shut.

Sure, we had the paperwork, but it wasn’t the perfect moment to take that first flight. It was coming, though, that was for sure.

Kitplanes - May 20, 2022
2
Unlock the mysteries of the aircraft-engine leakdown test, otherwise known as the differential compression...