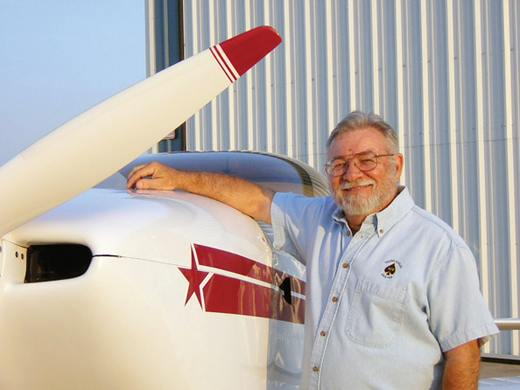 Question: How do I get a repairman certificate for my E/AB aircraft? What is involved?

Answer: Getting the repairman certificate for your amateur-built aircraft is actually very simple. You will first need to fill out the application, FAA form 8610-2. If you download this from on-line, make sure you do it double sided.

Check the “Repairman” box in the upper left corner and enter “Experimental Aircraft Builder” in the “rating” box.

Fill out section I. Notice that this form is different from most Federal forms in that it asks for first name first.

In Section III under “Type Work Performed,” enter the make, model, and serial number as shown on the registration and airworthiness certificate, and the date of certification.

Make an appointment with an airworthiness inspector at your local FSDO. Take the following documents with you and be prepared for a short interview: FAA form 8610-2 (application), a signed and notarized FAA form 8130-12 (eligibility statement), a copy of your airworthiness certificate, your aircraft logbook showing the airworthiness sign-off, and an inspection checklist showing how you will perform the condition inspection on your aircraft.

The FAA inspector will ask you a few questions to determine that you are qualified, and that’s pretty much it.

Now, this is the normal procedure. Since the year 2000, I have been issuing my clients a “letter of recommendation” stating that they have satisfactorily shown evidence of their qualifications. This seems to give the FSDO a good feeling, and they typically issue the certificate with very little questioning.

I have known of some FSDOs that will mail the certificate without the personal interview, but that is up to them.

Question: I purchased an Experimental Mustang II from an individual in El Paso, Texas. The airplane had been heavily damaged in a windstorm, so I removed the wings and trailered it to my shop in South Carolina to make repairs. After I got to thinking about it, I realized I never received the original airworthiness certificate from the previous owner. I contacted the FAA for a replacement, but they told me that I must first get the airplane ready to fly, and then it needs to have a condition inspection. I have registered the aircraft in my name, and the FAA has told me verbally that it won’t take long to get an airworthiness certificate after the plane has passed an inspection. What are your thoughts? Do you think I will have a problem getting the airplane back in the air?

Answer: It sounds to me as if the FAA has told you that a new airworthiness certificate will not be a problem, and I agree. Most likely the reason that they aren’t issuing a replacement certificate is due to the history of the aircraft being significantly damaged and repaired. If this aircraft were referred to me, I would suggest a recurrent airworthiness inspection. Not only would this give you the most up-to-date operating limitations to include your current location for phase I operations, it would also give you the peace of mind of another thorough inspection. I’m sure this is what your local FAA has in mind.