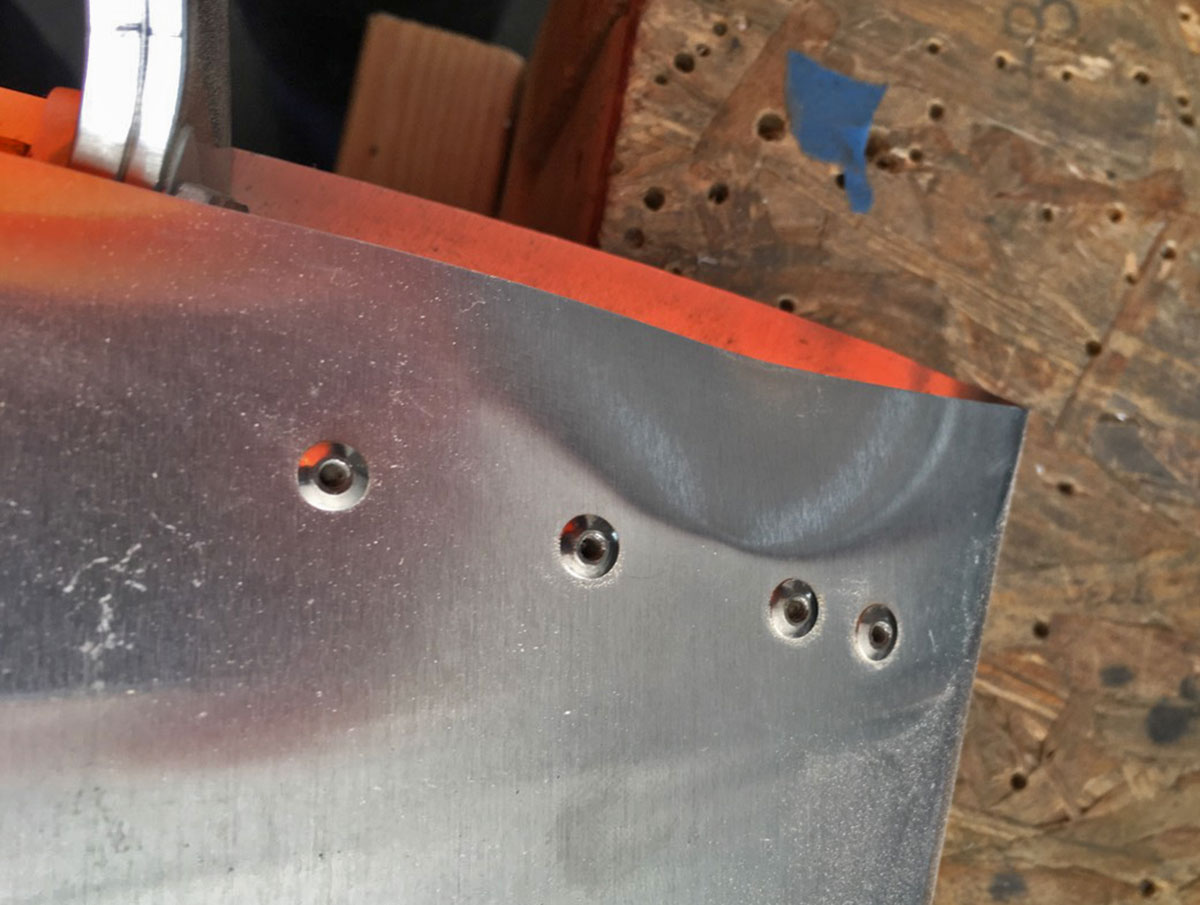 The picture sort of speaks for itself, doesn’t it? A long-ago completed stabilizer for our Xenos motor glider project, carefully stored in the hangar was recently abused by some workers we had bumbling around unsupervised. The good news is that this dent isn’t a concern structurally. The bad news is that I don’t think it is going be covered by fiberglass fairing like it would be on an RV. Such are the problems of long-term airplane building – completed assemblies can sit for a long time before being used in the final airplane, and the chances of damage due to storage accidents, corrosion, or the simple effects of entropy can take their toll.

One of the things to avoid is the immediate feeling that it needs to be fixed right away. Sure, the first thing I wanted to do when I saw it was to pull out some tools, research good ways to remove dents, and FIX IT. I hate the thought of it being out there like that. But you know what, we’ve got this massive stack of wing ribs we are working on (slowly) on the work bench, in preparation for building wing skeletons. Those skeletons will then need to be skinned. Then we need to do all sort of other tasks before this stabilizer will ever need to be mated to the fuselage. Between now and that time, I might even spend some time apprenticing as a body shop repairman… who knows? Rather than charging in to make a fix I might not be happy with, I think I’ll just wait until I have to do something – and then my skill set might include just how to take out a dent that is right next to a rib flange.And in the end, this isn’t that big of a deal.

Patience and contemplation are essential if you’re going to build and airplane!