Making good decisions is not always easy, especially when you are flying in adverse conditions, bumping along in an airplane where things aren’t going exactly the way you planned. The problems might be caused by systems failures, bad weather, navigational errors…any number of things can distract us to the point of consternation. It’s sometimes said that as soon as we leave the ground, our IQ drops 30 points—and for many, that is more than they can afford! Because of this, we spend a great deal of time learning the rules of aviation as part of our training. These rules come in many forms, from FARs to generally understood “rules of thumb,” and they are enforced to various standards, from legal proceedings to the ultimate penalty—a fatal accident. 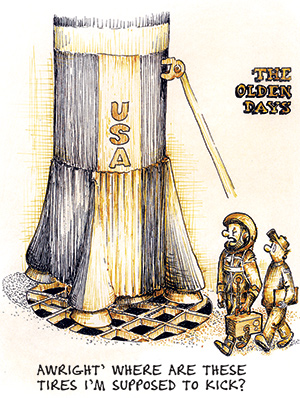 The FARs govern a great deal of what we do in aviation, and frequently, we chafe and complain about certain rules and regulations. Military and commercial aviators live with a much thicker rule book, one stuffed full of standard operating procedures and checklists that must be obeyed every day, and on every flight. Variations are not accepted, and transgressions are punished. While some of the rules by which we all fly might seem arbitrary (we pass oncoming traffic by bearing to the right, etc.), others make sense if you think about them briefly (landing traffic has the right of way over departing traffic, because the departing traffic isn’t in any danger as long they are sitting on the ground). These rules are applied by external entities, and, in general, they make sure that we don’t put other people at risk.

The rules that govern Experimental aviation are, when you think about it, surprisingly lax. Those who enter our world from more regimented aviation environments (military and airline flying, for instance) are sometimes shocked that we are allowed to do what we do, both in building and operations. I have known many top-notch military aviators who find it hard to believe that we can simply take off and fly around without talking to anyone or completing a great deal of preflight paperwork and filing a flight plan. The rules governing the licensing and inspection of Experimental aircraft seem just as relaxed to many—and in fact, they are! When you consider that the average homebuilt is very similar to the average general aviation aircraft, yet builders (or even non-builder/owners) can do literally all maintenance activities on their own (whereas the certified aircraft requires a licensed mechanic), it really opens your eyes about just how liberal the FAA can be.

All of the above-mentioned rules are imposed on us by external forces. They are important and must be followed if we are going to continue to exercise our rights to aviate. But that’s not what I really want to talk about. What I want to discuss are rules that we impose upon ourselves—the rules that help us to continue to exercise our right to keep breathing while we aviate, the ones that we create and enforce ourselves because they make sense.

An Era of No Rules

During the early days of the manned space program, there were no “rules” per se. Putting people in the nose cone of a rocket and blasting them off the planet was an entirely new and novel idea, with little precedence in engineering legend or fact. The people involved in this somewhat risky and untried world knew that they were going to have to create everything from scratch, including the rules governing this dangerous activity. While the rockets and spacecraft were developed using fairly standard techniques of construction and assembly from the aviation world, the techniques used to operate these unique craft had to be developed essentially from scratch.

The operations engineers and pilots preparing to fly these spacecraft had backgrounds in Experimental aviation and knew the value of training and rehearsing for the operations to come. They did their best to develop training methods for the operations they believed they would encounter during increasingly long flights off the planet. Training teams developed scripts testing the capabilities of the pilots and flight controllers to deal with what they called “off-nominal scenarios.” When they began these exercises, they had few rules by which to operate; they had to make them up as they went. While basic tenets applied (“Always have at least one method to bring the men home; when you are down to a single method, with no further redundancy, then you bring them home NOW”), they had to create rules based on the lessons they learned in training sessions.

In essence, they tried stuff and then documented the results. If the spacecraft developed a leak during the launch, they had the opportunity to fire the escape rocket and abort the mission, plopping the men back in to the ocean, but with a breathable atmosphere. If they didn’t abort, and the leak was bad enough, they would strand them in orbit without enough atmosphere to survive until they could get them home. The abort had its own dangers, so you didn’t want to take that course unless you had no choice—so they tried different-sized leaks in training and saw how the scenarios turned out. Sometimes, the simulators said that the men lived, and sometimes they said that it was a “bad day.” From these experiences, the teams wrote their rules: “For a leak at a rate equivalent to that through a quarter-inch hole that occurs during the first 2 minutes of ascent, you will declare an abort. After the 2 minutes, you will continue to orbit. If the leak is less than eighth-inch equivalent, you can stay on orbit for up to a day.” This and hundreds of other rules (lessons learned, really) were written down and put in a book: The Book of Flight Rules. It was then followed and expanded as the years went by. Unlike the violation of an FAR, which can lead to enforcement action, a violation of a flight rule from this book can lead to a much more tragic end.

So how does this apply to what we do with our Experimental homebuilt airplanes? Well, we are not so different from those early rocket scientists. We have new aircraft that are different in many ways from the certified airplane world. While we need to follow the FARs, the choice of how to operate our aircraft is left largely up to us, and it pays to think about the rules we will follow before the time that we will need them. It pays to not only build our own rules, but to follow them—or the exercise is wasted.

For instance, my RV-8 is well equipped for IFR flying, with dual- and triple-redundant EFIS, GPS and power systems. My Operations Limitations (as issued by my DAR) allow instrument flight when I am properly equipped per the FARs, and once I am done with my Phase I testing. Theoretically, that meant that as soon as I was out of Phase I, I could file and fly IFR. But I knew that my systems were complex and integrated in a fashion new to both me and to the aviation world. These were Experimental avionics that needed testing and checkout in benign conditions. So I set a rule that I would not fly IFR until I had a certain number of hours of experience in simulated conditions, with a safety pilot, to both check out and write procedures for the complex systems. Furthermore, once I was satisfied that both the systems worked and I knew how to use them, I raised my IFR minimums considerably for another specified number of hours (and other experience criteria) to make sure that I left myself some “outs” in case things didn’t work the way I expected.

Once I had set these rules, I took the next step: I wrote them down. Writing your rules down is important because it tends to focus you on what they really mean, and in a way, it forces you to acknowledge and follow them. If the rules are unwritten, they don’t really exist. 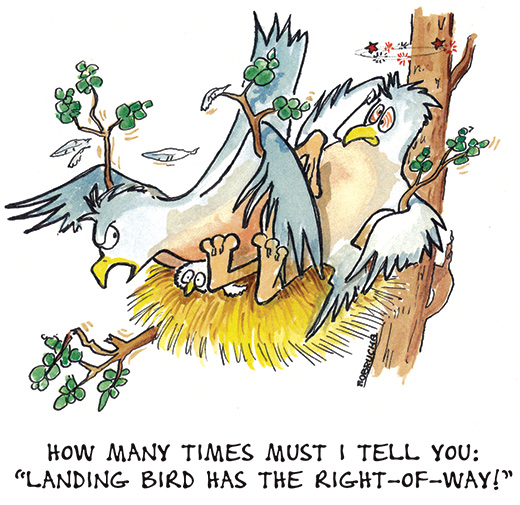 Sharing your rules with others is another way of helping you to follow them: Peer pressure is a force not to be underestimated, and most pilots want to be known as people who obey “the book”—even if they wrote it. Following the rules that we set for ourselves requires self-discipline, and—like having a buddy to help us do our daily exercise routine (and not skip it for a trip to the donut shop)—it keeps us on the straight and narrow.

The rules under which we fly are set by others, based on the experience of many generations of pilots. Those that reduce the risk we pose to other people are required for civilized aviation to work; they generally don’t address the risk we accept for ourselves. That risk is addressed by the rules we create and apply on our own. Developing, documenting and following a good set of personal operational rules sets us on a higher level of safety and is the mark of professionalism in the aviation world. You don’t have to be paid to qualify as a professional—professionalism is a matter of attitude. Some of the most professional pilots I have ever known have never earned a dime in the cockpit, but they lived long and interesting lives, passing on their own personal rules to keep the next generation alive as well.