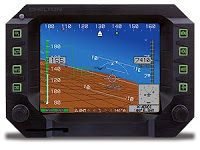 Cobham’s Avionics and Surveillance Division announced today that it was going to merge operations of its two subsidiaries, Chelton Flight Systems and S-TEC, at the latter’s Mineral Wells, Texas, facility. According to a press release just received, “The capabilites of CFS and S-TEC are highly complementary, with products from both businesses certified together on more than 500 aircraft types. The move is part of Cobham’s drive to develop a fully integrated cockpit and improve its customer focus.” Chelton owner Cobham had acquired S-TEC from Meggitt at the beginning of the year. The merged operations will take up residence in the 57,000-square-foot facility currently used by S-TEC.

It’s not clear what impact this will have on the Experimental market long term. Chelton, once a frontrunner in high-end EFIS equipment for homebuilts has lost ground to the up-and-coming middle-market EFIS manufacturers (Advanced Flight, Dynon and Grand Rapids, for example) and is being threatened by Garmin’s G900X Experimental-class system. Chelton also lost momentum after the controversial closure of Direct-To Avionics, once the sole conduit for systems to the Experimental market.

Bob Hadley - March 21, 2020
2
Most milling machines have the capability to tilt the head to make angled cuts....