One thing airplanes, bridges, and cranes all share is that they have to deal with applied loads. Applied loads are loads introduced to the structure from outside, perhaps from occupants or from equipment. The loads might be air loads, the loads on a control stick from the pilot, landing loads, or whatever else the structure will have to deal with. This article will address external loads acting upon structures, and how to calculate the structural load distributions from them. We’ll look at some fundamental relationships in this article, and in a later part 2, we’ll look at the loads on a strut-braced spar. I won’t be discussing how to find the actual aerodynamic loads themselves, merely what to do with them once you know them.

To start with, let’s look at a single point load. Figure 1 shows a beam with a single point load at the right end, in the top sketch. The left end is fixed, which means that it can neither rotate nor translate. The point load is some sort of applied load, however many pounds force it might happen to be. 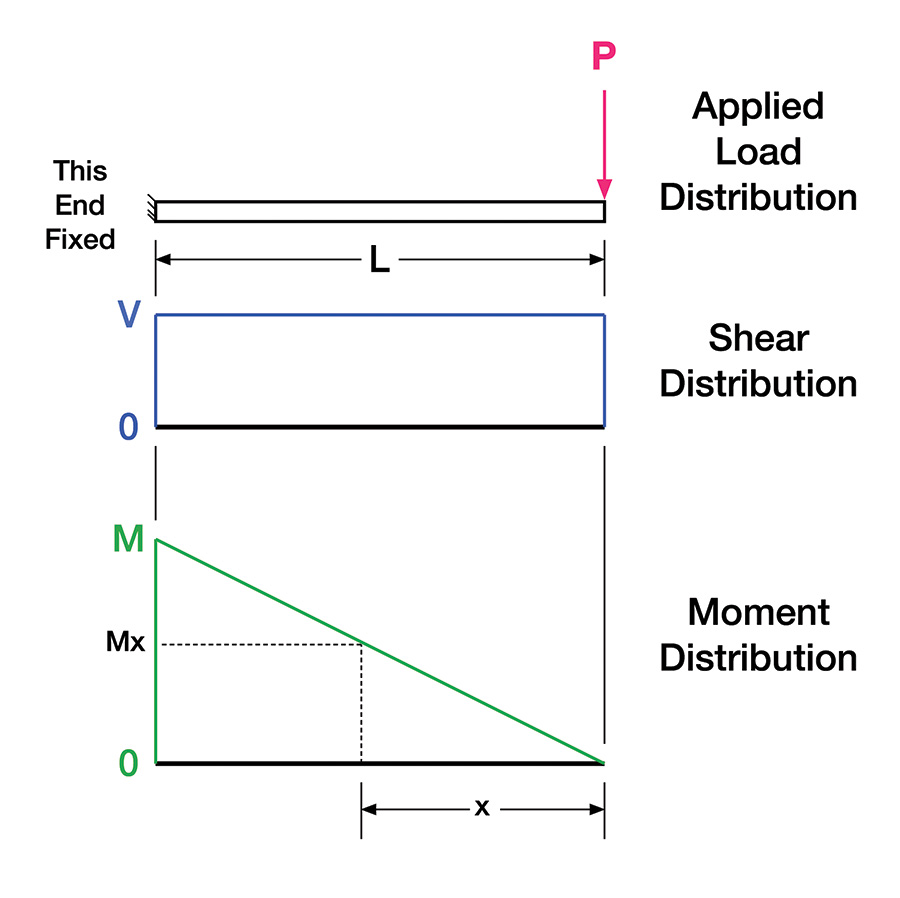 Figure 1: Shear and moment distribution for a point load.

This causes a shear distribution—shown in the middle sketch in blue—that’s constant across the length of the beam. It’s constant because nothing is adding to it or subtracting from it. It ends at the left end because a fixed end absorbs any shear force present.

The moment distribution is shown in green in the bottom sketch. It varies linearly across the beam. The moment symbol is “M.” To find the moment at any point along the beam, measure from that point to the load.

Where
Mx is the moment at any point, inch-pounds force,
V is the constant shear force, pounds,
x is any distance on the beam between the load and the fixed end, inches, measured from the load.

There’s another load that we should discuss now: suppose you have an applied moment load, a load that only has a moment, like the one shown in Figure 2. It has zero shear associated with it at this point, as the middle sketch reflects, and the moment is constant anywhere until it can be reacted. That is, if you have a moment load way over here, it doesn’t change until something reacts it. The structure under it still needs to carry it even if over a considerable distance, such as might occur if you add a winglet to a wingtip. It adds to any other moments that might be present. Pay attention to the signs. 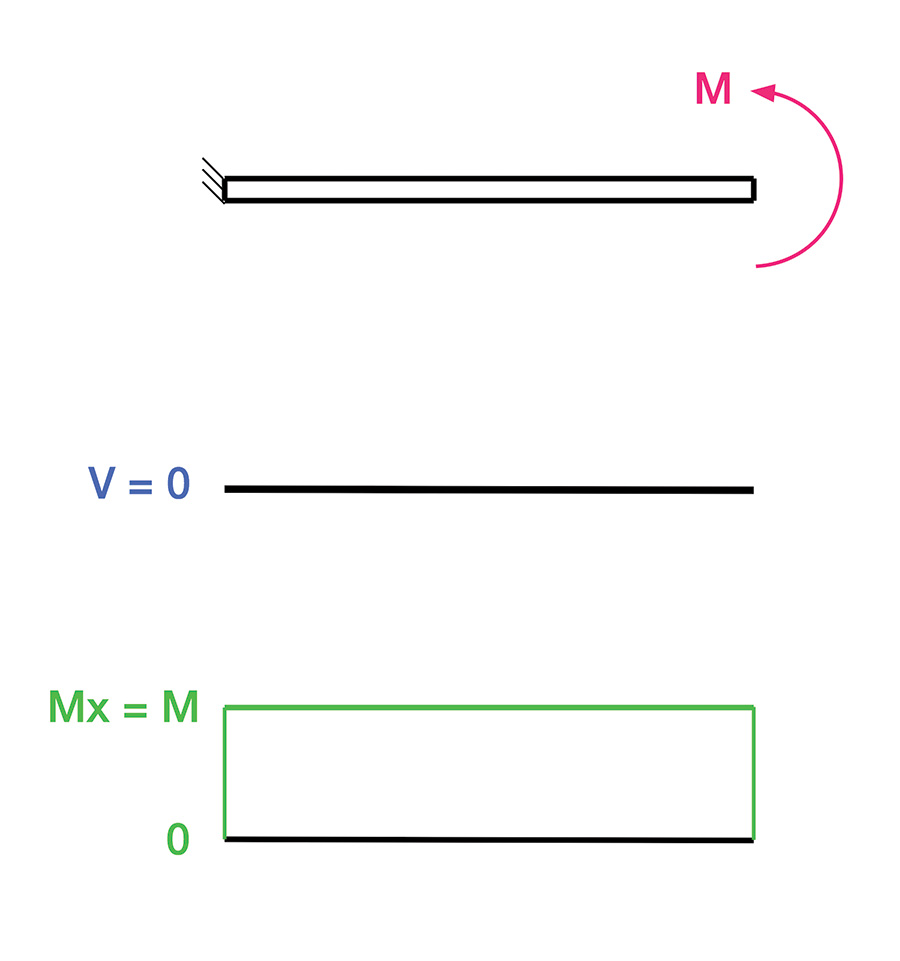 Figure 2: Shear and moment distribution for a pure moment load.

Now we’ll look at a uniform distributed load. Figure 3 shows that in the top sketch. A constant load doesn’t vary across its length, and every increment of added length adds more load. We usually use the lower-case “w” to identify a constant load. It has units of pounds force per inch. Uniform loads are also called constant loads or sometimes running loads. 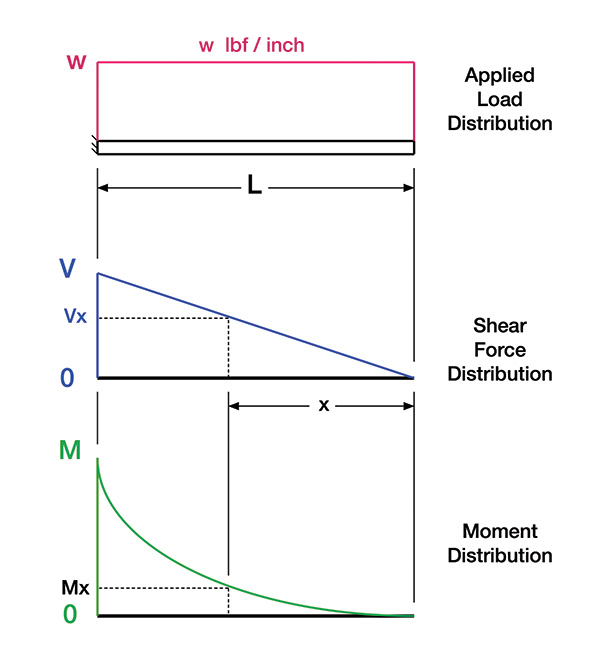 Figure 3: Shear and moment load distributions for a uniform load.

This is a more formal approach, which shows how the shear distribution determines the moment distribution. It’s not the common approach. Typically this next equation is used to go directly from the constant load to the moment:

Where
Mx is the moment at any point x along the beam, inch pounds force,
w is the constant applied load, pounds force/inch,
x is any distance on the beam, inches, measured from the right end.
Another common load distribution is a triangular load. This is shown in Figure 4. 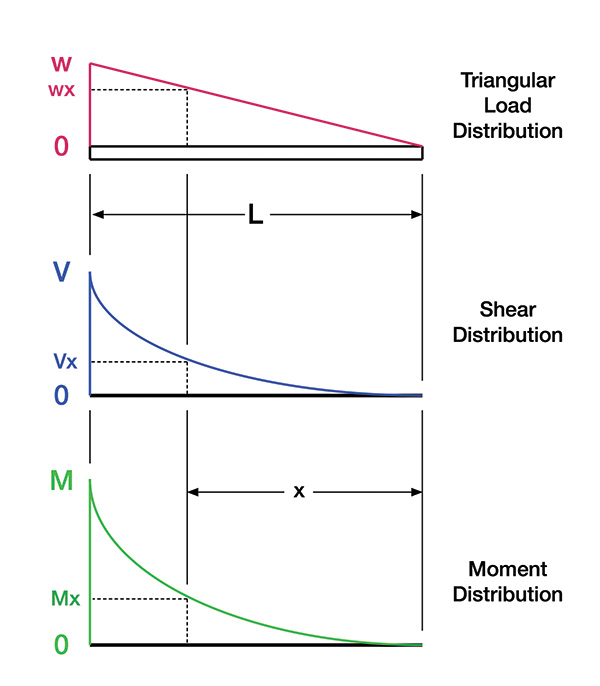 This distributed load is usually identified by the maximum value, but not necessarily. In any case, though, it starts at one value, shown in the top sketch as zero, and increases steadily and linearly to a second value, shown as “w.” The load at any point is pounds force per inch.

The value of the load at any point is based on its distance from the right end, which I’m calling “x.”

The shear load distribution, using the same symbols, is

And the moment distribution is

In all of these load cases, I’m arbitrarily starting the loads on the right end and fixing the beam at the left. The equations are based on that. If your structure is oriented differently, remember to start the distances that you use at the load and work towards the fixed end. 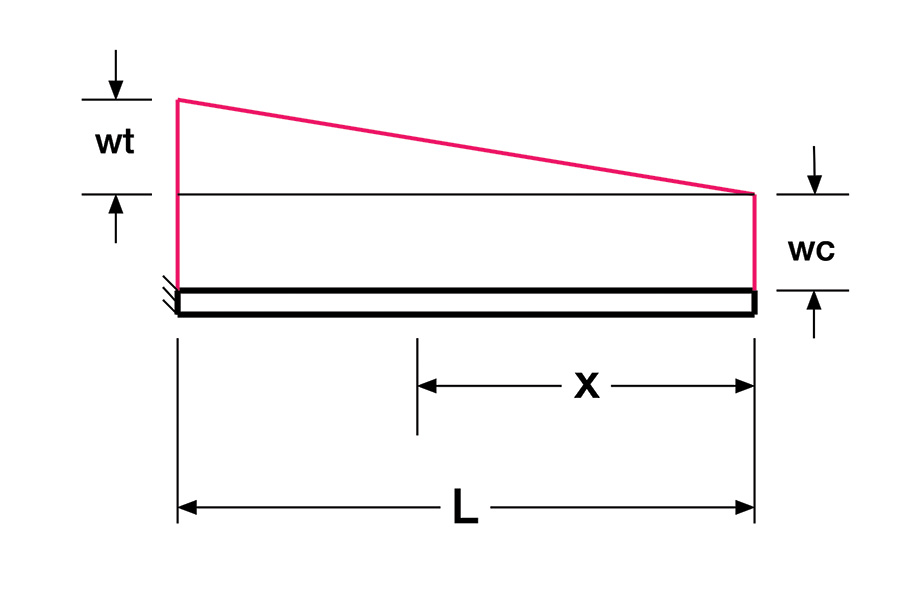 Figure 5: This combined load has a portion that’s constant across the length and an additional triangular load distribution.

using the symbols from Figure 5.

These equations show the components of shear from the different load cases are added to each other, as are the moments.

All of these load cases result in knowing the shear and moment loads at any location along the length of the structure.

Suppose you have a load that isn’t a point load, it’s not constant, and it’s not even a triangular load distribution? We’ll break it up into segments and consider them one by one. In Figure 6, we see a load on a beam that is suitable for this. 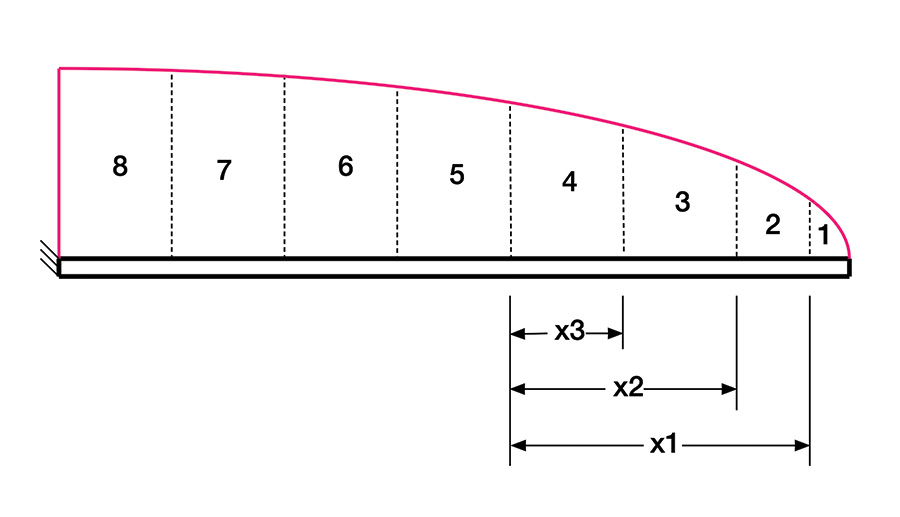 Figure 6: This sort of loading is common on aircraft. Divide the length into manageable units for solving.

We’ll divide the load up into manageable units that we can solve as if they individually had a combined constant load with an additional triangular load. We’ll have to approximate a triangular load that represents the curved part of the line. Obviously, the more small pieces we have to work with, the more accurate the result is. While that would be tedious to do it by hand, a spreadsheet makes it much easier.

For example, in Figure 6, let’s assume that we want to look at the loads at the left edge of section 4. After calculating the shear and moment for sections 1 through 4 as we did when we were looking at the combined constant and triangular loads in Figure 6, we’d use the results from that analysis like this:

The shear load at the left edge of section 4 is

This overall approach of breaking a nonlinear function into small parts is known as piecewise linear analysis, and a spreadsheet makes it easy to track it.

Usually the structure and associated equipment have some weight. If the applied load is an acceleration such as the 6 G’s that my RV-3B is rated for—or will be once it’s complete—the acceleration times the weight of the structure and equipment can be used to offset a bit of the applied load. Think of it as another simultaneous load, acting in the opposite direction to the acceleration. It’s called inertia relief, and if you account for it, you can save a bit of weight.

To do this you’ll have to keep track of the signs of your loads. The standard way to do this is to call bending moments positive when the upper edge of a beam is in compression. Using this convention, a 6 G positive (that is, upward) aerodynamic load would generate positive moments for a cantilever spar because the upper fiber of the spar is in compression for that load. The inertia relief load due to the weight of the wing and any fuel or equipment in it would be negative. It doesn’t matter if you combine the loads and work from the resulting load case, or if you find the shears and moments separately and add (or subtract) them together. That’s up to you.