“If this engine is so great, why can’t I buy one?” mimicked engine entrepreneur Pat Wilks. “You just can’t believe how many times I’ve answered that question.” Wilks has devoted a good portion of her adult life to bringing this engine design to market, only to be thwarted when success seemed to be just within her grasp. Wilks and her brother Dennis Palmer have long been devotees of the axial engine design commonly referred to as the Dyna-Cam, and even after several decades of effort and personal investment, their passion for the project still runs deep. 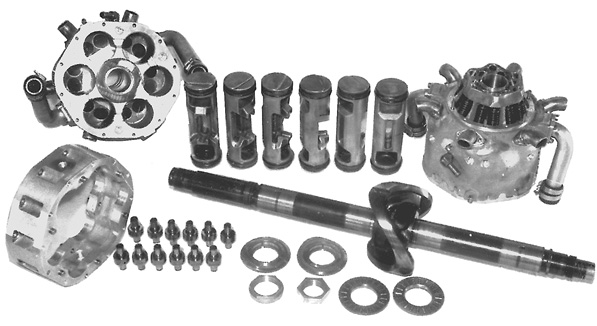 A closer look at the main engine components. Twelve cylinders and six double-ended pistons turn the center shaft via roller bearings, with substantial thrust bearings on both sides of the center cam.

You might think that 25 years would be long enough for any mere mortal to devote to such a project before throwing in the towel. But Wilks and Palmer have achieved many developmental milestones along the way, including maintaining the actual FAA certification of the engine for use in helicopters achieved in 1957. They also completed a successful installation and subsequent test flights in a Piper Arrow.

So, why isn’t this engine powering airplanes?

Nothing New Under the Sun

Also known as a swashplate, wobbleplate, cam or barrel engine, similar designs have seen service in airplanes since 1911. They’re all called axial engines for good reason-the pistons are parallel to and surround the center output shaft, which is driven directly from the pistons firing in a sequential rotation, usually transmitting combustion stroke power via a tilting plate or sinusoidal cam. Intake and exhaust valve functions are as varied as the many versions of axial engines, from traditional rocker operated “poppet” and sleeve valves to simple intake and exhaust ports. Several of these versions were rotary in nature, where the cylinder barrel rotated around a fixed center shaft, like the Gnome rotary engine that powered WW-I fighter aircraft. 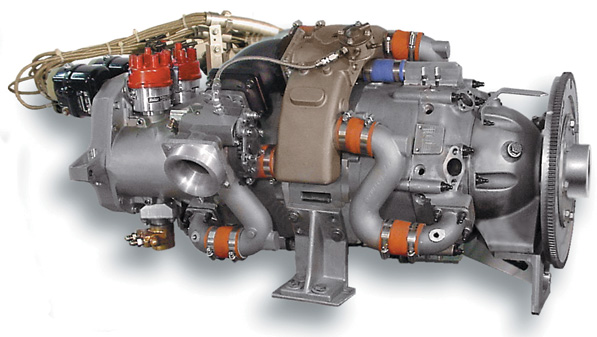 The aircraft version circa 2001, showing most of the major accessories installed except for the exhaust system, spark plugs and fuel-injector lines. It was FAA certified in 1957 with only one spark plug per cylinder.

All of these early engine designs shared several attractive features: They all had a reduced frontal area, a low total parts count resulting in a higher power-to-weight ratio, and they all developed a relatively higher amount of torque at lower rpm than traditional piston engines. Their elongated, cylindrical exterior shapes made them perfect for applications where this particular form factor was ideal, such as powering torpedoes, and they even racked up an intermittent but proven role as aircraft powerplants.

Several features of the engine design are hard for airplane builders to forget. Besides a form factor that lends itself to a low-drag cowling, the latest iteration of the Dyna-Cam design produced 650 foot-pounds of torque at 200 horsepower, turning at 2000 rpm. Six double-ended pistons in 12 combustion chambers, all firing parallel to the center shaft, guaranteed that the engine would have low vibration and greatly reduced power-pulse transmission compared to traditional piston engines. Several propeller designers looked forward to the prospect of having a high-torque engine that would allow them to design more efficient props. 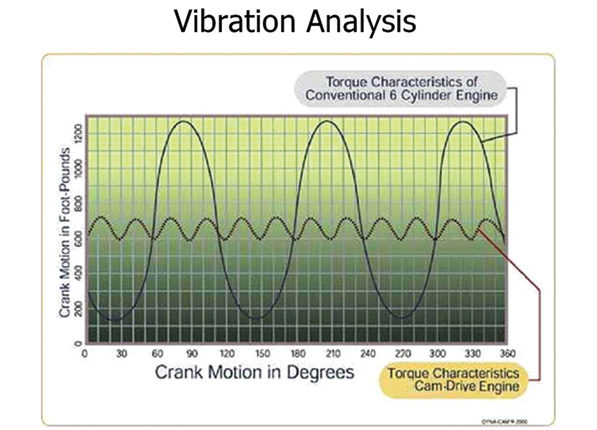 Having 12 small cylinders instead of four large ones means three times the power pulses closer together, resulting in much lower total vibration, and less stress on the engine installation and prop.

The number of engine components was greatly reduced, as was the weight, typically coming in at right around 300 pounds with accessories. Dimensionally, including both intake and exhaust manifolds, this 200-hp aero engine had a diameter of only 16 inches and a length of 40 inches. It used a pair of garden-variety Bendix magnetos and a Bendix fuel-injection system, and many other minor components were stock aviation parts. The double-ended pistons driving the sinusoidal cam attached to the center shaft were atypical, but their elegant simplicity suggested increased longevity and low overhaul costs. 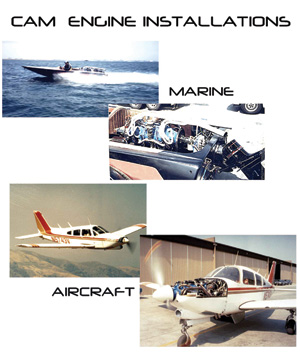 This marketing page shows some of the planned uses for the engine, including marine. One of the prototypes powered this 20-foot boat over four years. Another version racked up 700 hours in the Piper Arrow test bed.

It was in 1916, just a stone’s throw from the dawn of powered flight, when two brothers named Blazer developed what would become the Dyna-Cam. They sold the rights to Studebaker’s head of engineering, Karl Herrmann, who improved the roller bearing operation and then patented the design in the late 1950s. During WW-II, Herrmann had been a civilian employee of the U.S. Navy, and a smaller version of his design that was only 6 inches in diameter ended up powering the Mark 46 torpedo.

In 1961, Herrmann was 80, and sold the rights to his engine to Edward Palmer, who created manufacturing and marketing plans for the design into the 1980s. His son Dennis and daughter Pat joined the effort and founded the Dyna-Cam Engine Corporation. After installation in the Piper Arrow test bed, the engine logged 700 flight-hours between 1987 and 1991. Another of their engines ran for nearly 4000 hours before requiring an overhaul. New patents were acquired between 1985 and 2000, and the commercial success of this design seemed almost assured-assuming that the right financial backing could be secured to propel the Dyna-Cam into full-scale commercial production. 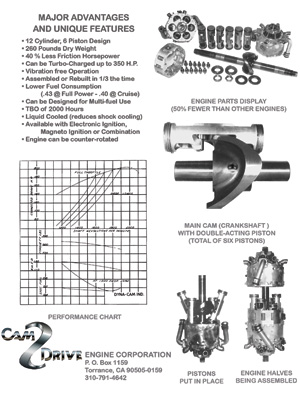 The company brochure from the early 1990s shows just how unconventional the design is when compared to a traditional piston aircraft engine. Features include low parts count, lighter weight, smaller size and high torque.

Cloudy with Chance of Rain

The plan was to go public in 2001, and with the help of a consulting management team, the company’s initial public offering (IPO) awaited the approval of the Securities and Exchange Commission. The IPO was finally approved, but not until September 13, 2001. The attack on the World Trade Center two days earlier had changed the investment landscape instantly. “9/11 changed everything,” Wilks said. “Investors just dried up. And there was growing sentiment in the investment community not to invest in industrial technology based on old designs.”

“We were ready to throw in the towel,” Wilks said, “but we found some new investors in 2003.” Engines, components and manufacturing equipment were shipped to the new company’s headquarters in New York. Some of it was lost or destroyed in the process, however, and the new management seemed unconcerned, according to Wilks. The new relationship began to slowly but steadily drift off course. A lawsuit ensued.

After the dust settled, where did that leave the engine design? The investors ended up with only the web site and the Dyna-Cam name, Wilks said.

Not surprisingly, there is still interest in the engine within the aviation community. A bit of time on YouTube with a search of “dynacam” serves up the original 12-minute marketing video. Although somewhat dated, it underscores the design’s promise. 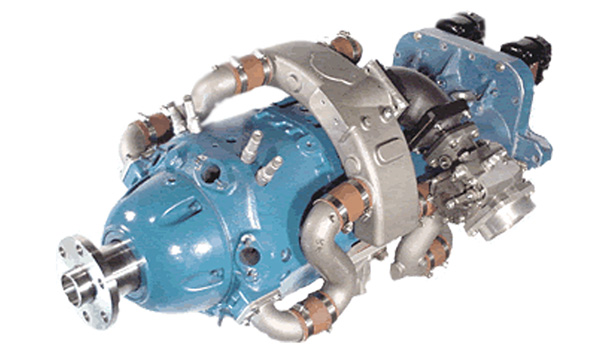 Wilks and Palmer have a good deal of the original assets needed to put the engine back into production, but it would take a bona fide investor who was willing to see the project through. Until the working capital can be secured, it appears this engine design will remain just out of reach.