Here you thought the existing Phase I flight-test rules were set in stone. Maybe not so much. The EAA, saying a proposed set of changes in guidance, could “revolutionize” flight testing for Experimental/Amateur-Built aircraft, recently called attention to recent draft changes to Advisory Circular 90-89B, which forms the guidance on Phase I flight testing. In it, the FAA has adopted EAA’s recommendations that the pure hours-based approach (40 for aircraft with Experimental engines and prop, 25 for those with a certified engine/prop combination and 5 hours for E-LSA) be supplemented by a task-based system, potentially shortening the length of the Phase I test period.

More specifically, the draft changes, if made final, would specify certain test points and will require “the use of test cards for data collection in flight,” says EAA. “Users of the EAA Flight Test Manual should find it a straightforward way to complete the requirements of the task-based Phase I program, but anyone may draft a flight test plan that meets the FAA’s outline, including kit manufacturers and other experts.” The hour-based testing systems are expected to remain an option. EAA in 2018 published a comprehensive Flight Test Manual that defines specific flight test tasks and uses “flight cards” to ensure each test is set up and executed properly.

“[The AC changes are] the result of more than eight years of work by EAA and the FAA and we couldn’t be happier that it is now nearing completion,” said Tom Charpentier, EAA government relations director. “This will be a true paradigm shift in E-AB flight testing.” The AC is open for comments now through April 29. The new guidance will not affect the five-hour Phase I testing required for experimental light sport (E-LSA) aircraft. 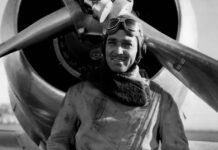 Vic Syracuse - November 25, 2021
0
In this case, the non-builder owner stated that the avionics, including his EFIS, would...