Home Magazine Builder Spotlight Get a Grip on It! 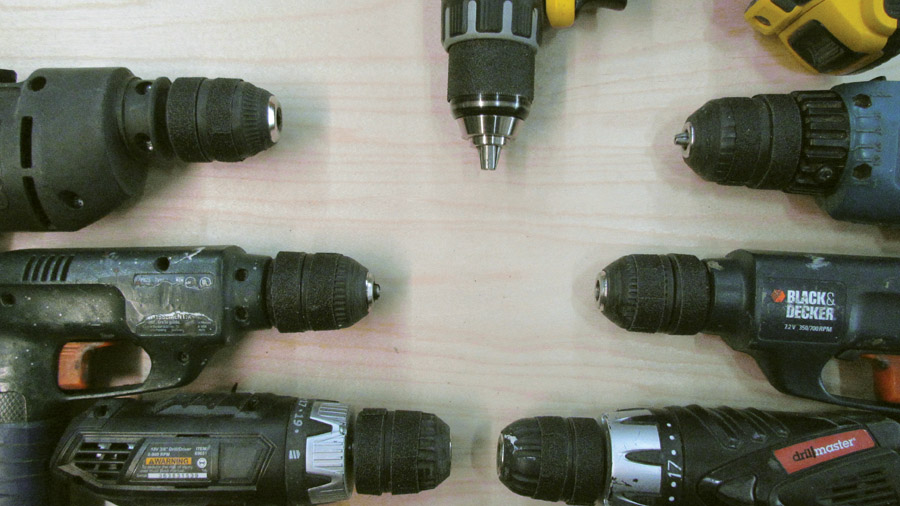 Often I have tightened one of my keyless drill chucks as tight as I could, only to have the drill bit catch and spin in the chuck. Without the handgrip strength of Charles Atlas, especially with cheap battery-powered models, you can’t get enough torque into the small two-piece chucks. I have even resorted to using two pairs of Channellocks to do the job. 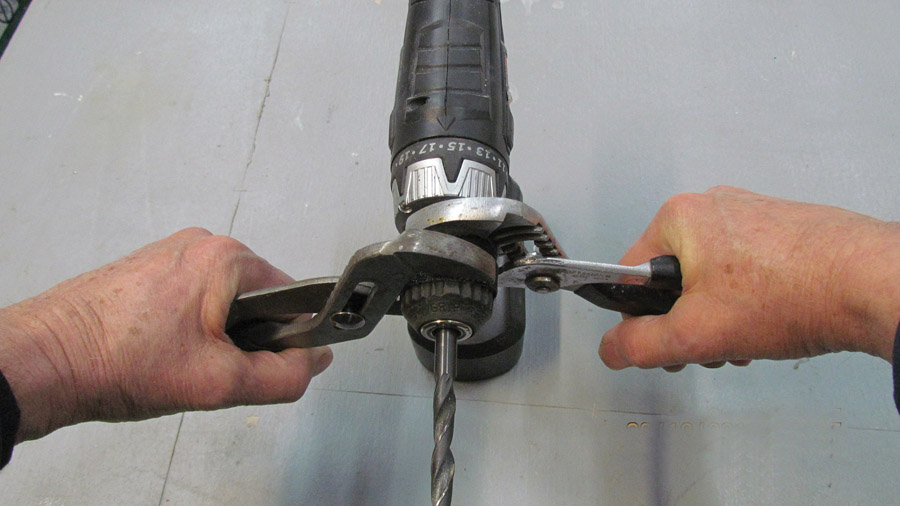 What one needs is a better gripping surface on the chuck pieces. 3M wing-walk tape strips applied to each chuck section will provide a surface that you will never slip your grip on. 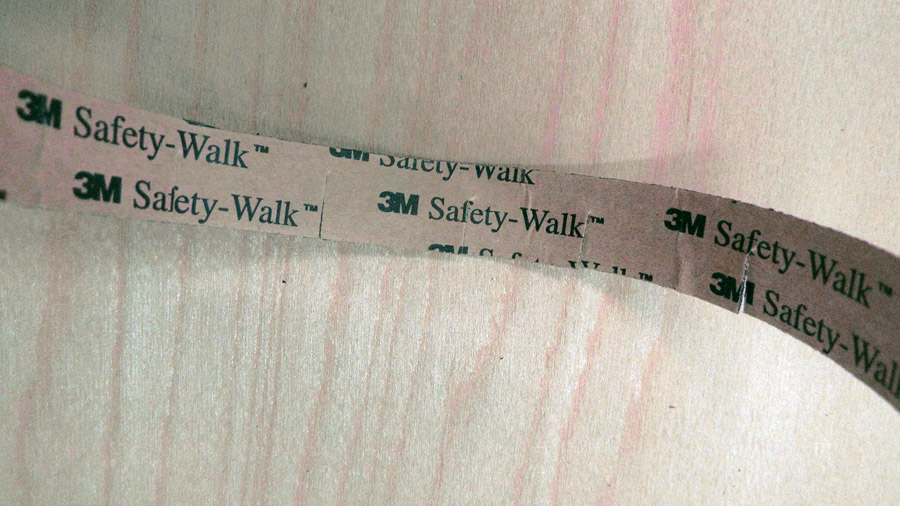 3M Safety-Walk tape, which is often used on wing walks.

I had a remnant roll of 1-inch wide 3M non-slip tape with adhesive backing in my miscellaneous tape box, and I cut strips inch longer than the circumference of each of my keyless chucks. For two-piece chucks the tape was cut longwise into two strips. The chuck surfaces should be cleaned with MEK or acetone to remove any oil or grease to ensure the best tape adhesive bond. 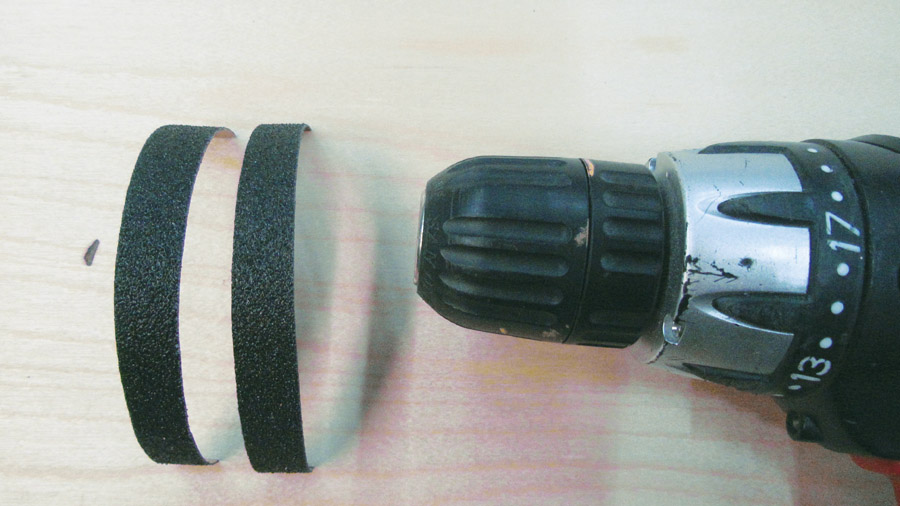 Grit tape strips ready to be attacheded to the chuck. Applying a couple drops of Super Glue greatly improves adhesion of the tape after it has been put on the chuck. 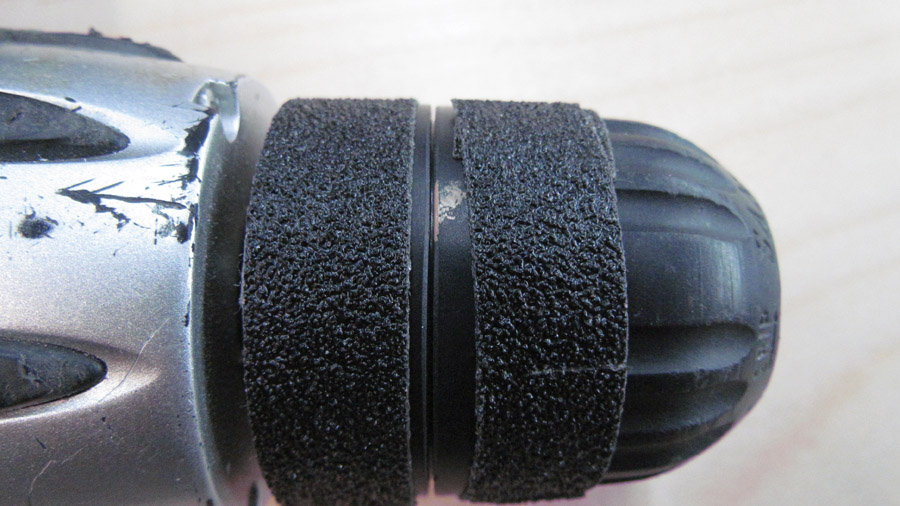 Strips in place on a two-piece chuck. 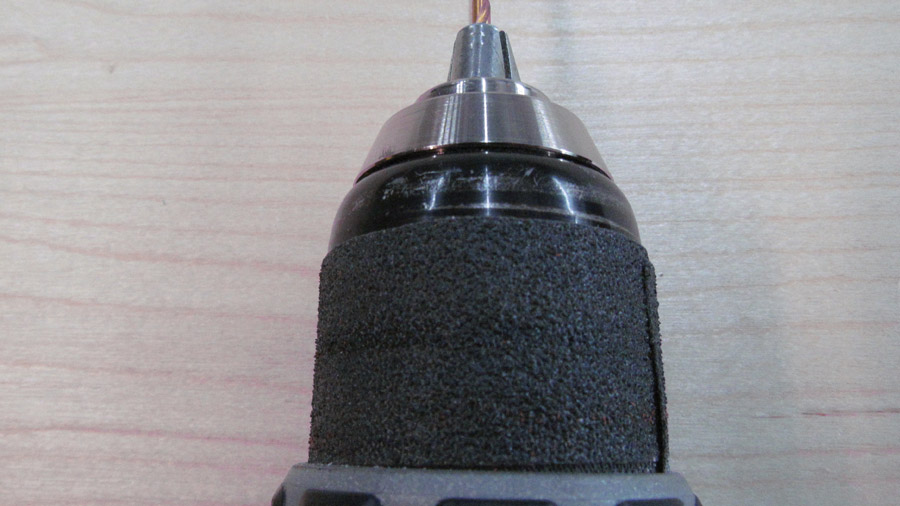 A single wide strip is used on one-piece chucks.

If needed, I can now tighten all my keyless chucks to the limit of my grip strength. Before applying the tape, I was limited by the low friction of the chuck surface.

Whenever you are using a drill fitted with wing-walk tape near a surface that you don’t want marred by the 3M tape’s grit surface, I recommend putting a few turns of masking tape over the grit. A section of bicycle inner tube can also be used. 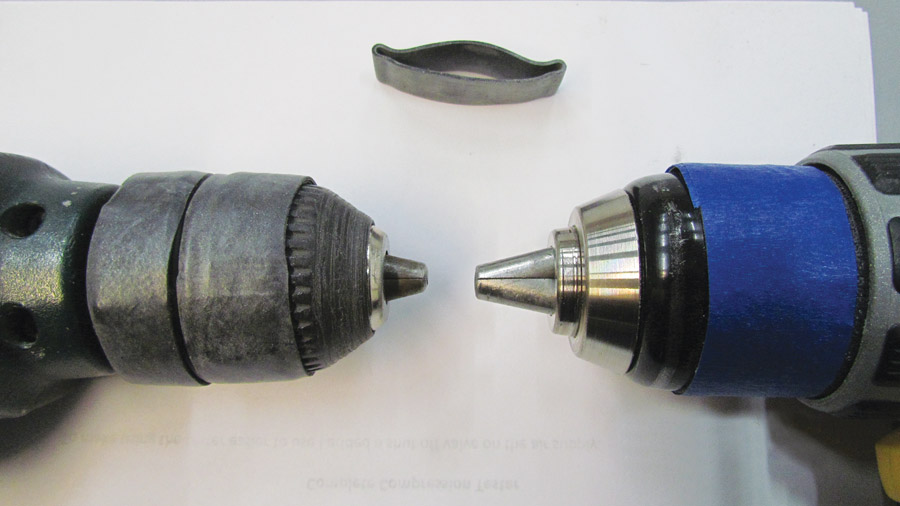