Up to now in our ongoing series about the design process, we have been considering the aspect of the mission. At this point, the designer has defined how much the airplane must carry, how far, high, and fast it will fly, and defined the airport environment it must operate from. At last, it’s time to start actually laying out the airplane itself.

Actual design of the airplane starts with a preliminary sketch that defines the overall configuration of the machine. The size and position of the major components of the airplane are defined, along with the positions of the major masses, both airplane components and useful load items. In general, we start with a simple inboard profile drawing like that shown in Figure 1. This is for a two-seat LSA concept I was asked to design some years ago. Unfortunately, it never progressed beyond the design stage.

Figure 1: In this inboard profile drawing, the size and position of the major components of the airplane are defined, along with the positions of the major masses, both airplane components and useful load items.

A top view like that in Figure 2 is also useful for determining the position of the aerodynamic center and CG limits. Note that the engine is not shown in Figure 2. At this point in the design, its position is inferred from Figure 1. The exact position of the engine will be determined during the weight and balance calculations to come.

The initial drawing can be relatively crude. Figures 1 and 2 were done in an early CAD program, but many early stage sketches are hand-drawn in pencil. I personally prefer hand-drawn sketches on quadrille-ruled paper because it’s easy to erase things to make changes to the sketch. What is important is that the sketch must be drawn to scale so that it can be used to make preliminary determinations of how things fit, and of the center of gravity of the airplane.

At this early stage of the design, we need to establish three things: size, bones, and balance. This trio is what guides the initial design process and is also the first thing I check when asked to evaluate a preliminary design concept. 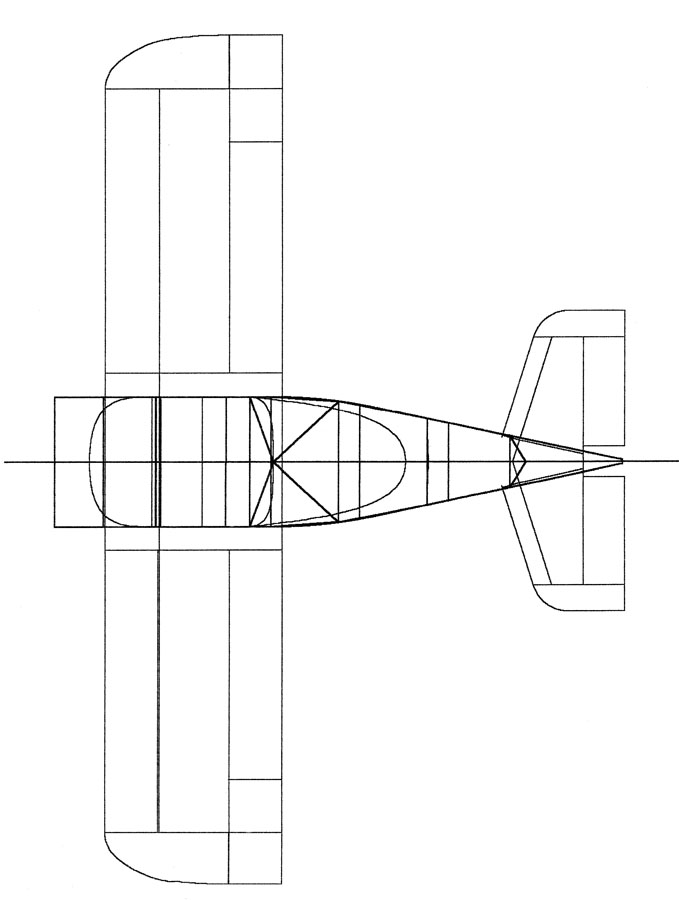 Figure 2: A top view is useful for determining the position of the aerodynamic center and CG limits. The engine isn’t shown because at this point in the design, its position is inferred from Figure 1. The exact position of the engine will be determined during the weight and balance calculations to come.

The first question that needs an answer is how big is it? In our preliminary layout, we start with the cabin and payload spaces. We need to provide sufficient volume to hold the crew and passengers with adequate head, hip, and shoulder room. There must be enough space for the pilot to manipulate the controls without the stick (or yoke) fouling on the pilot’s or passenger’s body parts. Likewise, for baggage or cargo, we need to provide adequate volume to hold it.

The next step is to define preliminary entry/exit and loading openings. These can be doors or movable canopies, but they must provide big enough openings to let people get in and out of the airplane, and to load and unload baggage and cargo. It’s important to define these early because each door is a hole in a load path, and the structure must be designed to carry load around the hole.

Next, we need to provide volume for systems. Control linkages, fuel lines, wiring, and avionics all need to be installed, and there must be room for the wires and linkages to live in and function. The same is true for any cabin ventilation system, which will require volume for air ducts.

Once the central core of the airplane is laid out, we can then add flying surfaces and an engine. At this point, we need to identify the location and size of the fuel tanks. Some airplanes carry their fuel in the wings, some carry it in the fuselage, and some use a combination of wing and fuselage tanks.

The engine position is then defined, which in turn defines the position of the propeller and the approximate shape of the cowling. Once we know where the propeller is, and how big it is, we can then make a preliminary estimate of the length of the landing gear.

As the design progresses, we will define the wing area, size of the tail surfaces, and engine power. These are significant undertakings in and of themselves, and will be described in detail in future editions of “Wind Tunnel.”

By “bones” I mean the major elements of the aircraft’s structure. This is probably the single most overlooked item in would-be designers’ initial concept sketches. It’s sadly common to see a pretty CGI image where the wing terminates on the side of the fuselage in a position where a carry-through structure would go through the pilot’s body, or to see impossibly thin spots in the structure around the cabin doors, etc.

If you look at Figures 1 and 2, you can see that the beginnings of a structure have already been drawn. The size and position of the wing spars are shown, as are the spars and attach points for the horizontal tail. In addition, enough of the fuselage structure has been roughed in to establish the fore-and-aft load path that will take the fuselage bending produced by the weight of the engine and the loads on the horizontal tail.

The relationship of the pilot’s seat to the wing spars is also visible. This is a particularly important item to get right early in the design. It’s very common to discover that to make the airplane balance, the pilot and crew want to be seated in exactly the same volume that is the ideal path for a wing carry-through structure. It’s critical to get this relationship sorted out early in the process so you don’t end up wanting to route the wing spar through the pilot’s kidneys.

One thing that is missing from Figures 1 and 2 is the landing gear attach points. (For this particular airplane, this is because it was intended to be a taildragger with the main gear plugging into sockets in the engine mount.) Getting a realistic landing gear position and load path defined early is very important. It is very common to get well along in the design with the landing gear shown as a “lollipop” sticking down from the airplane. This often leads to difficulties later on. The landing loads that must be reacted to at the attach point between landing gear legs and the rest of the airplane are very often the highest concentrated load on the entire airplane structure. For the gear to remain attached to the airplane, there must be a strong attach point and load path to react to the gear loads in a hard landing.

The balance of the airplane is critical to safety of flight. An otherwise-wonderful design that does not balance is not a viable airplane.

Once the initial layout is done, it’s time to make preliminary center of gravity (CG) calculations. Start with the empty CG and then calculate CG for a variety of loading conditions. We want to know very early in the process the most forward and most aft CG positions the airplane can be loaded to.

In particular, it’s worth calculating how the CG moves as fuel is burned during a flight. Remember that if burning any quantity of fuel will place the CG outside the acceptable limits, that fuel is not useable fuel—it’s flammable ballast. This was a problem for several early generation low-wing “fast glass” composite kit airplanes. These airplanes had a three-tank fuel system: left and right wing tanks, and a header tank in the fuselage ahead of the instrument panel and behind the firewall. Fuel was fed from the wing tanks into the header tank, from which it could gravity feed to the engine. The problem arose because the header tank was forward of the CG, so that the mass of the fuel in the header tank moved the CG forward. As header-tank fuel was burned off, the CG moved aft. In normal operations this was not an issue because the header tank was relatively small, and the fuel in the header was usually considered reserve and not burned. Unfortunately, it was discovered that with two large people aboard, this “reserve” fuel could not be burned without moving the CG behind the aft limit. This produced a dangerous situation, since the pilot would be faced with a critical fuel state and an airplane that had seriously degraded longitudinal stability. A far as I know, no serious accidents resulted, but there were certainly some flights that ended with altogether too high a pucker factor. Eventually, the problem was solved by enlarging the horizontal tail, which moved the aft CG limit back and improved stability at aft CG positions.

Some of the most important tasks for the designer in the early design stage are adjusting the positions of the disposable load elements, the position of the wing, the position of heavy fixed components of the airplane, and properly sizing the tail to minimize CG travel and make sure the airplane has adequate stability and control over its entire CG travel range. We will discuss this in more detail soon.

Kitplanes - May 6, 2015
0
Check Those Airboxes!Upon seeing the picture in Amy Laboda's airbox installation , we were...