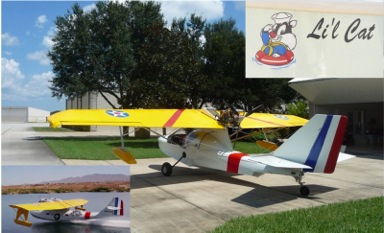 My new Searey LSX was completed in August 2015. It is painted to honor the Greatest Generation and styled like the PBY Catalina in Jim Slattery’s Greatest Generation Naval Museum. It’s powered by a Rotax 912ULS and equipped with a suite of Advanced Flight Systems avionics including ADS-B in and out.

The Searey has Friese ailerons which makes the ship incredibly responsive even at low speeds. The wing design with washout and vortex generators allows a 38 mph stall with flaps. The stall is very timid, more like a mush, and can actually be heard when the airstream breaks free of the wing at the root and goes through the prop.