What a ride we got reading Michael Robinson’s “Aeronautical Decision Making” [“Error Chain,” October 2015]. He had me on the edge of my sofa. I’m glad they survived, and that others can learn from the experience.

We appreciate all pilots like Michael who are willing to share their building or flying mistakes with our readers via the “Error Chain” feature. The only true mistake is not sharing things that will help others build or fly with less risk.—Ed.

I greatly enjoyed “How to Use Your Oxygen System” in the November 2015 issue. One thing not mentioned is where to refill bottles as needed. Do you have any insight on this?

Oxygen refills can usually be obtained at airports (the most expensive choice) that are listed in the Airport Guide—but if you’re looking for less costly alternatives, many pilots rent a large bottle to keep in their hangar for less than $100 per year, and use a transfiller hose to fill their aircraft bottle. Medical supply companies can also fill, but often require a prescription.—Ed.

Mel Asberry did a great job explaining the difference between ELSA and E/A-B [“Ask the DAR,” November 2015]. An additional consideration for prospective builders who intend to register their aircraft as ELSA is whether or not the manufacturer is willing to provide Form 8130-15 to the builder. Without that form, the aircraft cannot be registered as an ELSA. Even though some manufacturers have obtained SLSA certification, they are not willing to provide Form 8130-15 to their kit-built customers due to liability reasons. The manufacturer does not want their name listed as “manufacturer” on the aircraft registration!

Mel Asberry responds: It is certainly true that a manufacturer may not offer their kit customers a certificate of compliance (8130-15). That is their prerogative. I would sincerely hope that they would be upfront with that information. If they offer an ELSA kit, they must offer the 8130-15. Otherwise it’s not truly an ELSA kit.

Now having said that, they may withhold the certificate if all components are not purchased from them because they cannot certify that parts bought separately meet their SLSA example.

I read “Who’s Got the Time” [October 2015], and it made me think about how an EFIS could generate a proper, FAA-defined pilot flight time number. It seems to me that a GPS-enabled EFIS could record the time of the first forward motion after engine start and then record the time of the last movement before engine stop. Calculating the elapsed time between those two should yield a figure that meets the FAA guidelines. The only exception would be if you were taxiing without the intent for flight. Just one thought.

We agree—now we just need an EFIS programmer to take up the cause.—Ed. 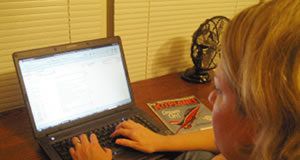 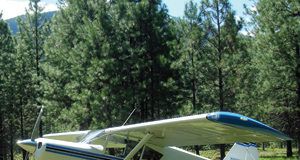 Doug Rozendaal - April 12, 2011
0
When determining whos best to conduct the first flight, its a risk versus reward equation. By Doug Rozendaal.