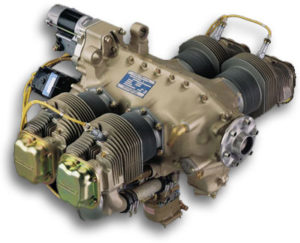 While the industry wrings its hands deciding what to do about the demise of 100LL, one of Teledyne Continental’s strategies is reduce the compression ratio of some of its engines, including the O-200-D. The O-200-D is a lightweight version of the venerable O-200 and has found applications in LSAs and limited Experimentals.

That solution is part of matrix of options TCM is moving forward with now, before the fuel decision is made. Other initiatives include ready-to-go type certifications for nine of its normally aspirated engine and three turbocharged engines to run on TCM’s PowerLink FADEC. The engines would carry the F designation such as TSIOF or IOF and would be ready replacements for existing engines of dozens of aircraft types.

Although TCM is involved in a 94UL test project, it says it doesn’t care which fuel is finally picked, as long as it’s picked soon. “We don’t have much time,” he told us, “because owners will need time to decide what they’re going to do.” EPA is putting increasing pressure on the industry to eliminate lead from 100LL. The deadline might be as soon as 2015.

94UL fuel is, essentially, our familiar 100LL without the tetraethyl lead additive.

Dave Martin - February 15, 2008
0
The state of Oregon has a new law that mandates using ethanol in all auto fuel, potentially affecting thousands of pilots, especially owners of most of todays Light Sport Aircraft powered by the ubiquitous Rotax 912 engine. It may not be too late to take action against similar legislation that could be brewing in your state; by Dave Martin.

Paul Dye - May 20, 2016
0
Repetition is a big part of building an airplane. Fortunately, for many builders, it is also good for the soul.