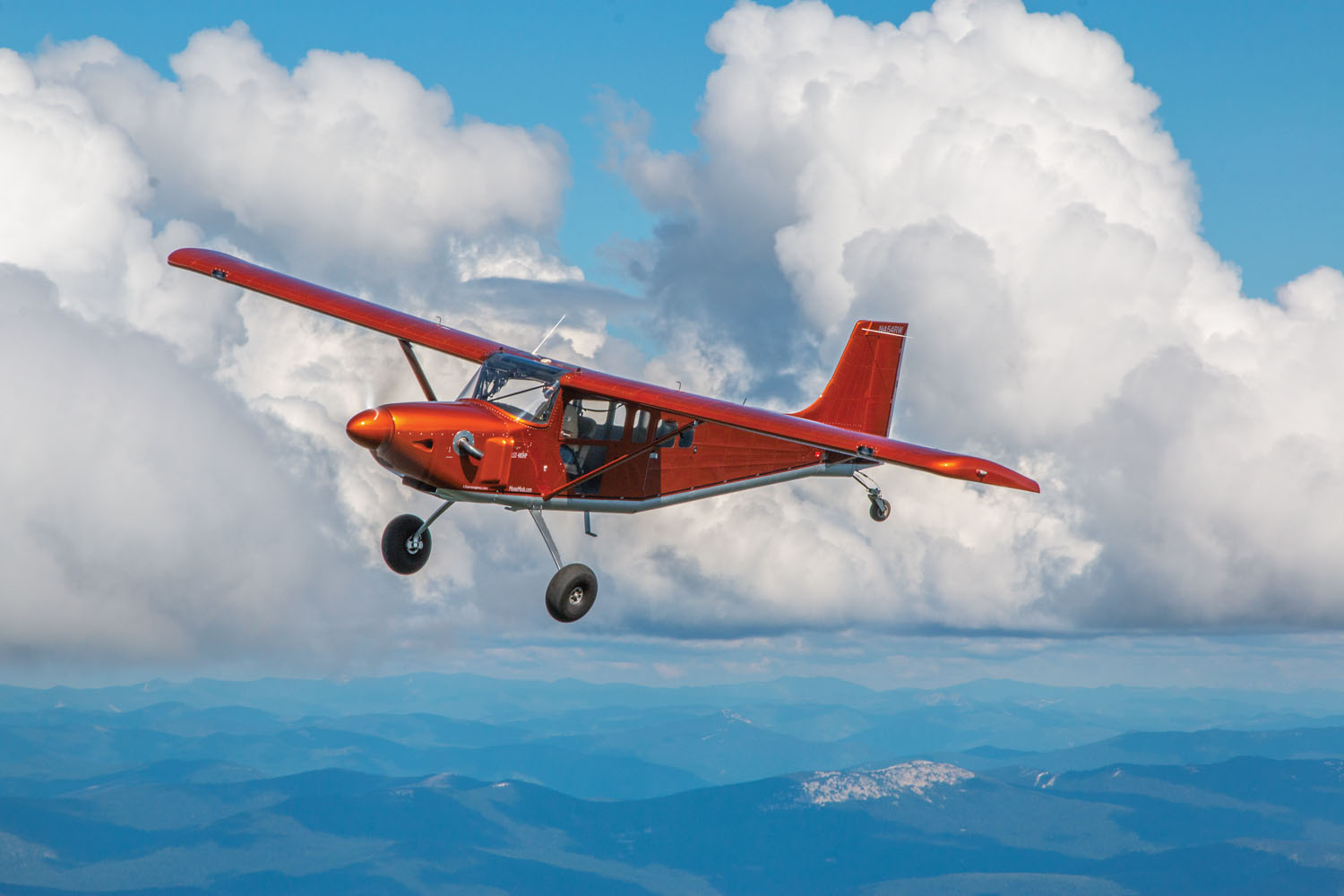 The Moose, designed and sold by Murphy Aircraft of Chilliwack, British Columbia, is one of the few kit airplanes designed to haul large loads in and out of unimproved strips—it’s a kind of Experimental-category deHavilland Beaver. Over a hundred Moose (Mooses? Meece?) have flown, but up in northeast Washington state, Ray Watson has created a Moose like no other—and he calls it the Bull Moose.

After years of flying twin-engine airplanes in IFR conditions, Ray restored a Bellanca Scout and set about learning to fly it into the mountain country of Colorado, Montana and Idaho—for him, the more remote the strip the better. Eventually, he came to find the abilities of the Scout somewhat limiting. “It was a good airplane for two people and a modest amount of gear,” he remembers, “but I found myself wanting to carry more and still have a good safety margin.” Certified airplanes that might suit the need came with high prices and many of them were built within a decade of Orville’s death, so Ray started looking into Experimentals.

Ray eventually bought two airplanes: an un-started Murphy Moose kit and a completed Murphy Super Rebel—think of it as a sort of Moose Lite. As Ray assembled his Moose, he contemplated his power options.

The Moose has always been an airframe in search of an engine. Originally, the recommended engine was the 260-hp Lycoming O-540. It worked well enough if the airplane was light. But the Moose was advertised as having a gross weight of 3500 pounds, and at that weight 260 hp was just not enough to provide the climb rates or angles that keep backcountry pilots’ pulse rates lower than their tachometer. The angle-valve IO-540 offered 300 hp, but much of what it gained in power it gave back in increased weight. After that…what? The eight-cylinder, 400-hp Lycoming IO-720 is virtually extinct—as Piper Comanche 400 owners will tell you. Small turbines offer lots of power, but their price puts them out of the reach of normal mortals, and none of the more “affordable” versions have fuel consumption figures that make sense for a backwoods airplane, where a little extra endurance can be a real benefit. The most viable option seemed to be the Vedeneyev M-14—an Eastern Bloc radial developing between 360 and 400 hp.

Eventually Ray intended to put the airplane on amphibious floats and he didn’t think the O-540 would handle that. He wasn’t overly enthused about a high-drag radial dating back to World War II, either. Ray’s Super Rebel had flown with a Rodec aluminum-block version of a General Motors V-8. It certainly wasn’t a perfect airplane engine, but it offered, at least potentially, a lot of power, modern fuel and ignition control and a wide selection of aftermarket parts. Ray found those options intriguing and decided to explore V-8 power for his Moose.

He chose the General Motors LS3, a much modernized but long-distant relative of the vaunted small-block Chevy V-8 used in several GM vehicles and as the basis for any number of racecar and racing-boat engines. Four hundred fifty horsepower is not asking a lot of an LS3; some versions can develop 500 to 600 hp. According to dyno tests, the 376-cubic-inch aluminum V-8 will develop about 470 foot-pounds of torque and 460 hp at 5200 rpm.

The new “crate” engine was not modified internally, but Ray did install a new throttle body linked to a push-pull throttle in the cockpit. “The stock GM setup uses an electronic throttle,” he says, “and I wanted a direct mechanical connection.” Custom exhaust headers lead to huge exhaust pipes protruding from either side of the cowl. There’s a custom harmonic damper mounted on the crankshaft flange. An aluminum radiator with a thermostatic fan lives underneath the engine, with a large cowling scoop feeding it air.

The PSRU and Engine Controller

Five thousand rpm is way too much for a propeller, so a reduction drive is a necessity. Ray chose the CAM 500 2.11:1 gearbox built by Firewall Forward Aero Engines in Ontario, Canada. Designed to handle up to 750 hp, the unit also provides drives for a hydraulic prop governor and, if anybody still wants one, a vacuum pump. The reduction ratio results in 2500 propeller rpm for takeoff and 1900–2000 for cruise—well within the comfort zone of the Hartzell three-blade propeller.

According to Archie Dobbins at Firewall Forward, “Our unit uses a dry sump system with a two-stage oil pump supplying pressurized oil directly to all the gears and bearings. The oil is used just for the gearbox—it isn’t shared with the engine. A damper with eight internal springs quiets resonances between the prop and the engine. Most of the gearboxes we’ve built have gone into replica fighters using automotive V-8s and they’ve performed well.”

Another Canadian firm, Simple Digital Systems (SDS), provided controllers that handle the fuel injection and dual ignition with variable spark timing. “SDS has extensive experience with aircraft,” says Ray, “and even more in automotive racing. Ross Farnham has been generous with his expertise and continues to help us develop the potential of the LS3. His system can log extensive data and make it possible to see what the engine is really doing so we can make changes that improve performance and economy.” 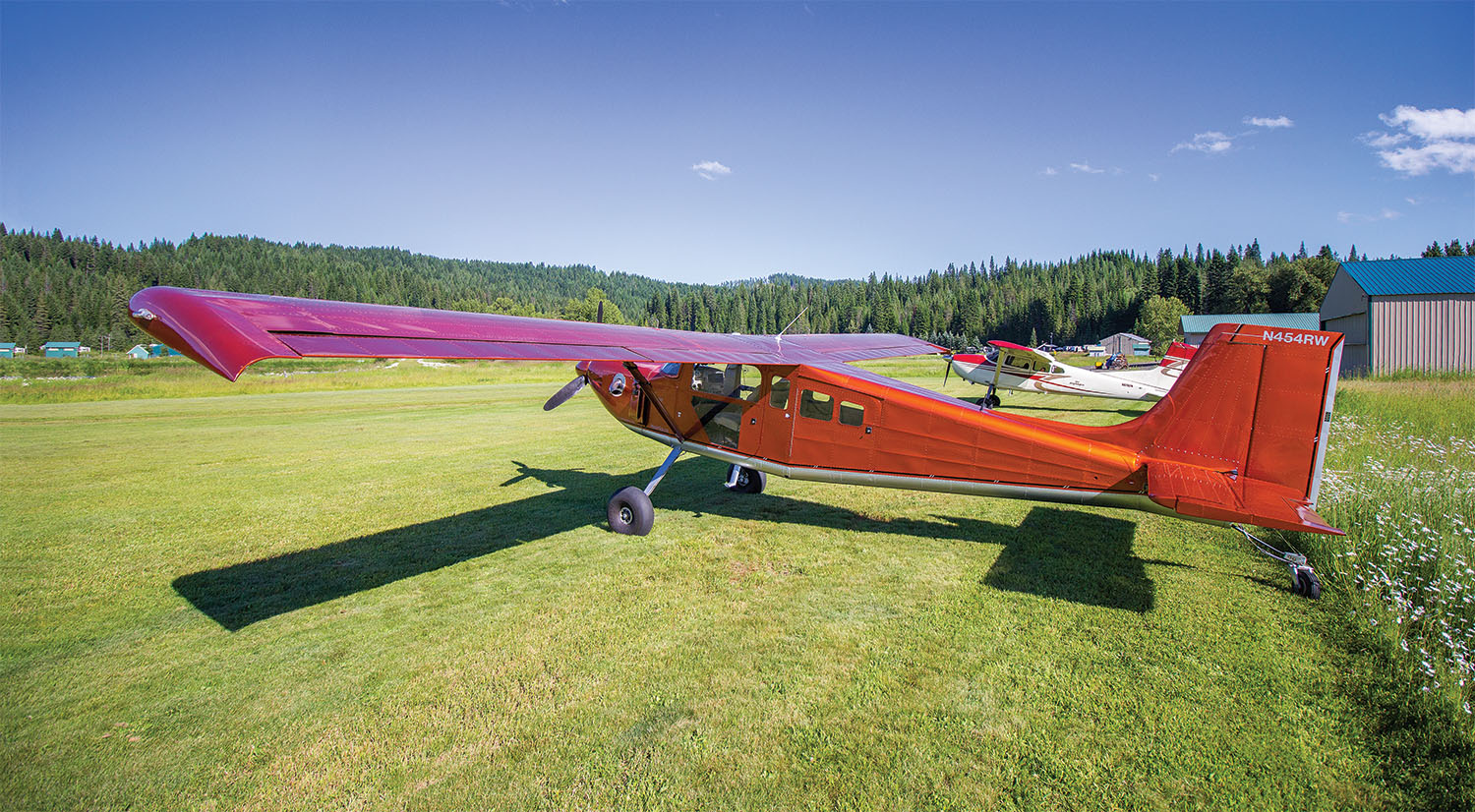 While he was building the Moose, Ray incorporated some structural modifications designed to handle the extra power. The fuselage was built with some thicker skins, additional stringers in the tail cone and a strut brace for the horizontal stabilizer. Heavier tubing was used between the firewall and cabin top. He developed a long, slender cowl to accommodate the V-8—the result (and those big exhaust pipes) makes the airplane look very “turbine-like.” So much so that Ray is semi-seriously contemplating a “NO JET A” sticker around the filler caps.

Beyond that, there are top-hinged doors for easier docking on floats, and there’s a small baggage compartment with its own door in the aft fuselage, suitable for light items. The finished airplane, painted an eye-catching shade of orange, weighs 2034 pounds—similar to M14-powered versions. That’s impressive considering the structural changes and the fact that the V-8 is liquid cooled, which typically adds a significant amount of weight.

Ray invited me along on a brief fight. After we’d added 20 gallons of ethanol-free, premium-unleaded auto fuel to the wing tanks, I clambered into the large cabin using some cleverly placed grab handles. Forward visibility was better than I expected—even though the spinner was way up there, you could see around the slender cowl quite well. Looking over the long, pointy nose, I realized that I’d never been in an airplane with a V-anything engine.

Ray fired ’er up. Electric boost pump on, fuel pressure up, mixture rich, electronic ignitions on—and hit the button. Two or three blades later, the engine gave a couple of short barks and settled into a crackling idle. I told Ray he could sell this package on the sound alone! It reminded me of Oshkosh mornings when the P-51s were going out for their morning rat races.

We lined up on the runway and Ray applied takeoff power. That crackle immediately spun up to a snarling roar and the Moose moved out smartly, tugged along by the three-blade Hartzell constant-speed propeller. Even with an 82-inch diameter, there remains 22 inches of clearance when the tail comes up for takeoff.

After a few hundred feet of roll, the big wing took over and we gained altitude quickly. We reached about 4000 feet, leveled off and looked around. The country in northeast Washington, just 50 miles or so south of the Canadian border, is lovely. There’s no end of mountains and large lakes—perfect Moose country. And in this Moose, it’s reachable without spending a ridiculous amount of time en route. Ray set the power at 4000 rpm and 18.5 inches of manifold pressure. We were indicating about 145 mph, or 124 knots. At higher power settings, Ray says the Bull Moose can see 155 knots true.

There was no fuel flow information in the cockpit but based on his 160 hours behind this engine package, Ray estimated we were burning about 15 gallons per hour. That’s about where a far less powerful Lycoming O-540 sits at 75%-power cruise (though, admittedly, few tend to run it that hard). And the Lycoming does without the benefit of the Merlin-esque snarl and impressive takeoff performance. The coolant temperature settled at 176° and no matter where we set the power or pointed the nose, it never budged.

The Moose is not a dainty airplane. In the choppy air we encountered on approach, Ray had to use a lot of arm motion to keep the nose aligned with the runway. When you’ve learned not to be bashful, the Moose will go where you want it to, and once it’s on the ground it doesn’t seem to have any bad manners.

His time in the backcountry with the Moose has convinced Ray that there’s a business case for his engine and airframe developments. He’s established MooseMods to provide components and support for the Bull Moose airframe. A companion company, LS Aero Engines, concentrates on developing the engine.

A kit for the structural mods to the fuselage is currently priced at $1440. Frames for the top-hinged doors add another $1500. A complete LS3 engine package, ready to install in your Bull Moose, is priced at $46,000, though a simpler “component package” containing all the same parts but leaving assembly to the builder is $39,950. Although Murphy Aircraft hasn’t been visible in recent years, according to Murphy representative Marlowe Walker, kits for the Moose airframe are available, with a lead time of about three months.

So if you find yourself deep in an Idaho canyon, camped near a big airplane the color of a metallic tangelo and an engine that sounds straight out of NASCAR, now you know what you’re looking at. And, good news, you can build one for yourself, too. 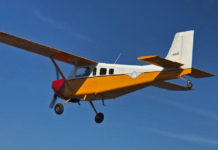 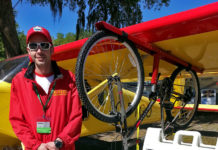 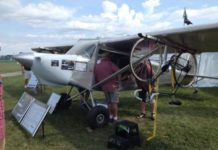 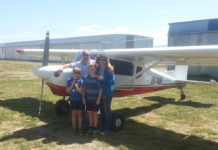 Want to Own a Kit Company? 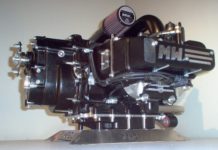 Paul Dye - April 17, 2014
0
Unlike my excellent predecessors in this job, I came to the magazine editing business... 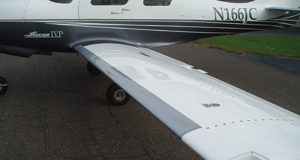