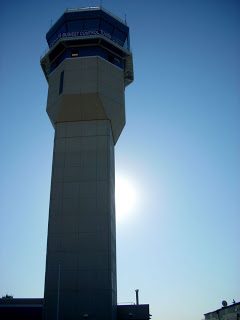 Finally home in California, there’s time for me to take a quick look back on this year’s Oshkosh. The highlights included the fact that it wasn’t a bust, economically. Pre-show scuttlebutt suggested that it would be lightly attended on the premise that the economy is suffering and high fuel prices are keeping pilots flying less than they’d like. (For me, it was scheduling and cost that put me on an airliner to and from CA. Figure four days of travel and $1200 in fuel alone at 145 knots and 9 gph.) Around my home airport, the runways have been eerily quiet, and most of the Airport Way pundits said that sense of inactivity would extend to AirVenture.

Not so, as it turns out. In fact, many vendors were reporting good, strong sales and continued high interest in new Experimental-class products.

As an engine guy, I was happy to see some movement on electronic controls. In fact, it was movement both ways. While Lycoming showed up with a new FADEC system, to first appear on something called a TEO-540 twin-turbo fire breather—hey, notice that it’s not a 580, I wonder why this much balleyhooed big brother has all but disappeared—that will, in time, be fitted to the front end of a Lancair Evolution. Lycoming’s FADEC is nothing like the old semi-automatic system shown a decade ago. Best yet, Lycoming claims to have figured out a way to make electronic knock (detonation) detection possible. I’d been told by those in the know that traditional knock detection through acoustic means wasn’t possible in an aircraft engine because its wide clearances, lightweight construction and air cooling made it “noisy” to the knock sensor.

More on FADEC. Precision continues to display its electronic engine controls, while Aerosance has quietly pulled the Experimental version of its FADEC from the market. At a press function with Aerosance’s owner, Teledyne Continental Motors, the Mobile outfit’s new president, Rhett Ross, announced that a new FADEC was in the works. I didn’t expect this to mean the instant death of the first gen. Either way, the Aerosance FADEC has been a visible failure of the genre, with just one original-equipment buyer and very sparse aftermarket interest. 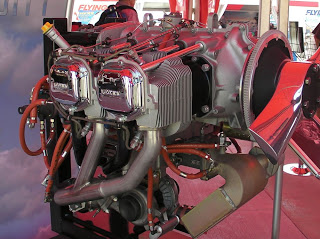 Also in evidence at the Lycoming tent was the TIO-360, a turbocharged and intercooled, parallel-valve engine rated at 180 horsepower. I had a few quiet moments with Lycoming’s VP of Engineering, Mike Kraft, and he said that much of what was really cool about the engine wasn’t visible: The joined intercooler, cast to make a nice arc from the turbo outlet to the forward-facing Precision injection servo, has internal passages to improve air flow and efficiency. It was Lycoming’s belief that the TIO-360 would fit a lot of Experimental cowlings with minor modifications. A quick, very rough check suggests that my Glastar Sportsman’s cowling isn’t quite bulbous enough. Sigh. 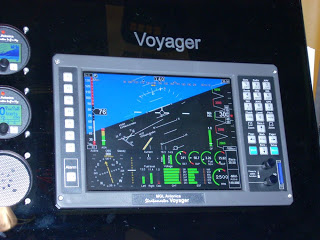 News from the other side of the firewall: The EFIS wars are simmering down a bit. Except for Dynon’s new big-screen, synthetic-vision units, the other units I saw were evolutions or slight updates of the devices shown this April in Florida. Of course, when the Dynons will arrive depends on who you talk to. Some in the company say early 2009, but the engineers all grimaced and said, “Can we just call it second-quarter oh-nine?”

We have all heard the term LSA until our ears are bleeding, right? And while that part of the industry—specifically, the ready-to-fly SLSA aircraft—are growing in number, the size of the fleet has yet to really take off, so to speak. Moreover, I have to wonder about the EAA’s angle on all this, seeing as how the LSA Mall was rather unceremoniously shoehorned in next to the Affordable Flying hangar, just adjacent to the workshop buildings. Cessna’s pretty white Flycatcher—er, sorry, SkyCatcher—was prominent in the exhibit down the main road, but over at Cirrus the jet, in both real and mockup form, was the real attention grabber. 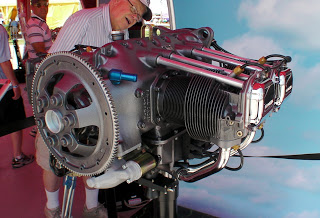 Speaking more of LSA, Continental and Lycoming both showed commitment to the class. Continental’s lightweight O-200 was praised by the company as being robust, while Lycoming showed the IO-233, a lightweight version of the venerable, lead-magnet O-235. Now sporting an unfinished throttle body injection system, sectioned starter ring gear, roller tappets and a prototype electronic ignition by the E-Mag guys, the 233 is said to be more competitive in the weight-critical LSA world. Anything to stop the tide of Rotax 912s, eh? Two years ago, I would have given both of these programs slim odds of success, but the plunging value of the dollar against the euro will help. The 912, never cheap, is starting to look almost gemstone-precious to cost-conscious builders.

Arguably the best show wasn’t planned to be entertainment, and that was the Monday open seminar by the FAA on the proposed changes to the “51% rule.” Certification director John Hickey (photo at right) and Frank Paskiewicz, of the FAA’s AIR-200 (Production and Airworthiness Division) office were on hand to receive the general ire of the homebuilding community. They attempted to calm fears and explain the process by which the FAA has come to the recent set of proposals to overhaul the Advisory Circulars that provide guidance for homebuilt licensing. Perhaps the best news from that meeting was the announcement that the deadline for comments had been extended to September 30.

Builders and potential builders sparred with the FAA and, to some extent, EAA’s own Earl Lawrence on the interpretation and effect of the proposed new rules. The central point of discussion was arguably the new specific requirement for 20% fabrication by the builder. Although not stated explicitly in any recent documents from the FAA, Paskiewicz confirmed that it’s the FAA’s belief that the “intent” of the original wording, that the builder is responsible for the “majority” of the “fabrication and assembly,” is that those tasks be apportioned equally. Until recently, the industry regarded the tasks interchangeably. And while no one argues that b
uilders should not be required to fabricate anything, the industry (EAA, kit manufacturers and builders all) has strongly opposed a specific fabrication percentage. 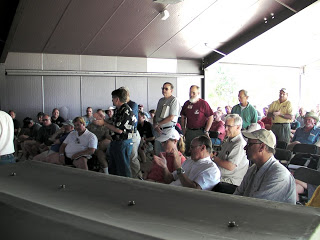 After a general presentation session that recapped the proposal, the floor was open to questions. Unfortunately, I was the next in line when Lawrence decided to stop the proceedings because we had run over time.

In the days following the meeting, my familiar industry contacts were hard to find. “He’s in a meeting with the FAA,” was the common response. Later, having caught up with most of them, I learned that the FAA is in fact looking closely at the proposals and, thankfully, some compromises appear to be in the works. I don’t know enough to say with certainty what those compromises will be, but I’m led to believe that most builders will be relieved, if not happy, with the outcome. 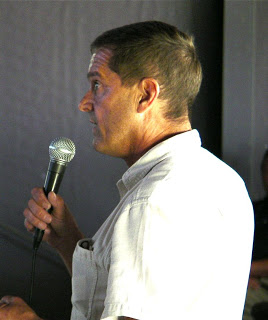 So it was with a slight sense of relief that I boarded a surprisingly nice Air-Tran Boeing 737 for Los Angeles, smiling inwardly at the pasting our old friend, test pilot Len Fox (right), gave the FAA at the open meeting. If it wouldn’t be a demotion for Len, I’d pencil him in for President in 2008.

Dave Martin - November 16, 2009
0
It’s time to install the shiny, expensive boxes in the RV-12. Yes, the avionics package goes in… and it’s not as difficult as it used to be. By Dave Martin.