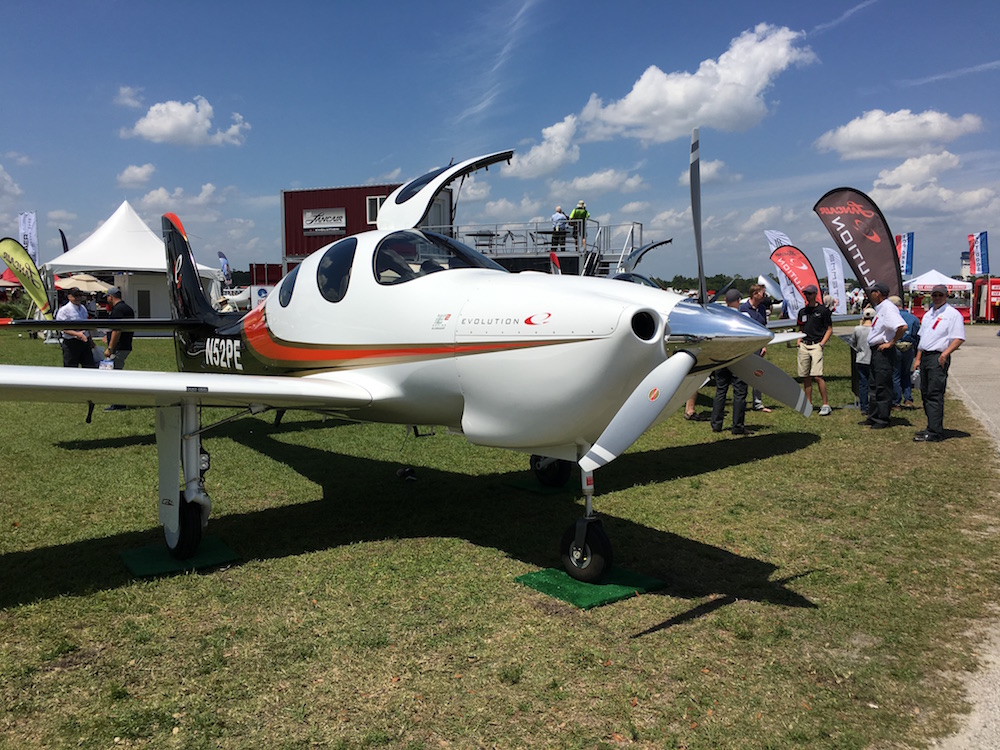 Lancair originally introduced their Evolution kit with either a Pratt & Whitney PT-6 engine or the Lycoming TEO-540 piston engine. However, as they began selling the turbine-powered kits the piston program got put on the back burner. Now they are reviving the piston-powered version of their flagship airplane at a substantial cost saving over the turbine model.

The piston Evolution is powered by a Lycoming YTEO-540-iE2 power plant featuring a full FADEC engine control system and making 350 horsepower. It will allow the piston Evolution to cruise at 242 knots. The complete kit with everything, including typical builder assistance, comes in at around $900,000. The turbine Evolution cruises at about 300 knots behind a P&W PT6-135A engine making 750 shaft horsepower, but at a cost of about $600,00 more.

The good news about the piston Evolution is that it uses about half the fuel of the turbine version at the same speed. And I am sure most people can think of something to do with the money they will have left over.