A few days ago one of my readers volunteered his new Aerovoltz 12-cell Model EV02 lithium ion battery for detailed examination of performance on the bench (hat tip: Matt Stecher). I want to make it clear that this article is not intended to champion or discourage a switch to lithium batteries. Nor is it intended to paint Aerovoltz with a black, sticky brush. This article will illustrate the thought processes for evaluating battery performance, integrating the battery into an aircraft electrical system, and offer guidance for all wannabe manufacturers of aircraft batteries as to how their product’s performance influences the designer/builder’s buy decision. 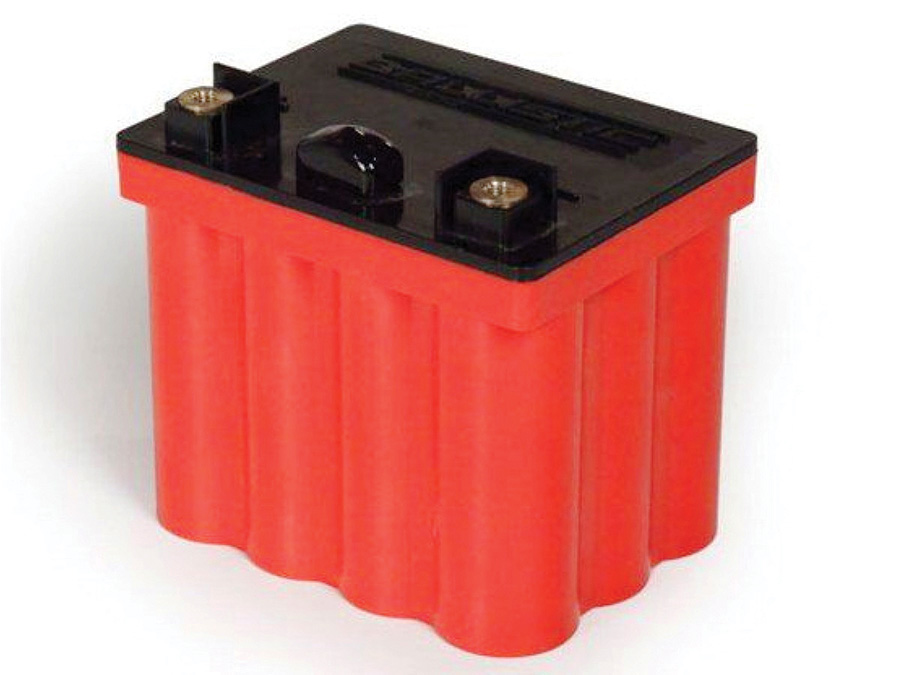 The Aerovoltz 12 appears to be fabricated from three parallel strings of four cells each. The battery data makes no claim for an internal battery management system (BMS). This product does feature a multi-pin connector for attaching an Aerovoltz proprietary battery-charger/cell-balancing accessory. The physical size of the “silos” suggests that core components for this battery are cells conforming to the industry standard 26650 form factor. (See aerovoltz.com.) An exemplar cell offered by A123 Systems is described in this data sheet. Data for most cells in this form factor cite a capacity on the order of 2.5Ah. Some examples cite capacities of 4.0Ah or more! These claims seem exaggerated… I will acquire some of these cells for further examination.

The web site and printed literature for this battery calls for charging voltages not to exceed 14.4V. It cautions against discharge below 9.0V. It states that batteries discharged to 6.0V or less are considered trash. The literature also cites a cold cranking rating of 410A.

I first applied a constant current, constant voltage charger set for 14.4V/3A to the battery. I observed an initial charge current of 3A that tapered to less than 0.1A in about 15 minutes. In other words, the battery was nearly topped off as received. A load test at 400A produced a terminal voltage of about 8V. I topped the battery off again before discharging it at 3A constant current until the terminal voltage dropped to 10V.

The first discharge cycle demonstrated 7.3 Ah of capacity as shown by the red plot in the chart. A third 14.4V top-off and 6A load produced nearly the same capacity (shown in black). Subsequent tests were conducted at 6 Amps after top-offs at 14.0V (blue) and 13.8V (green).

Similarities in this family of plots is interesting. You will recall plots for lead-acid products depicted in prior articles illustrated considerable “spread” in useful capacity over a range of test loads. Discharge plots for lead-acid showed ever-increasing loss of energy to internal heating as battery loads are increased. The four plots in the chart suggest that (1) internal losses in this battery are quite low, (2) adjustment of the charging voltage over 13.8V to 14.4V produced no significant change in the battery’s stored energy, and (3) my original guess for a 3×4 array of 2.5Ah cells was accurate. A 400A load test was repeated after one last top-off. Again, the battery’s terminal voltage dropped to about 8.0V.

The four plots suggest that (1) internal losses in this battery are quite low, (2) adjustment of the charging voltage over 13.8V to 14.4V produces no significant change in the battery’s stored energy, and (3) the author’s original guess for a 3×4 array of 2.5Ah cells is accurate.

These tests were conducted gently and well within parameters suggested by the manufacturer’s published limits on a reader’s brand-new battery. I wanted to return the battery none the worst for wear. I have some individual cells on order that will be subjects of more aggressive studies.

I hope this brief peek into the life and times of an exemplar lithium battery demonstrates that the popular “lead-acid equivalency” numbers are meaningless to the aircraft systems integrator. It’s important to note that published marketing data for most, if not all, lithium products falls short of what’s necessary for well-considered system design and operations. If your chemically stored energy design goals call for battery-only endurance equal to or better than fuel endurance, then the choice of batteries must include an evaluation of contained energy balanced against design goals—irrespective of your choice in chemistries or battery architectures. This study also illustrates the need for careful consideration for the small, but significant differences in performance between lithium and lead technologies. Those “little differences” may have a profound influence upon return-on-investment for making the lead-to-lithium switch.