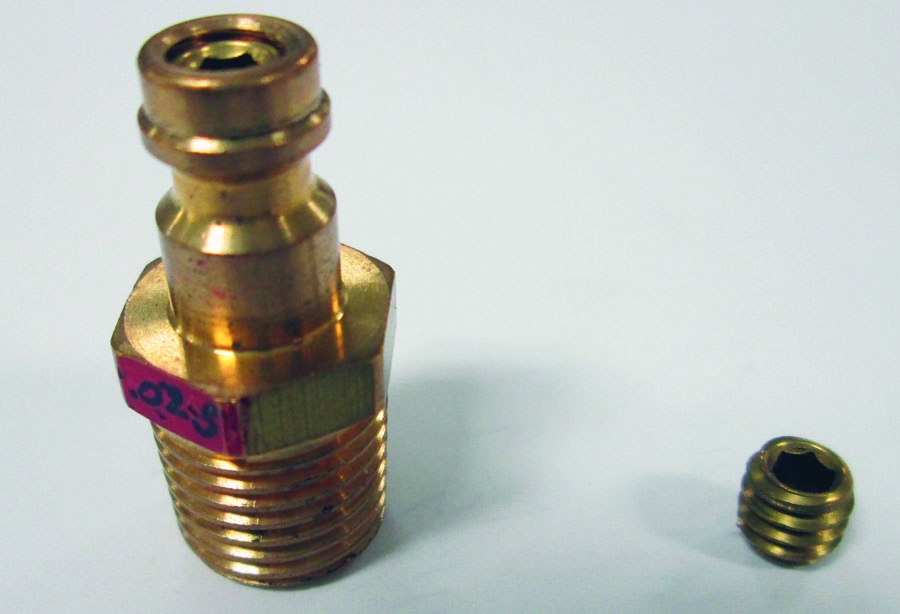 Most of us experience the frustration of a pneumatic, pull-type rivet gun going from no movement to extreme speed that generates a startling “shock” action. The same jolt can happen on pneumatic squeezers, sometimes with undesirable results. The Creative Homebuilder uses his make-your-own (MYO) fixed air restrictor to allow a more controlled action on the air tool he is using.

He starts by drilling/tapping the bore of a coupling adapter to accept a brass Allen hex screw. He then drills an orifice hole to allow airflow restriction in the screw—usually in the 0.025- to 0.040-inch range. Once the screw is installed in the adapter, the fixed air restriction is accomplished. This speed control slows down and smooths out the pulling process with pneumatic rivet guns. 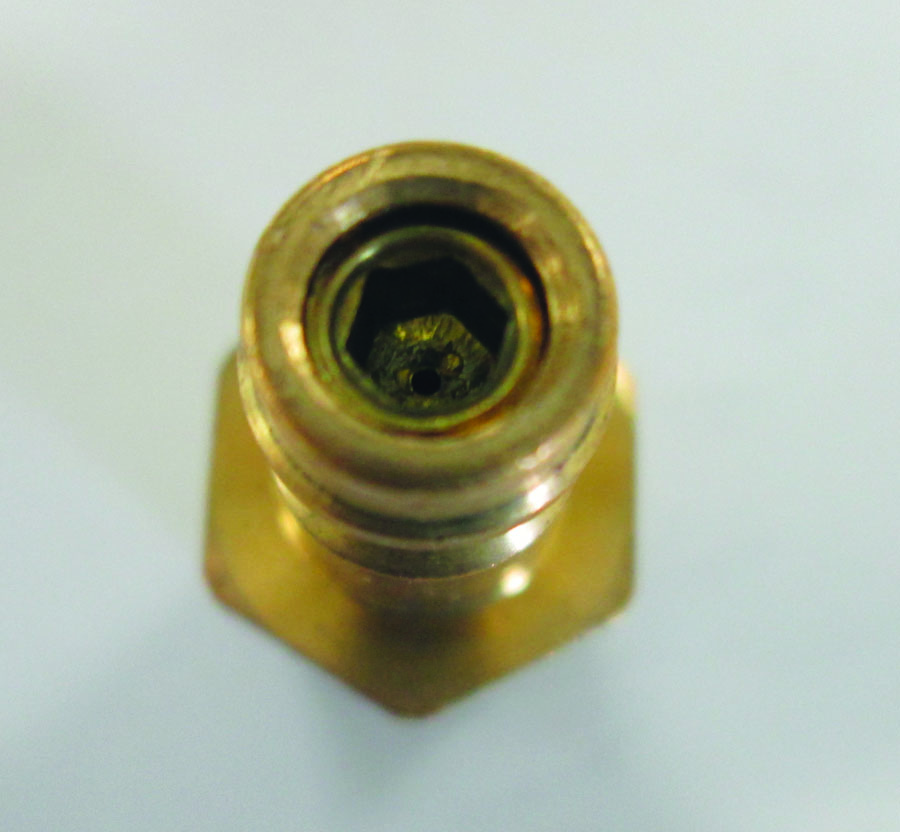 When the Creative Homebuilder uses his larger MYO yokes [“Make Your Own Yokes,” January 2018], he adds a speed control. When converting the pneumatic head for foot use, the feathering hand trigger assembly is removed and replaced with an adapter that lets air pass either way without the triggering (or feathering) action of the original. To recover the feathering sensitivity, he installs the orifice at the inlet to the foot valve, which slows down the rate at which the air enters the cylinder of the squeezer. This, in turn, slows down the operation rate. Work potential remains the same, but work takes place at a slower rate. 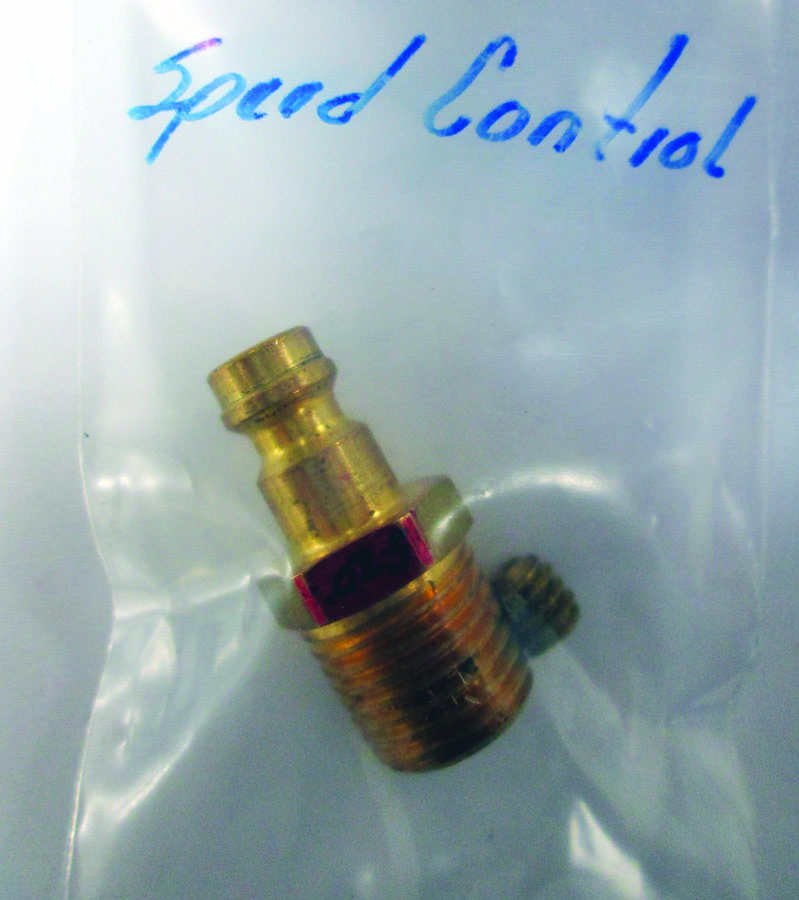 All bagged up and ready to go!