The STOL CH 750 Super Duty is the latest model in the Zenith high-wing line developed by aeronautical engineer Chris Heintz. The STOL CH 750 “Super Duty” (SD) is an expansion on the popular two-seat STOL CH 750 light-sport aircraft, but offers increased load (and corresponding increased gross weight), the addition of a “jump seat” in the large rear cabin area, and new engine choices for maximum short take-off and landing (STOL) performance.

Immediately apparent upon entering the airplane is the fact that the traditional instrumental panel is nowhere to be found: it has been completely replaced with a single extra-large, free-standing 17″ display: The Avilution™ Unpanel™ integrated avionics display (see separate press release about the Unpanel by Avilution). The Unpanel display (available to Zenith kit customers as an option) replaces the traditional collection of instruments, controls and smaller displays with a single massive 17″ display. By removing the traditional instrument panel bulkhead from the cabin area of the already roomy CH 750 fuselage, the forward half of the cabin feels more like a helicopter, including helicopter-like visibility. The cabin itself is 42″ wide (and up to 50″ at the shoulders thanks to the standard bubble doors) and includes adjustable front seats . The huge rear cabin area is fitted with a rear jump seat and can easily carry up to 200 lb, ideal for a passenger or all your camping and hiking gear. 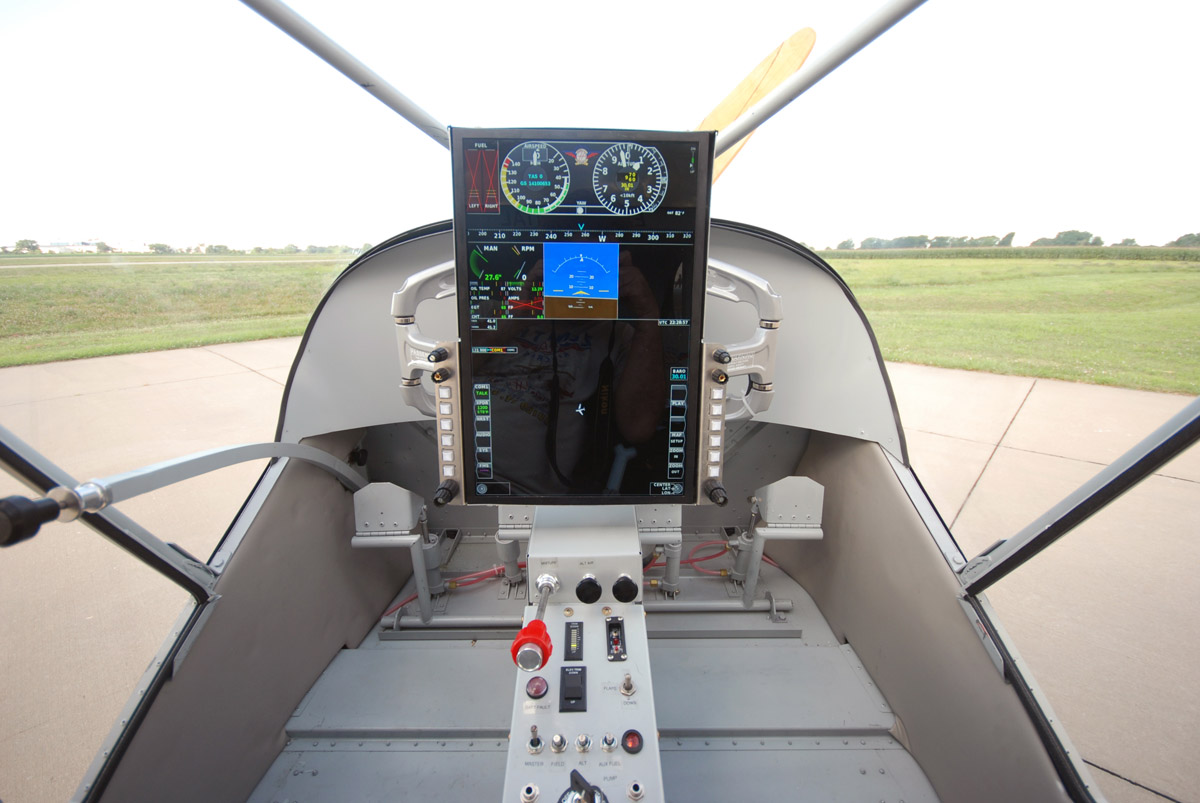 With a gross weight of 1,900 lb, the prototype aircraft introduced at AirVenture is powered by a 205-hp IO-375 engine from Aero Sport Power. Fitted with a 82-inch Sensenich propeller, the prototype CH 750 SD is configured for maximum STOL performance. Like previous Zenith models, a wide choice of engines will be available for the new CH 750 SD model, ranging from 150 – 205 hp.

The CH 750 “Super Duty” model features fixed wing leading edge slats for outstanding STOL performance, and full length flaperons (that act as both full-length ailerons and flaps, for superior slow-flight handling). The wing span of the CH 750 “Super Duty” (SD) has been increased to 33 feet 5 inches (from 29’10”) increasing the wing area to 162 sq. ft. for maximum load carrying capability while still offering best-of-class demonstrated short take-off and landing capability. The latest kit from Zenith Aircraft Company, the CH 750 “Super Duty” model is manufactured with extensive use of final hole size match-drilled parts and assemblies. It’s estimated that the kit will require just a few hundred hours of basic assembly to put together, using pulled blind rivets as the primary fasteners. 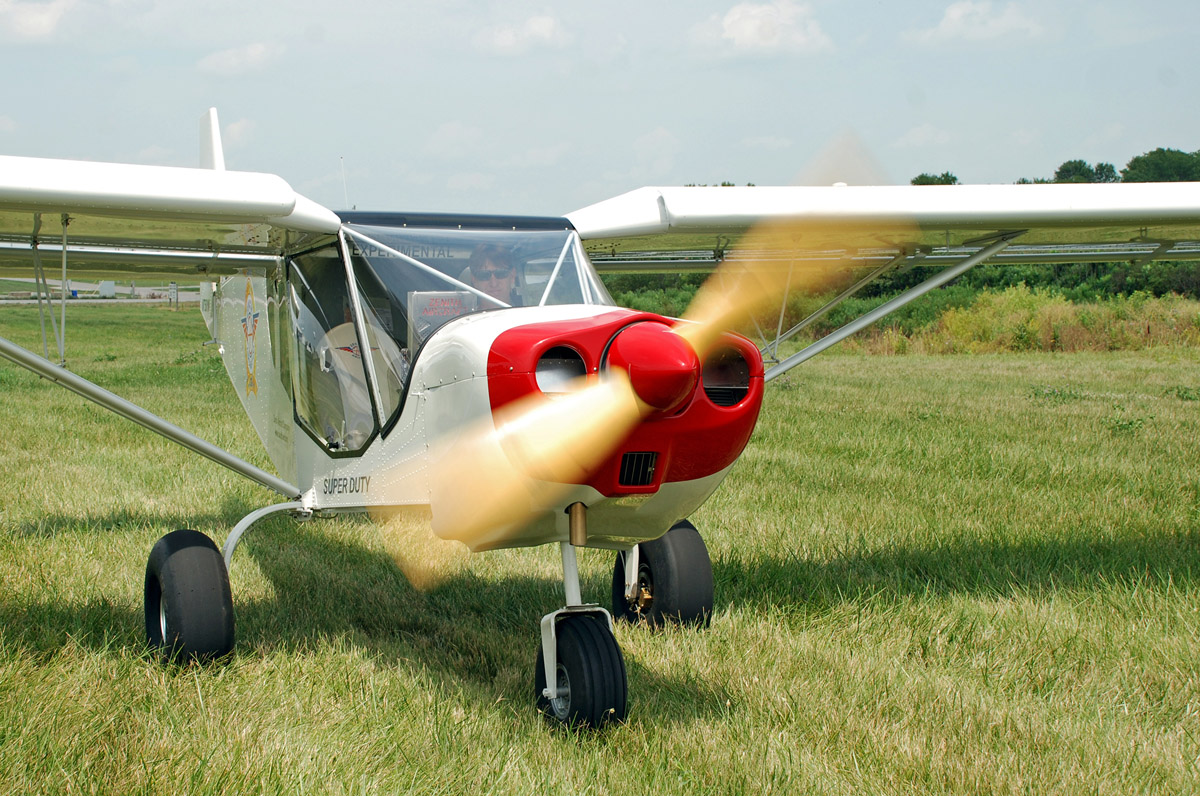 The original STOL, the CH 701, was first introduced in 1986 and continues to be popular with sport pilots around the world, and is often referred to as the “Sky Jeep” for its ‘form follows function’ utility. In the early 90’s a four seat utility version, called the STOL CH 801, was introduced, followed by the light-sport CH 750 version aimed at the Sport Pilot market. “The Zenith STOL continues to break the myth that a taildragger airplane is needed for maximum STOL performance,” states Heintz. “Our stock high wing designs routinely win STOL competitions, out-performing specialty tube’n fabric STOL taildraggers.” 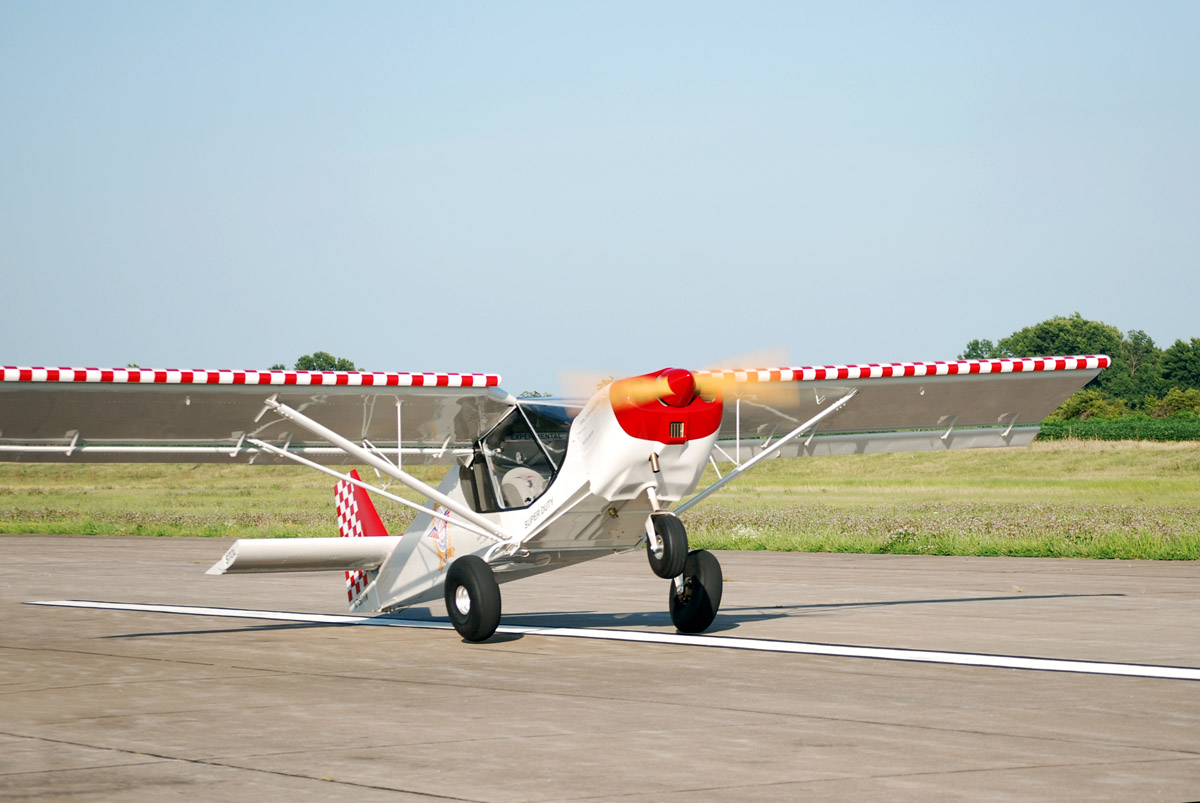 Like its predecessors, the STOL CH 750 Super Duty offers breathtaking STOL performance. Demonstrated take-off roll is an astounding 115 feet. Rate of climb is 1,350 fpm and cruise speed is a respectable 105 mph (without any speed mods and with bush tires). Stall speed is just 34 mph and landing roll is as short as 150 feet. The aircraft excels at slow flight, with excellent maneuverability right down to the low stall speed. Over the nose visibility on the ground is excellent thanks to the standard tricycle gear configuration, and ground handling is easy thanks to the direct-linkage steerable nosewheel. 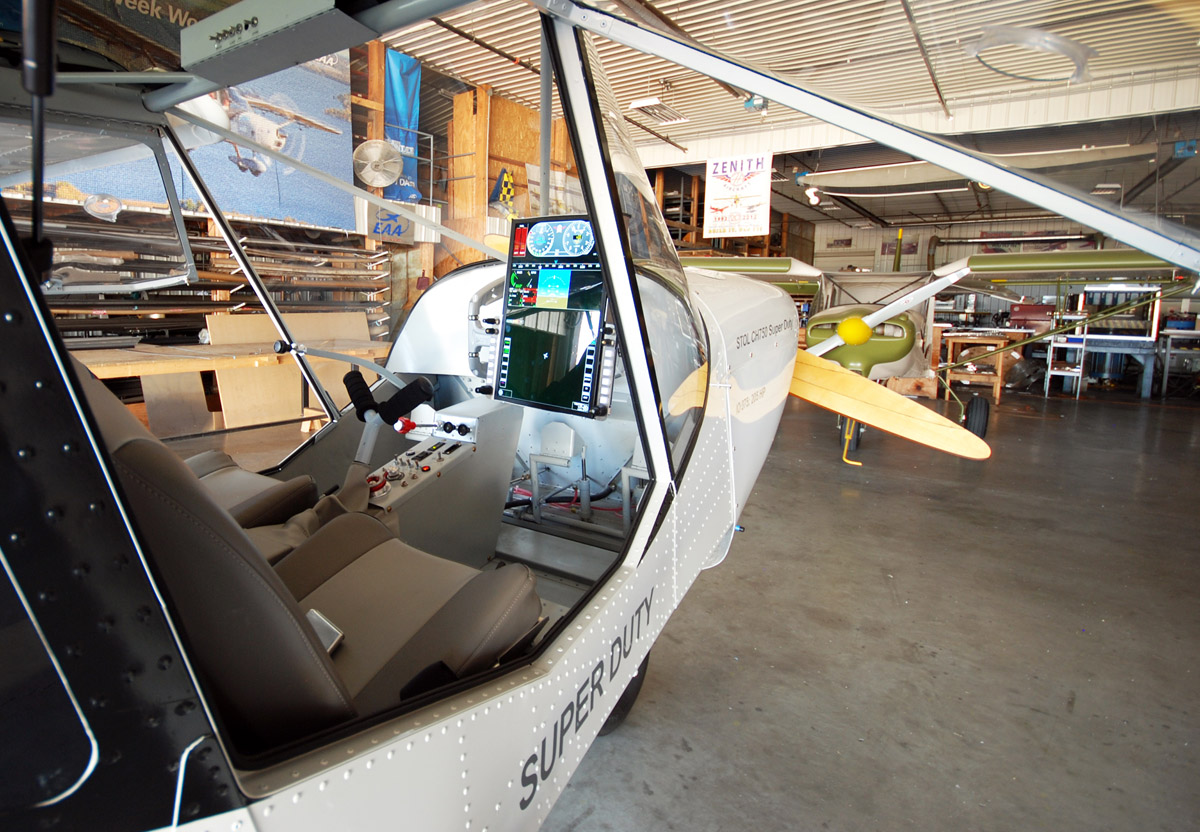 Zenith Aircraft Company is a veteran kit plane manufacturer and is celebrating its 25th anniversary this year. The company, headed by the son of designer Chris Heintz, has invested heavily in computer technology to aid the design and manufacture its line of all-metal kits. “Our CNC manufacturing allows us to manufacture kits that are easier and quicker to build than ever before. Our newest kits offer final hole size match-drilled parts, ready to assemble right out of the box,” states Heintz. “Our ongoing investment in technology has also allowed us to keep all manufacturing, design and support jobs here in North America.” 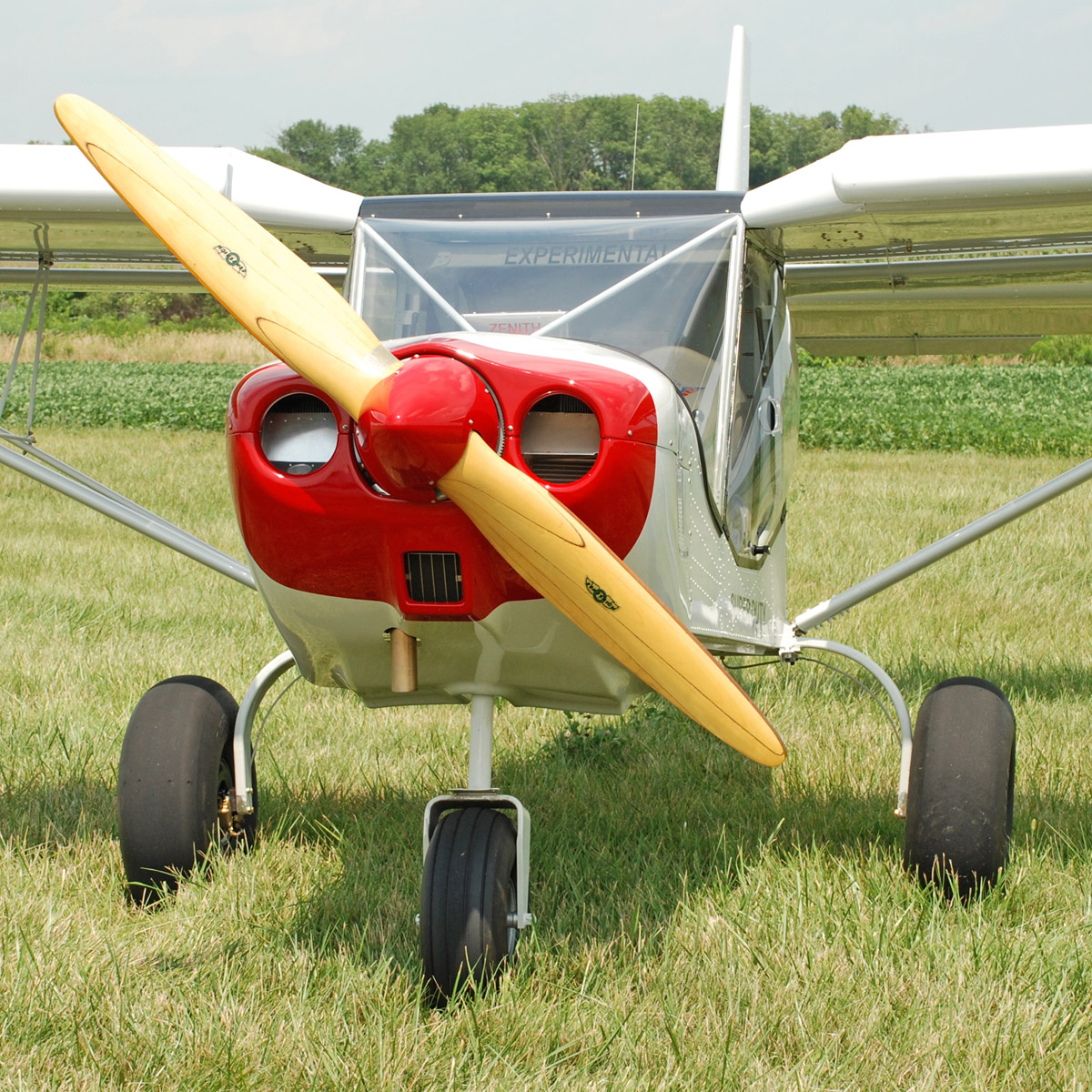 The company plans to offer both Zenair and Full-Lotus floats for the aircraft, with an increased gross weight of 2,200 lb for the floatplane version. 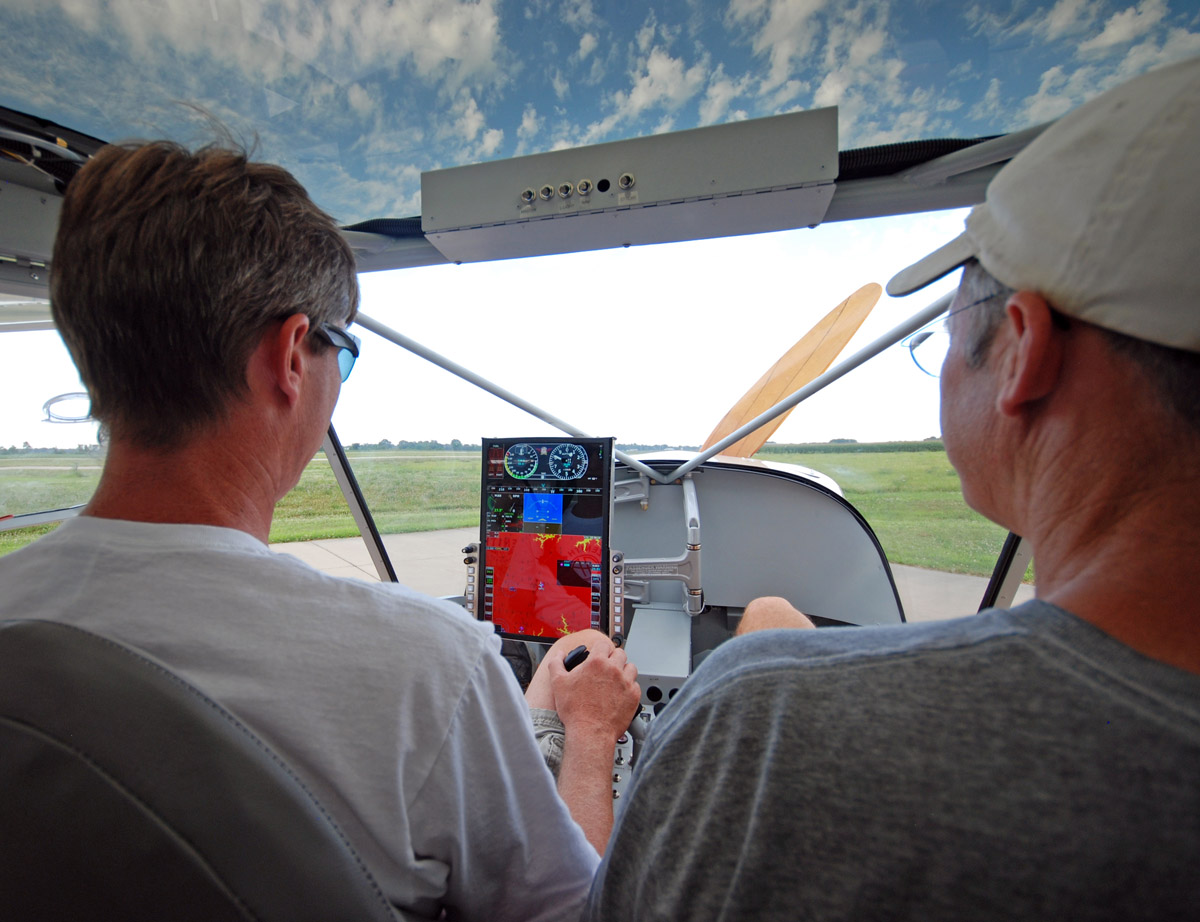