How many of us have seen an unusual engine temp/parameter indication and wondered if it was really the engine or a faulty reading? The two most important gauges that probably make our hearts skip a beat when they are misbehaving are oil pressure and oil temp, especially since lubrication is so important to keeping the engine running. So it was with the recently purchased Schweizer helicopter in which I earned my rotary-wing certificate.

The helicopter came from Phoenix, Arizona. Can you say hot? I know that part of the country well as I learned to fly in Tucson at the Davis-Monthan Air Force Base. While it was hot in Tucson, it was always hotter in Phoenix. It’s also hot in Atlanta, where the helicopter is now based. I noticed it had two oil coolers on it when I bought it. I was happy with that as I hate to see oil temps running at the top of the green arc. I’ve always strived for the middle of the green range, believing that should be good for the long-term health of the engine.

When I started flying it in Atlanta, it was early spring. Warm, but not hot, and certainly not Phoenix hot. Right away I noticed two things: high oil temps and high oil consumption. The oil temp always ran at the top of the green arc, which was 250° F, with 260° being the redline. It is a Lycoming engine, an HIO-360-D1A to be exact. Hmm…that’s not unlike the Lycomings in which I have thousands of hours and for which I’ve always strived for temps around 185–190° in cruise. On top of that, we’ve always been told that the oil doesn’t like to see temps above 245°, which is the oil temp redline in the other Lycomings. By the way, we are using the same oil in the helicopter as in the other aircraft.

I did call the former operator and they said, “Yeah, it runs hot.” Being in Phoenix, they just accepted it, and I can understand that. But I still didn’t like it. One local operator told me his oil temp indicated around 190°.

What was interesting to me is that during hover work the oil temp never changed. In other words, it never got hotter, even though sometimes we were pulling max power doing pedal turns and lots of other hover maneuvers. The CHT would climb as expected, and we would be careful to not let it get past 400°, the same way we treat other Lycomings.

I was busy learning, and the instructor didn’t seem to be concerned. However, this was no longer a flight school aircraft. It was mine, and I know that taking care of the engine with regards to operating temps pays big dividends over time. So it continued to nag at me. Often when I landed, I would carefully put my hands on the oil coolers and feel how hot they were. It always surprised me that they certainly didn’t feel like they were very hot at all.

I even installed an Airwolf remote oil filter as I have found them to help cool the oil system by as much as 15°. In this case—nothing. The needle stayed in the exact same place! A secondary reason for the remote oil filter is that it is so much easier to change the filter now, so I wasn’t upset with doing that. As a matter of fact, I have them on all of my aircraft.

Finally, one weekend I had enough time to get to the bottom of it. The first thing I did was hover and run the temps up to their normal indications. I immediately landed and shut down, and used an infrared thermometer on various parts of the engine, including the oil filter. Interestingly enough, the temps were much lower than I thought. The oil sump was around 199°, and the oil temp probe was showing 165°. It is normal for the sump to be hotter as the oil temp probe is measuring the oil temp as it enters the engine, having already been through the coolers. Since I had to sit and let the engine temps cool down with the engine running for 2 minutes prior to complete shutdown, these temps appeared normal to me. I had a sneaking suspicion I had an indication problem, but there was another culprit I wanted to check—the vernatherm.

The vernatherm is there to decide which way the oil is routed for cooling. Normally, it stays pretty much closed until the oil temp is up to around 185°, at which time it opens and then routes oil to the coolers. If it wasn’t opening, that would cause higher oil temps. A quick test is to remove it, place it in a pan of water and slowly heat it on the stove. We did this and watched it open very nicely as the water temp hit 185°. Yeah! Another thing to note is that the vernatherm really never completely shuts off all of the oil flow to the coolers. It allows a small amount of leakage to the coolers to keep them warm so oil will flow through them. Otherwise, when flying in really cold climates, it would be possible to send a nice hot slug of oil to a fully congealed oil cooler and blow it up.

Now my premise was that the vernatherm was really never fully opening up as it was not reaching 185° on the helicopter. That would explain the slightly warm feeling of the oil coolers when I touched them. My next step was to check the calibration of the gauge. Luckily, the Hughes H269 helicopter (predecessor of the Schweizer 300) was built for the military, so the maintenance manuals are excellent. It was very easy to find the resistance numbers for the various numbers on the gauge. I just happened to have enough of the right resistors around to test the various indications, which showed the gauge to be quite accurate. It must be a bad sender, so I tested that as best I could, heating it in water and watching the gauge in the aircraft. It was puzzling, in that it was not quite as accurate as I thought it should be, and in fact read high, just like in flight. Luckily, Aircraft Spruce had the sender, and while I was at it, I replaced the wiring from the sender to the panel.

Guess what? It worked. The oil temp gauge now reads in the middle of the green in flight, and still never moves. But that’s OK. The vernatherm is doing its job correctly and the engine is not really overheating at all. I’m more relaxed now in the hover and not distracted by the oil temp. We’ve since had some pretty hot days here in the upper 90s, and I have purposely hovered and let the CHTs climb from 350 to 400, with no change in oil temp, so I am very happy. I have concluded that the dual coolers are quite capable here in Atlanta.

One Solved, One To Go

The second issue had to do with the oil consumption. The book says to add a quart whenever the oil level is at six quarts. We never run the four-cylinder Lycomings in the RVs above six or they spit out oil, but I was careful to keep the level in the helicopter at seven or above. I was adding a quart every hour or two. I asked the local flight school about their oil consumption, and they had the same practice—keep it above six, and yes, they use a lot of oil. That didn’t seem right to me, especially since I cleaned and gapped the plugs every 25 hours, and they were always dry and light gray in color, meaning they looked quite normal for an 800-hour engine. One of the guys made a comment that he could see my engine spitting oil out the breather when I departed. Big clue here, as that is normally a sign of blowby, which is usually indicated by wet and oily spark plugs, which I didn’t have. But it is also a sign of an overfilled crankcase.

The light bulb went off and I decided to go home and change the oil, at which time I could accurately check the dipstick. I added the usual six quarts of oil and let it settle overnight. In the morning, the dipstick read four quarts! Well, that solved that one. I now keep it at four, and it burns about one quart every six hours, which is more normal. There are several different Lycoming dipsticks.

So, here are the lessons that I knew, and sometimes tell others, but this time I had to remind myself: Don’t always trust the gauges, and check the markings.

Did I tell you how much more fun it is when the gauges aren’t messing with you, and you aren’t thinking you need an oil well for your aircraft? 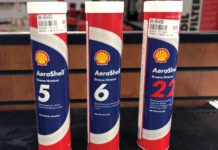 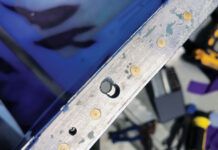 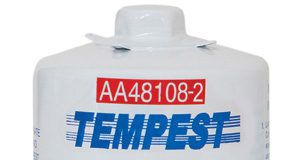