My husband the builder, after finally perfecting the electronic ignition in our RV-10, was ready to move on to another project. Feeling strongly that building a homebuilt airplane strictly for sale is not in the spirit of the law, he confined his search to amateur-built aircraft that had already been completed, but might need a little work.

Trade-A-Plane and the listservs held a host of possibilities. There were airplanes that needed refurbishing such as a new instrument panel, and there were those that just needed a few finishing touches. There were some that had not made it through their first couple of flights without significant damage from a sudden stoppage of the engine or control surfaces that somehow managed to scrape the ground while the aircraft was in motion-or worse.

Most of the builders were selling their aircraft because they felt it was just too much to ask to repair them, repair their egos, get over the post-traumatic stress associated with the accident and get back to the task of flying. We talked to a couple of them, and even missed the chance to buy an RV-7 that had taken an unfortunate dive in the dirt; the logistics of getting to the seller were challenging. Then one morning my husband opened the paper and there it was, right in our back yard.

The story in the Herald-Tribune went something like this: A homemade plane crash-landed Sunday afternoon after the landing gear reportedly ripped off. No one was injured in the crash, which occurred at around 1:30 p.m. Sheriffs deputies said the pilot, 61, was attempting to land his single-engine Experimental aircraft when the landing gear hit the ground, fell apart and flipped the plane on its roof. The pilot told investigators he was trying to land on a grass field for a smoother landing, and he reported no mechanical or electrical malfunctions.

He escaped from the plane unharmed after knocking out the cockpit window. He refused medical attention at the scene. Airport officials reported the crash to the FAA. Well, the paper almost had it right. We knew the pilot, even knew the airplane from our local EAA chapter. Not wanting to Monday-morning quarterback the event, we waited to find out what happened.

A week or two after the accident, the NTSB inspector put out his factual report: The pilot stated he entered the traffic pattern for landing, completed all required checklist items, and made a visual approach to the grass adjacent to the runway. He flared the airplane high, the airplane landed hard, separated the left main landing gear, and nosed over inverted. The airplane received structural damage to the right wing and vertical stabilizer. The pilot reported no anomalies with the airplane before the accident. Review of the pilots logbook revealed he had 67.4 total flight hours of which 4.1 hours were in make and model.

In fact the pilots airplane, a shiny new Sonex he’d worked on for five years, flipped on its nose, shattering first the wood propeller as it dug into the soil. The engine came to a sudden stop, then the canopy smashed, all after a main landing gear wheel snapped off during the fourth attempt at landing from that afternoons test flight. That attempt was on the grass adjacent to the hard surface runway because, well, the first three attempts at landing on the hard surface went so badly that consensus from a few friendly pilots who were watching (proffered over the radio) was that the pilot might have better luck getting down safely on the grass.

Ouch. Turns out it was only the second time the builder-pilot had flown his newly minted Sonex, and though he’d had extensive coaching and lots of experience taxiing the aircraft, as well as a taildragger signoff in a different light aircraft a few months earlier, he’d had no transition training in a Sonex prior to deciding to take over the test flight program in his own creation. Lack of experience and lack of currency boxed him into a canyon from which he could not climb away. And from our search for a new project, I could see that this scenario, in one form or another, plays out far more often than it should.

It is understandable that the builder wanted to fly his own creation, but it doesn’t make a lot of sense to do so without being current. But then, with 67 logged flight hours accumulated during three of the five years he was building, perhaps he finally just got fed up with how long things were taking. Perhaps it was too beautiful a day to see the airplane sit on the ground, waiting for the test pilot he’d secured, or perhaps he just wanted to be the pilot. We don’t know. Even he’s not completely sure now. What we do know is that this second flight was close on the heels of the first flight with no flight instruction in between. We also know that he’d had difficulty landing the airplane at the end of the first flight, too (by the pilots own admission). It is possible that the landing gear that separated had been damaged even before the second flight began.

But all that is history. The builder took his medicine from the FAA (remedial flight training and a second checkride for the LSA rating was prescribed). That was light penance considering what his wife doled out. She had not been a huge fan of his flying, but was always supportive even so. The accident picture in the paper turned that around, sadly and predictably. He needed to find a buyer.

That’s where we stepped in. No, we didn’t buy it, but we did agree to help rebuild the Sonex and finish the flight-test program so that it could bring a fair price in the marketplace, and well get a piece of that when the time comes as repayment for the time, effort and outlay of cash.

For the last three months our hangars been full, and the air compressor humming with the activity. Mangled metal was cut away, and new aluminum skins were ordered. We replaced the full leading-edge skin, three noseribs of one wing, the rudder, plus the top couple of ribs, skin and cap of the vertical stabilizer. The gear legs were straightened and axles were replaced. The engine, a VW from Great Plains Aircraft, went through a total teardown and inspection, in which one cylinder was reworked, and bent pushrods and all bearings were replaced. A new prop was ordered, too.

While we were at it, a few nagging issues were resolved. The glareshield went from being covered in a reflective gray carpet to being painted a matte black. The canopy ordered to replace the crushed one is an upgrade, allowing for better vision and a full 2 inches more headroom. It also sports a nice tint, to help tone down the greenhouse effect inside the cockpit.

The cowlings have been repaired and repainted, as well as the wingtips. Just last week the reassembled engine was hoisted carefully back onto its inspected, powder-coated mount. It wont be long before this hangarmate gets to wear its wings, and finally fire up and fly. Our hope is that when it does, the original builder will feel the pull that made him want to fly in the first place, and hell decide to go for some flight instruction and regain his certificates and keep it. But even if that doesn’t happen, with the market for aircraft slowly coming back to life, we know the airplane will find a good home somewhere. And that will be satisfying.

Resurrection-not a bad business to be in. 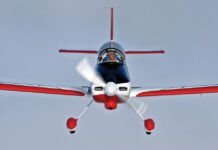 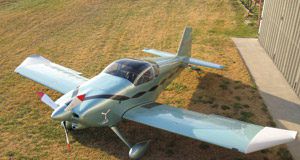 Kerry Fores - April 6, 2022
8
What from our evolutionary past predisposed us to the need for more? Always more....