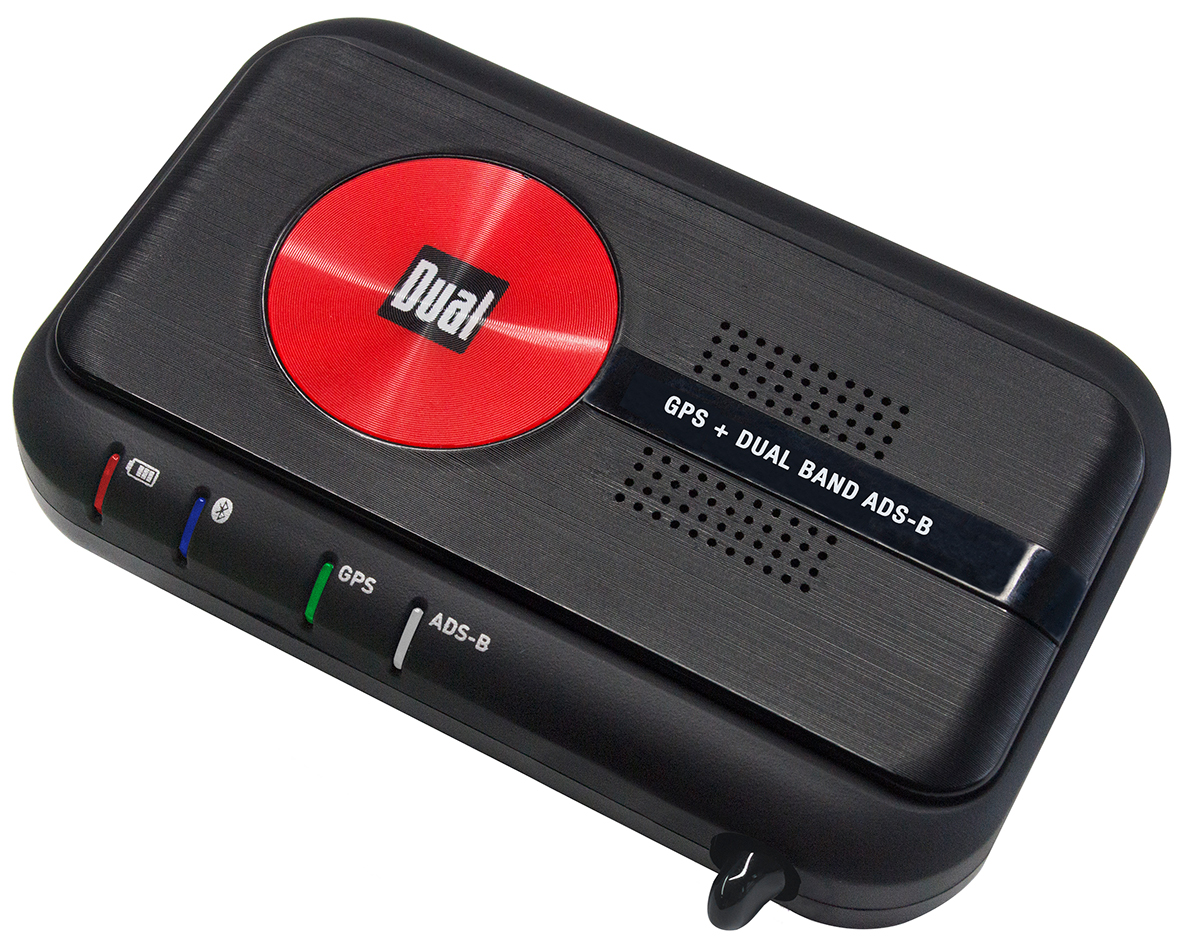 The XGPS170D builds on the success of Dual’s popular XGPS170 product by adding 1090 MHz ES signal reception for increased traffic, and flights above 18,000 feet or outside the U.S. As with its predecessor, the XGPS170D includes 978 MHz reception for weather broadcasts (FIS-B) and traffic (TIS-B), plus highly accurate GPS navigation.   The unit is fully compatible with several popular EFB Apps on iPad®, Android, and Windows® devices, and connects with up to 2 devices simultaneously via Bluetooth®.

The use of Bluetooth® connectivity, frees up Wi-Fi for other tasks or devices, and avoids switching and service interruptions that can occur with Wi-Fi connections.  One-time pairing with the mobile device takes less than a minute, and the receiver will reconnect to a paired device automatically the next time it’s powered on.  The XGPS170D internal rechargeable battery allows up to five hours of operation, and there’s a 12-30VDC charging adapter and a wall charger supplied.  In addition, the XGPS170D sits in a convenient, vibration-reducing non-slip pad, which is included.

When not in the air, it also serves as a powerful navigation tool for driving, boating, golfing, geocaching, hiking and many other activities.

The XGPS170D ADS-B Receiver is available directly from Dual Electronics at GPS.dualav.com, or from authorized resellers in the U.S. The Receiver carries a suggested retail price of $599.99, with a show special available at Oshkosh.

Detailed information is at http://gps.dualav.com/explore-by-product/xgps170d/